Sheldon van der Linde put his Rowe BMW on pole for the first of the two DTM races at the Lausitzring, beating elder brother Kelvin's Abt Audi by just 0.027s.

HRT Mercedes driver Vincent Abril, who was excluded from the Monza weekend over a fuel infringement, was the first to break the 1m31s barrier, setting the fastest time of the weekend with a 1m30.874s.

But then Monza race one winner Liam Lawson found even more time in the AF Corse-run Red Bull Ferrari 488, ending the first runs on top with a 1m30.817s.

As the drivers returned to the track in the final five minutes, 2013 DTM champion Mike Rockenfeller was the first to eclipse Lawson in the second of three Abt-run Audi R8s, before Kelvin van der Linde improved to a 1m30.726s to make it an Ingolstadt 1-2 at the top of the timesheets.

Both van der Linde and Rockenfeller improved on their final flyers, reversing their positions at the top of the order, with Esteban Muth going third in the T3 Motorsport Lamborghini Huracan.

However, there was a late surprise when Sheldon van der Linde went quickest with a last-gasp attempt of 1m30.537s in his Rowe BMW M6, edging his younger brother by just 0.027s to claim his second pole position in the series.

Rockenfeller slipped to third in the final classifications, 0.137s off the pace, with Muth the best of the Lamborghini duo in fourth. 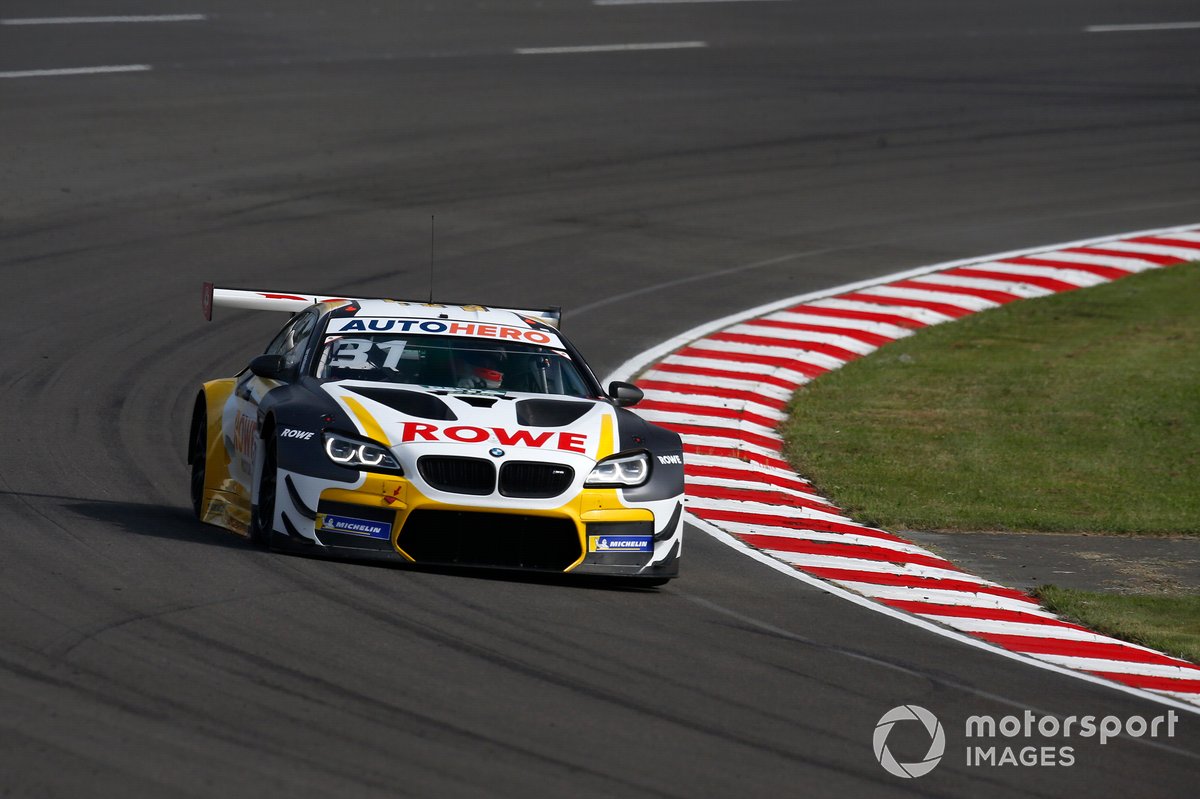 Lawson managed to gain a tenth over his previous time on his last lap but that was only good for fifth on the grid, 0.207s behind van der Linde's chart-topping time.

Timo Glock finished eighth after Rowe elected to replace the drive-by-wire system on his car in favour of a conventional steering due to a faulty sensor.

Mercedes drivers occupied the next five spots on the grid, led by Winward driver Philip Ellis and Mucke Motorsport’s Maximilian Buhk, the latter subbing for the absent Gary Paffett for the second race in a row with the veteran Brit on Mercedes Formula E reserve duty in London.

Last year’s DTM runner-up Nico Muller was surprisingly off the pace in the Team Rosberg Audi, finishing over seven tenths down on the polesitter in 16th, only ahead of Sophia Floersch, Esmee Hawkey and team-mate Dev Gore.