Having drawn level with Lawson following victory in Saturday’s opening encounter, van der Linde has now edged three points ahead of the Red Bull protege with his fifth pole of the season.

It was van der Linde’s Abt Sportsline teammate Mike Rockenfeller that led the timesheets going into the final minutes of qualifying with an unconventional single-run strategy.

The 2013 DTM champion had the track almost entirely to himself in the middle part of the session and took full advantage of the clear space to post a time of 1m37.940s, securing provisional pole.

Ultimately, that wasn’t simply quick enough for pole position, as laptimes tumbled rapidly in the last stages of qualifying. 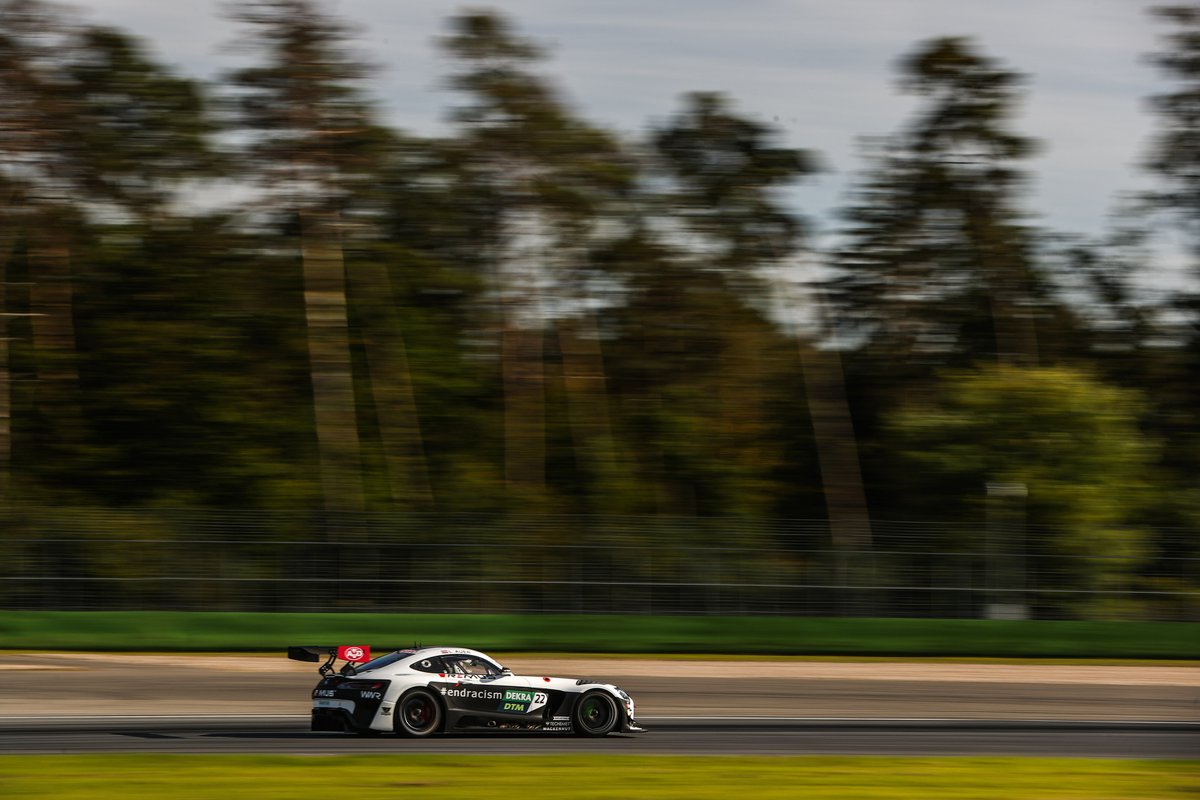 Winward driver Auer went fractionally quicker next time out to make it a provisional front row lock out for Mercedes.

However, after aborting his penultimate lap, van der Linde improved to a 1m37.392s right at the end of the session to snatch the top spot from Auer and complete a clean sweep of front rows at Hockenheim.

Assen winner Auer had to settle for second spot ahead of Maini, who equalled his best-ever qualifying result of the season in third. The two drivers were involved in a collision on the opening lap in Saturday’s race, with Maini slamming into the side of Auer’s Mercedes under braking for Turn 6.

Meanwhile, pre-event championship leader Lawson ended 0.144s off the pace in fourth after failing to improve on a 1m37.657s on his final flying lap. The Red Bull driver essentially completed a single timed run, having not set a representative time in the first 10 minutes of qualifying.

GruppeM Mercedes driver Daniel Juncadella was again in the mix as he set the fifth-fastest time in qualifying, ahead of the second Red Bull-backed AF Corse Ferrari of Alex Albon.

Rockenfeller’s previous lap left him seventh on the grid for the race, ahead of the HRT Mercedes of Maximilian Gotz and Vincent Abril.

A day after suffering a big blow to his title hopes, Walkenhorst BMW driver Marco Wittmann could only qualify 10th with a time that was seven tenths slower than van der Linde’s chart-topping lap.

Contesting his second-only qualifying in the DTM, 2016/17 Formula E champion Lucas di Grassi ended up 19th on the grid with a best time of 1m38.950s in an Abt Sportsline Audi.