The DTM looked at switching to Super GT-style two-litre, four-cylinder, turbocharged engines from 2017 as part of a joint agreement to move towards Class One regulations.

That move is understood to have been blocked by Mercedes on cost grounds and the German touring car series was forced to retain its larger but less powerful four-litre V8s.

But Mercedes will exit the series at the end of the 2018 season and switch to Formula E, and Ullrich told Autosport that clears the path for Audi and BMW to start running the same specification engine as Super GT manufacturers as early as 2019.

"With the common monocoque, with the common parts on the car that are identical in Japan and in Germany, we have from year to year done more [towards a unified rulebook]," said Ullrich, who represented Audi during the initial set of meetings between the two championships.

"The separation of the last two years was mainly the engine but this was only because one of the German manufacturers [Mercedes] didn't want to move to the four-cylinders - because in general we wanted to go together with the Japanese people.

"So it was just because one in Germany didn't want it so we continued with V8, and now they are leaving. It's not so nice but that is what happened.

"Now we [are] all prepared that in '19 we will have four-cylinder engines and we'll be very, very close."

Ullrich added that Audi is at an advanced stage with the development of its 2019 engine, which has already run on its dyno.

"We have a four-cylinder engine running since about more than half a year," he said.

"And we are working on the development of the engine, BMW as well.

"So I think in '19 engine-wise it will be quite identical." 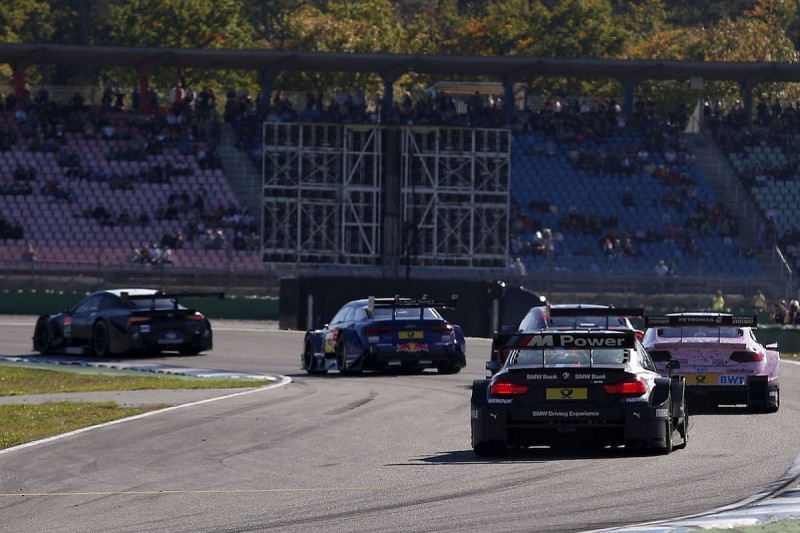 Ullrich, who stepped down from his role as Audi chief at the end of 2016, rejected suggestions that Mercedes' impending withdrawal posed a threat to the future of the DTM, and instead was confident that other manufacturers would step in.

"We think there won't be problem as other manufacturers will be interested," he said.

"And as well here it helps if you have a rulebook together with a championship like this, like the GT500 [top class in Super GT].

"Maybe somebody that comes in new and wants to come in both championships, it makes it much more efficient."