The DTM needs to come up with incentives to attract new manufacturers in the wake of Mercedes announcing its withdrawal, reckons BMW motorsport boss Jens Marquardt

Last month's announcement that Mercedes will quit the DTM in favour of Formula E has left the German tin-top series facing an uncertain future, with only Audi and BMW committed for 2019 and beyond.

While series chief Gerhard Berger expressed confidence that the championship can withstand the blow of Mercedes leaving, Audi boss Dieter Gass admitted he found the idea of a two-marque DTM "difficult to imagine" and stressed the importance of attracting another manufacturer.

"The target has to be with maximum force now, to really get potential [newcomers] attracted even more," said Marquardt.

"There will have to be some incentives, we have to work on that.

"Already there are three manufacturers in Super GT that run pretty similar regulations that are pretty close to what we have.

"So getting those closer [is Plan A], and then see what can be a Plan B."

Asked if Mercedes' pull-out would lead to a renewed push to harmonise DTM regulations with those of Super GT, Marquardt added: "That's what we have to figure out now in the discussions with everybody involved.

"We need reach out now to every potential [option] and see what would be attractive.

"In that respect, the DTM probably has to adjust.

"Now the situation has changed and we have to see what is needed - what the good things are in DTM to keep, and what maybe needs to be modified.

"We need to be open to anything. We need to widen the scope to see what can be discussed.

"The more manufacturers we have involved, the more stability you have." 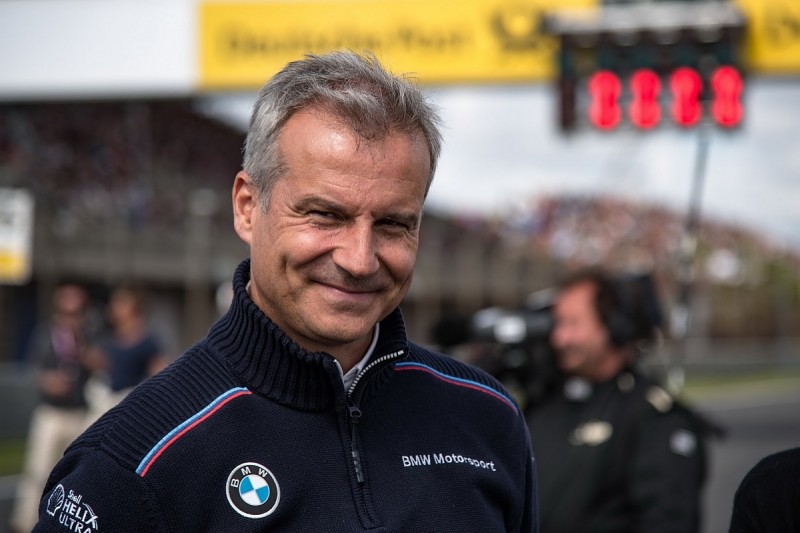 Marquardt believes that without the DTM taking action, there is no reason to assume new manufacturers will be forthcoming.

"If you are an outsider, the hurdle is very high," he said.

"There need to be changes, otherwise I wouldn't see how you attract somebody.

"You have to see overall the picture, maybe even allow other concepts [to race], and see how they can be matched together.

"But [it's possible] to make an effort and to have those cars run together for a period of time, like in the past.

"We really owe it to the fans and the supporters of the series to make the best efforts, put our own brand egos a bit to the side and push towards [what is best for] the series' future."