DTM stalwart Jamie Green says he’s still seeking opportunities with manufacturers to return to racing in 2022 after his Audi contract ended at the end of 2020, and stresses that he’s not ready to retire.

The 39-year-old Briton was a mainstay of the DTM for 16 continuous seasons between 2005 and 2020, scoring 17 wins for Mercedes and Audi and finishing second in the standings in 2015.

But since his Audi factory deal concluded at the end of 2020, the 2004 Formula 3 Euroseries champion has only raced once for Audi GT customer Sainteloc in the Spa 24 Hours, while running his two sons in cadet karting.

Green however insists that he’s not considering retirement and told Autosport that he’s actively seeking opportunities for a regular programme in GT racing, having made sporadic appearances in GT World Challenge, Italian GT and ADAC GT Masters events outside his main DTM programme in recent years.

“I haven’t got my head around retiring, I didn’t want to retire and I still haven’t retired,” said Green.

“I didn’t know what was going to happen this year. I was hopeful I may get some kind of role within Audi to continue racing in GTs but Audi already had a big pool of GT drivers and they were quite loyal to those guys, so that meant there wasn’t really any opportunity there.

“I’ve been in contact with other manufacturers since but I’m still basically available.

“I’d enjoy doing a proper programme in GT racing that I can get my teeth into and really get to know the car, because the cool thing about it is you are out so often.

“I think because I was in an Audi [at Spa], most of the people in the paddock probably thought, ‘oh, he’s still under contract to Audi’ but that actually expired at the end of 2020.” 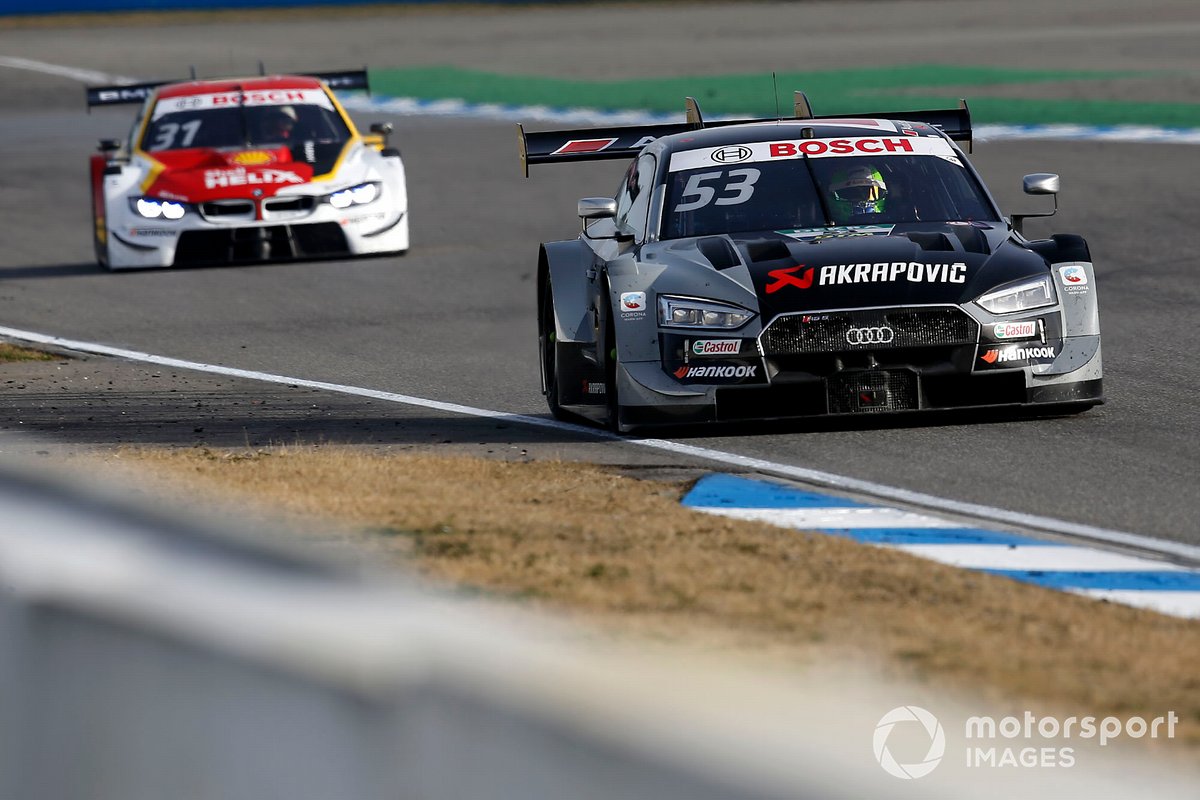 Green is optimistic that the influx of manufacturers entering the sportscar racing arena for the 2023 convergence of Le Mans Hypercar and LMDh will provide opportunities, despite never having raced a prototype.

While conceding that “LMDh is quite a long way off”, he believes that his experience of driving high-downforce cars in DTM would make up for any shortfall in multi-class racing scenarios.

“Especially up until 2017 we had significant downforce in the DTM, I’ve always felt quite at home in high-grip cars so I think that would suit me,” he said.

“If you know how to use downforce, then you’ll be fine in any car with downforce. I would say it would probably be easier for me to adapt to a prototype car than it would to a GT car.

“GT cars don’t have much downforce and are heavier, and I was still able to be competitive in that against guys who are in the car 25 weekends a year, some of them for the last 10 years.”

Green added that the changed model of the DTM, which has moved away from an all-pro series populated by manufacturer-funded teams to a series for GT3 cars with private teams often partially funded by paying drivers, would make it unlikely for him to return.

He came close to the title in 2015 and 2017, in both years thwarted by gearbox failures while leading at the Red Bull Ring.