Glock, who endured a torrid 2019 season as BMW struggled for reliability and performance, qualified seventh but rose to fourth on the first lap of the opening race.

But the ex-Formula 1 driver was then forced to drive one-handed on the straights after one of the three latches holding his left-hand door became progressively loose.

Glock was seen on camera holding the door as he entered the pits on lap 10 of 38 to make his mandatory stop and have the problem fixed, and could only finish sixth as the early stop meant he was at a tyre disadvantage late in the race.

"It just popped off at some point on lap two I think," Glock told Autosport.

"At the beginning, it was still OK but at some point, after more and more laps, the door bent more to the outside and it was getting very slow on the straights.

"I had to use a lot of DRS at the beginning to stay a bit with the train [of cars ahead] but it [the door] slowed me down so much.

"It forced us to go into the pits very early but after the pitstop, we had good pace and could catch up again but at the end, with the safety car it was clear to me that everyone else was on fresher tyres so I tried to survive and get some points." 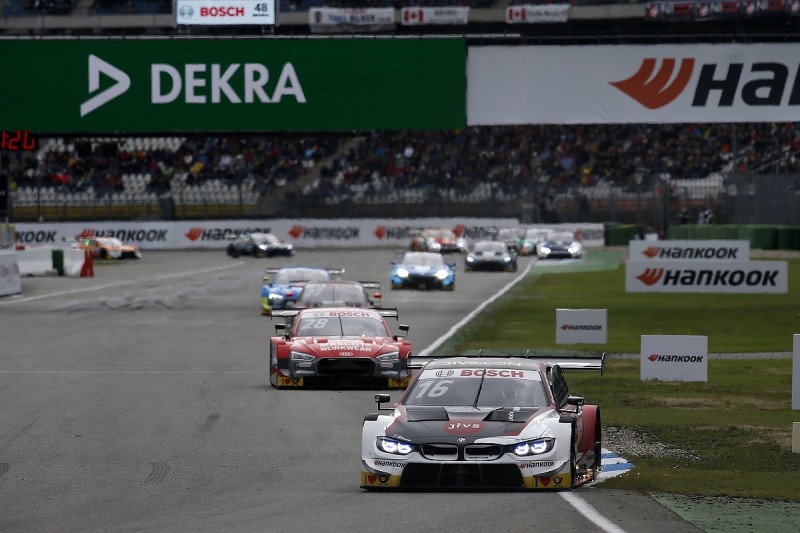 BMW motorsport boss Jens Marquardt said on Sunday that he did not know what had caused Glock's door issue but suggested it could have been early contact or a hard impact with a kerb.

"There are three latches that go into the frame and the last one, which is always the worst one, is the one that popped out and it was a question of time for when the others would go out," said Marquardt, when asked by Autosport to explain Glock's problem.

"I have to say, I don't know what happened to Timo this year. It looks like whatever shit can happen, it accumulates on Timo and his car.

"Whenever there is something on the radio - Nurburgring [for example], I heard somewhere there's a door on the track and I thought, 'Ah no, Timo's door!'.

"It was actually an Aston door, but you see the door happened [to Glock] this weekend. It's unbelievable."