The defending champion manufacturer had a torrid start to the campaign as it struggled to overcome the loss of its aerodynamic advantage under new regulations.

It took until Zandvoort in mid-July - the 10th race of the season - for Audi to win a race, also with its reigning champion Rast.

Audi's lack of form prompted speculation that it could look to performance concessions, a suggestion Audi responded to by saying it was not in its philosophy and that the current regulations gave little scope for it to seek help anyway.

Rast then became the first DTM driver to take a clean sweep in a weekend at the Nurburgring.

When Gass was asked by Autosport if Audi's improvement proved it was right not to ask for help, he said: "Somehow, yes.

"I'm happy about the things as they went. Not asking for the concession, not getting concessions, because now we can prove we can win out of our own performance.

"If we look back to the beginning of the season, it's fair to see we weren't fully sorted with the set-up. The removal of certain elements hurt us. 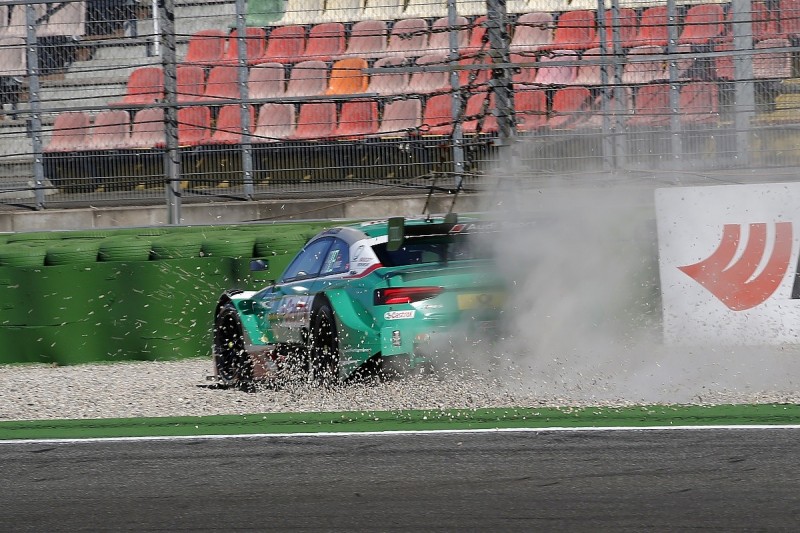 "I would say that we didn't get on as well as the competition, we were on the back foot at the beginning.

"We kept working on it and now, at least for Rene, he has a car he can fight with and be confident with. There's some way to go, but the overall package is better."

Rast is the only driver to have won a race for Audi in 2018 and has often been its lone challenger to Mercedes and BMW.

When asked how Audi could learn from Rast to help his team-mates, Gass said: "I think it's several aspects.

"Set-up is a potential element of it but not everyone can drive another driver's set-up.

"They need to have confidence in the car and know what they get from it. That's an important element in their own performance.

"In general, everybody needs to find their maximum."

Ex-F1 driver Pascal Wehrlein to part with Mercedes after 2018