The Swedish driver will switch from his usual Red Bull colours to the white, red, grey and black colours made famous by Audi Sport in the 1980s and 1990s.

The livery is to commemorate Hans Stuck's victory at the Nuremberg street circuit 25 years ago, when he won for Audi at the wheel of the V8 Quattro.

"In the early 90s, I was sitting in front of my TV watching the DTM - drivers like Stuck and [Walter] Rohrl, they were my heroes," said Ekstrom.

"Seeing my Audi RS 5 and the V8 Quattro from those days standing side-by-side with the same graphics is very special for me.

"The Norisring is Audi's home race, and I've been trying to win it for 15 years.

"Once I even made it but wasn't allowed to keep the trophy. It's one of the races I want to win at all costs.

"Obviously it would be great if it worked out on the 25th anniversary with this cool retro livery car."

Head of Audi motorsport Wolfgang Ullrich added: "This special feature is meant as a token of our appreciation of the many loyal fans that kept their fingers crossed for us in the DTM as far back as 25 years ago.

"I still have fond memories of the many red Audi caps in the grandstands, especially at the Norisring."

Audi has invited several of its former drivers to attend the Norisring race to celebrate the anniversary, and Stuck will perform some demonstration laps in the 1990 car. 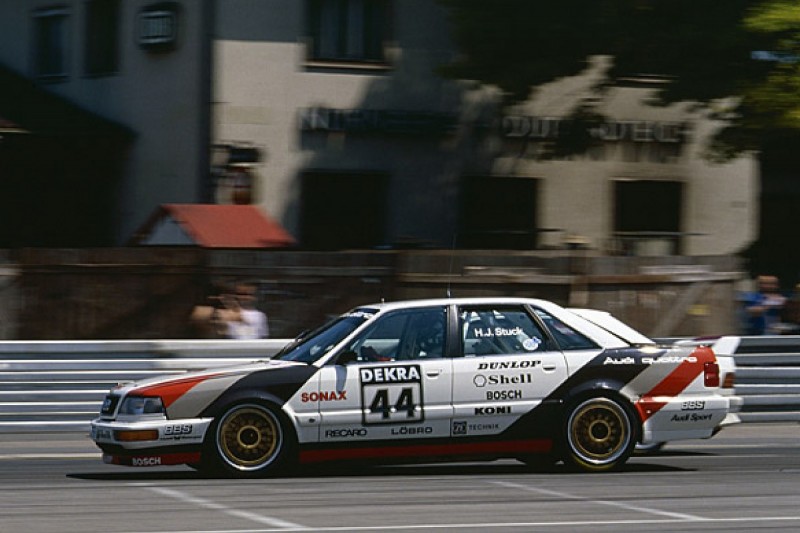