The two drivers are split by just 20 points going into the penultimate race weekend after Rast and Muller each shared a victory at Lausitz, but suffered from reliability problems.

Audi is the only manufacturer yet to break an engine seal in 2019, while both BMW and R-Motorsport Aston Martin have due to the Class One engine's impact on the reliability of surrounding parts.

Now that Audi has sealed the manufacturers' title early, it can take the option of introducing new engines for Rast and Muller on reliability grounds, while taking the penalty of neither driver being able to score manufacturers points for Audi.

Audi motorsport boss Dieter Gass admitted it was "most likely" that new engines would be introduced for Rast and Muller, rather than any other driver in its stable.

"We are still thinking about it," said Gass. "That is a strategic decision we are going to make before the Nurburgring.

"Currently, we don't necessarily see a reason to do it because we are not seeing reliability issues in the engines themselves that would lead us to make the decision.

"But obviously in the situation we are in, the worst thing would be a big issue at one stage in the final two races.

"We could still make this decision eventually. It's not yet made. We are discussing it."

The Class One engine is designed to last 6,000 miles without replacement and Gass added that the positive message Audi's reliability sends is a factor in its decision. 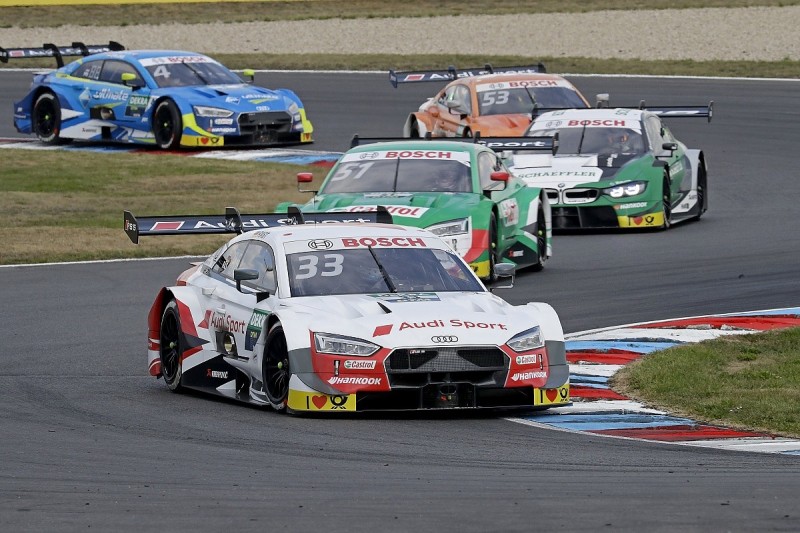 He said: "In fairness with the argument that we don't change [engines] and we have a failure afterwards, we wouldn't look good.

"On the other hand, the engines are developed to last the season, and so far we don't see a reason to change them. Then you can show the engine can do it.

"We will discuss it [engine changes] over the next two weeks."

Audi has still not fully diagnosed Rast's problem that caused him to slow from the lead of the race on Saturday, but both the driver and manufacturer believe it was an electrical problem.

"I hoped I could continue, because I had no power initially and then the car was kind of back alive, so I tried to continue, but at one point it died again."

Gass said that the problem was "electrical-induced" and that suggested it was related to either sensors or the power delivery.

On Sunday, Muller fell from third at the start to 10th and was forced into a recovery drive to second that helped minimise the damage in the title fight.

Muller told Autosport that the issue was down to a clutch problem he had developed on Friday, but that he and his Audi Abt squad opted against using a parc ferme joker to replace it.

Each DTM competitor has three jokers during 2019 and Audi also has its allocation of four it can provide to any of its drivers.

Muller said: "We already had, from Friday onwards, an issue with the clutch bite point coming in extremely late, and you only have a certain range of movement in your foot.

"When you get out of that range, you cannot control the clutch properly anymore.

"It's very easy to make a mistake and that's what happened today."