R-Motorsport endured a difficult first season in the series with its Vantage DTM, after it built four cars in just 90 days and suffered from an underpowered and unreliable engine.

While there was a breakthrough in reliability following a test after the Misano round, there were repeated engine-related reliability problems in the season finale at Hockenheim.

There had been speculation at the Hockenheim finale that R-Motorsport was considering its engine options, although R-Motorsport team principal Florian Kamelger stressed to Autosport that he had faith HWA could turn its engine programme around.

Autosport understands R-Motorsport is already working on securing an alternative engine supplier, despite HWA making a contractual offer to continue into 2020.

"Regrettably, we have been unable to establish any consensus for further collaboration with HWA AG in regard to fulfilling our commitment to the DTM, so that the only option for us now is to terminate our partnership with HWA in the DTM and to focus on the future," said Kamelger. 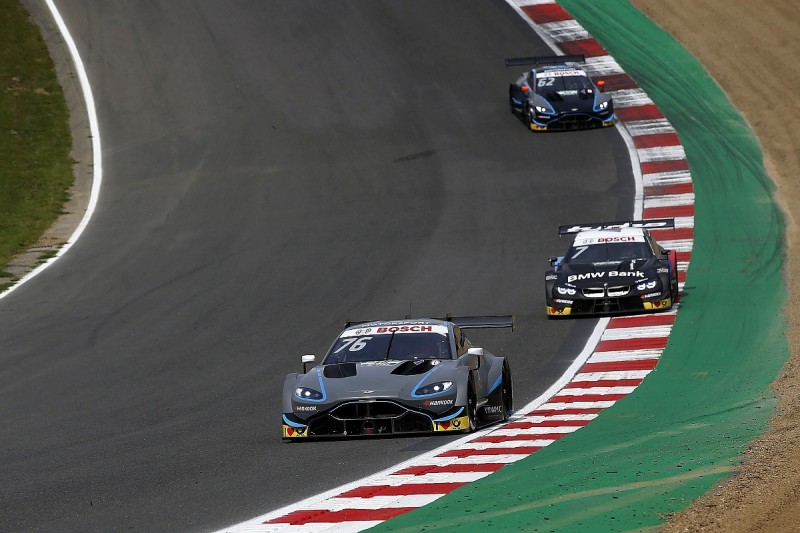 "Despite the termination of our collaboration with HWA, however, we still plan to continue our involvement in the DTM, and we will reorient ourselves in 2020 under these changed circumstances in coordination with Aston Martin."

Aston Martin boss Andy Palmer told Autosport at the Nurburgring that the manufacturer would continue to have an ongoing review of its DTM presence, after recently committing to the series for 2020.

R-Motorsport and Aston Martin made the decision to skip the joint racing between the DTM and SUPER GT at Fuji next month in order to focus on development of its 2020 cars.

Autosport understands it has sold its 2019 cars to a Chinese buyer in recent months and that it is unlikely to take part in the rookie test at the end of the year as it prepares for the coming season.

Palmer said: "Aston Martin will continue to be supportive of R-Motorsport's DTM programme with the Vatange DTM race car and their wider plans to compete in race series governed by Class 1 regulations, such as the Super GT in Japan and in Asia."

A HWA press release stated "the projects in which AF Racing AG and HWA AG continue to work together are currently being negotiated".

HWA CEO Ulrich Fritz recently told Autosport that it could continue in a different format and with other projects.