Audi secured WRT as a customer squad for 2019, which entered a two-car line-up with rookie pairing Jonathan Aberdein and Pietro Fittipaldi driving for it, earning several top-five finishes this year.

BMW had been in discussions to get a customer on the grid for 2019 but, despite talks with several interested parties, it was unable to provide a private team.

The DTM began a renewed push for customer teams after Mercedes announced its exit from the DTM during 2018 and threatened the prospect of just two manufacturers on the grid in a "bridging" year.

BMW continues to discuss a potential customer programme - with Fach Auto Tech understood to be the frontrunner.

Asked by Autosport whether Audi would be dismayed if BMW failed to sign a customer for 2020, Gass said: "Yes, it would be disappointing. 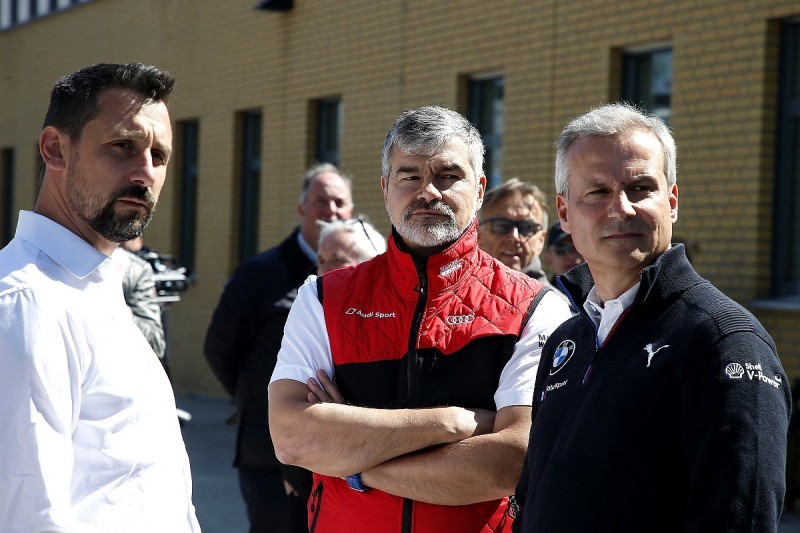 "That's what we have been working on together for some time now, and I really would like to see this happen next year."

BMW is currently undergoing a review of its DTM structure following a difficult season, in which it began strongly but increasingly fell behind Audi as the season progressed.

It recently confirmed it intended to have six BMW M4 DTMs on the grid in 2020 and Gass says "that's the important thing because we need to have the six factory cars on the grid.

He added: "Then if the customer is there it's good, and we would really love to see it, but that's not the condition."

Asked if a customer team decision was close to being finalised, Marquardt said: "We are in discussions and as I said it's not my own decision.

"I have to look at it, how do we have to organise everything when it comes to that?

"But really there have to be concepts that are fully-financed [by the customer, and not BMW] and as we all know that is not always the easiest of things to be managed in motorsport nowadays."