Rast set his best effort of a 1m25.294s on the first run during a frenzy of improvements, and then opted to remain in the garage and not take part in the second runs.

High tyre wear in the hot conditions at Misano played a part in the decision, as Hankook expects a one-stop race and all DTM drivers are allocated seven sets of slicks for the weekend.

DTM rookie Jonathan Aberdein put in his and WRT's best qualifying performance of 2019 by placing his customer Audi on the front row of the grid in second.

Loic Duval and Robin Frijns then ensured Audi locked out the top four positions by taking third and fourth on the grid respectively.

Sheldon van der Linde, who took his first pole position in the DTM at Zolder last time out, was the highest-placed BMW in fifth.

Nico Muller, Mike Rockenfeller and Timo Glock rounded were eighth, ninth and 10th and ensured no drivers inside the top 10 improved on their placings after the first runs.

Haas Formula 1 reserve driver Pietro Fittipaldi, who is filling in for Jamie Green at the Rosberg Audi squad, was 11th.

Jake Dennis was the quickest driver from the R-Motorsport Aston Martin programme and qualified 13th.

Dani Juncadella had expressed fears on Friday that Ducati MotoGP rider Andrea Dovizioso could "worry" his Aston Martin team, but he qualified in front of the Audi driver in 14th.

Dovizioso, who is making a guest DTM appearance with the WRT squad, was 1.7s off pole in 15th. 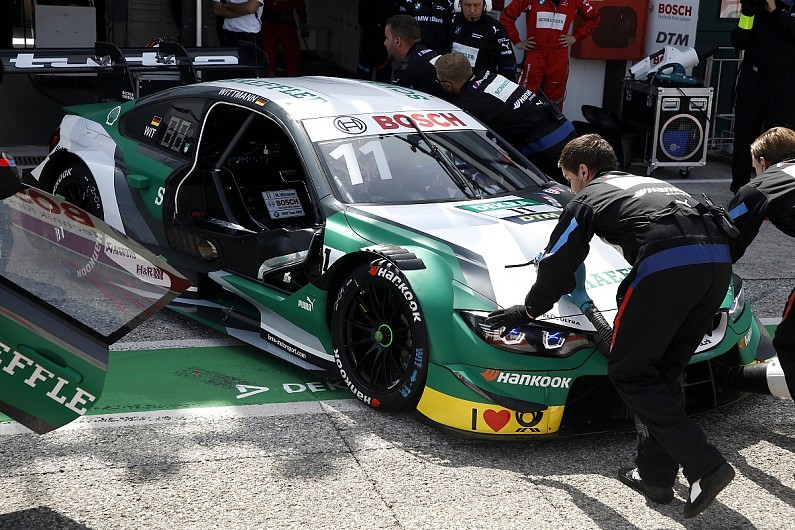 Two-time DTM champion Marco Wittmann will start 18th and last after failing to set a lap during qualifying.

TV coverage showed his mechanics working under the hood of his car, but it is currently unclear what caused his lack of running.