Ducati MotoGP rider Andrea Dovizioso says he initially found it "impossible" to find the limits of the Audi RS5 DTM car through Misano's fastest corners ahead of his category debut.

Dovizioso completed a two-day test alongside Audi factory driver Mattias Ekstrom at Misano earlier this month, completing around 180 laps ahead of his guest drive with the WRT Audi squad at next month's race.

Ekstrom was allowed to complete 20 laps across the two days to set reference times for Dovizioso and it is understood that the Italian was making set-up changes to suit his driving style by the second day.

"The biggest challenge for me was to reach the limit in the fast corners, especially in the first six or seven laps," said Dovizioso. "I simply lacked a feel for it.

"Actually, the DTM race cars generate so much downforce that theoretically you can do so much more.

"It's very different from the MotoGP bike. I knew that the DTM drivers tackle certain corners flat-out.

"When I drove those passages myself with the RS5 DTM, I thought it was impossible.

But then Mattias helped me a lot. Ekstrom and Dovizioso first worked together in 2016 when the MotoGP rider tried an EKS Audi S1 rallycross Supercar.

The two-time DTM champion highlighted a key area for Dovizioso to improve ahead of the Misano race. 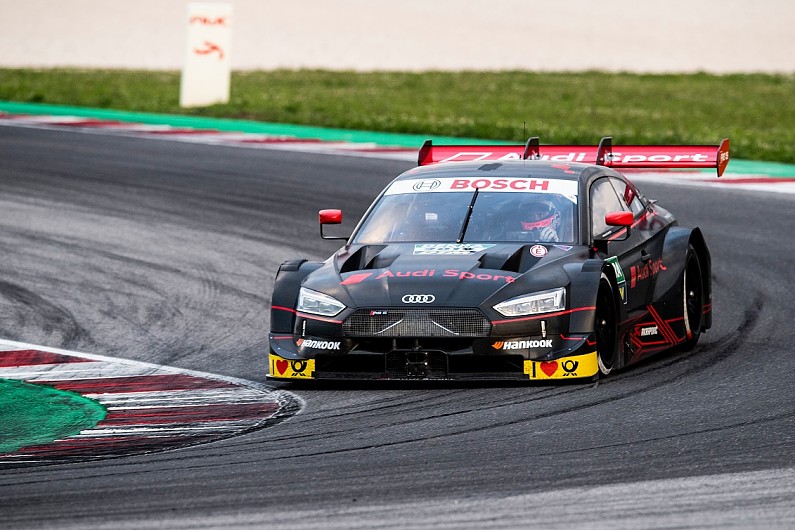 "I know [Dovizioso] has a very good approach and I like that - it's the key to his success," Ekstrom told Autosport.

"I was impressed with how he jumped in the car. The first lap you get the shock, as the sensation of speed is pretty high in these cars. He found it difficult at the start, but that is not a surprise.

"But he had a really good pace and technical feedback. It shows he wants to go fast and he has the understanding [of how to do so].

"He only needs time [to improve] for when you go sideways with the car. When [the RS5 DTM] has power steering, and you have guns for arms like his, you need to take a deep breath.

"He tenses a tiny bit and he won't feel in the steering wheel what is happening.

"I need to make him calm so he uses his skill in [feeling the car] through his neck, seeing the view and hearing the noise."

Ekstrom will be at Misano to support Dovizioso and wants to make sure "he goes home with an empty tank on Sunday".

The former Audi DTM driver added that he expects Dovizioso's race pace to be competitive so he can "follow the pack and be in the battles".