The R-Motorsport Aston Martin squad has completed its line-up for the 2019 DTM season by signing Dani Juncadella and Ferdinand Habsburg.

The pair join the previously-announced Paul di Resta and Jake Dennis at the four-car, HWA-run R-Motorsport outfit for its first season on the DTM grid.

Juncadella was part of the Mercedes line-up last year in the manufacturer's final season in the series, scoring a race victory at Brands Hatch and finishing 15th in the points.

By signing for R-Motorsport, the Spanish driver maintains his links with HWA, for which he is also a test and reserve driver in Formula E.

"Last year it seemed like there was going to be a change in my sporting life, since it was the last year of Mercedes [in the DTM] and the idea was to continue being linked to them," Juncadella told Autosport.

"It was a good year for me in the DTM in many aspects, although the final result in the championship did not show it. I wanted to continue here, especially with the change in regulations."

Juncadella was one of a number of drivers to take part in a Nissan Super GT shootout in Fuji last year, and is understood to have rejected an offer to join the Japanese marque in 2019.

"The truth is that it was a difficult decision, because it did not depend on myself 100%," the Spaniard added.

"[R-Motorsport] was my first choice because I know the engineers, mechanics and the people who work in HWA.

"It is true that I had other options, but I had to decide without knowing the [definitive] answer of Aston Martin. It has been a difficult winter in that sense, because I had to set aside other things that perhaps were also attractive."

Habsburg's move represents a change of career tack for the 21-year-old Formula 3 European Championship race winner, who has spent five seasons in single-seaters.

His biggest F3 moments with Carlin came with a victory at Spa in 2017, and a dramatic almost-victory in the Macau Grand Prix later that year, before he slumped to 13th in the championship last season.

But Habsburg has made steps into roofed racing - he finished fifth in last year's Daytona 24 Hours, and also contested an International GT Open round at Estoril in a Mercedes-AMG GT3 with his manager Jamie Campbell-Walter.

Habsburg appeared to move into the frame for the R-Motorsport seat in December - he was due to join Audi for the annual DTM Young Driver test at Jerez, only to make a last-minute switch to the HWA Mercedes line-up for the running. 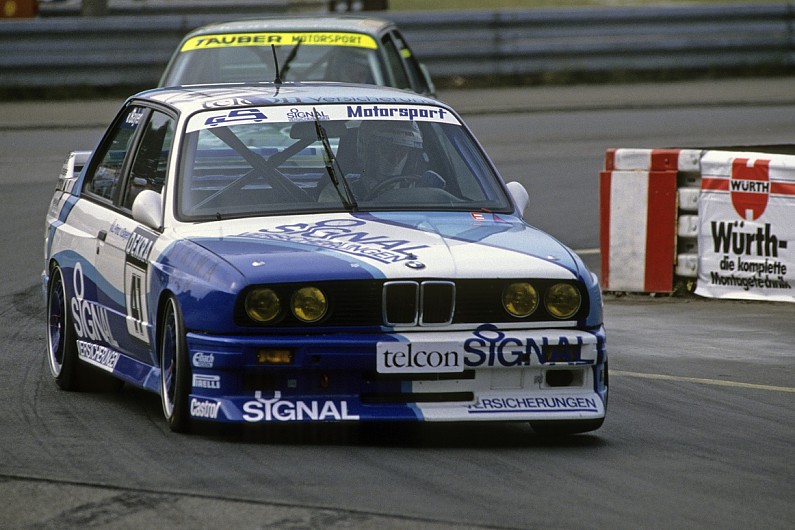 Archduke Ferdinand Habsburg will not be the first member of European royalty to compete in the DTM.

The Bavarian Prince Leopold von Bayern was a BMW driver in the series during the 1980s and early 1990s, taking a best finish of second at Avus in 1984 in a 635 CSi.

Von Bayern is actually the fourth-cousin of Habsburg - both are descended from Archduke Franz Karl, whose granddaughter, Archduchess Gisela of Austria, married von Bayern's great-grandfather (who was also called Prince Leopold) in 1873.

Von Bayern is pictured in a BMW M3 at the Norisring in 1989.