Audi has announced its factory driver line-up for the 2019 DTM season.

It has decided against making any changes, with the six drivers that represented it this season all staying put with the same teams into next year.

Rast, the 2017 champion, won the final six races of this season as Audi found form after a poor start to the campaign, but he fell four points shy of beating Mercedes' Gary Paffett to the title.

Robin Frijns and Nico Muller will continue to represent Abt Sportsline, while Phoenix retains Loic Duval and Mike Rockenfeller.

Audi's head of motorsport Dieter Gass said there was no need to change any drivers or reshuffle their team places going into the DTM's new Class One rules era (pictured testing, below).

"In Loic, Robin, Jamie, Nico, Rene and Mike we already had an extremely strong driver squad in 2018," said Gass.

"In my view, they're the right six for Audi Sport. All of them have the potential to battle for the DTM title. 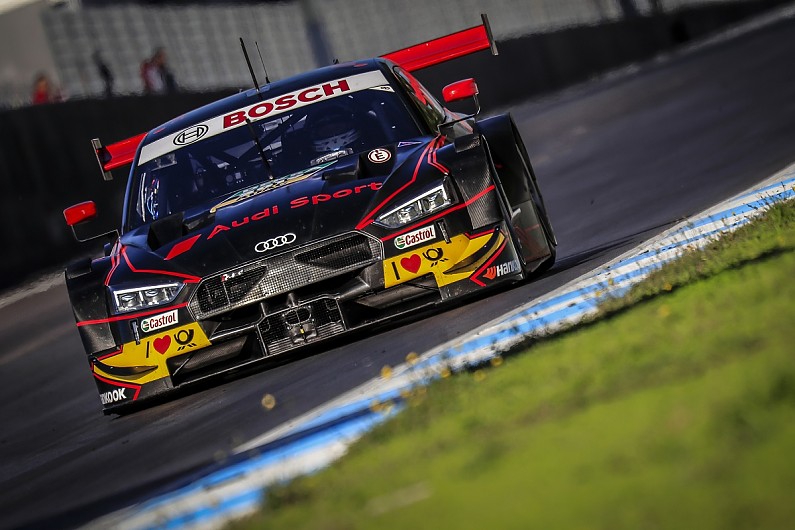 "Aside from that, they again proved to be extremely good team players last season.

"In the past, we changed the team compositions from time to time.

"However, in the current pairings, the drivers complement each other perfectly so that we didn't see any room for improvement in this respect."

There will be eight Audis on the 2019 DTM grid as its long-time GT partner WRT is joining the series to field two customer cars.

WRT's line-up is yet to be announced, but last week Audi tried seven new drivers in the traditional end-of-season rookie tests.

Ex-Williams Formula 1 racer Sergey Sirotkin, World Rallycross star Andreas Bakkerud and European Formula 3 frontrunners Sacha Fenestraz and Jonathan Aberdein were among the drivers trying Audi's DTM car in the Jerez sessions - in which WRT was involved alongside the works team.