BMW motorsport boss Jens Marquardt says the Aston Martin project must not be seen as the "long-term saviour" of the DTM, and the series must find more brands for stability

Following the exit of Mercedes, the DTM managed to attract a third marque to join the grid in 2019 in the form of Aston Martin.

Aston Martin will be represented via a new tie-up between R-Motorsport and HWA, the latter of which steered Mercedes' spell in the series.

The third brand has joined as the DTM moves to the Class One rules for 2019, a common set shared with Japan's Super GT series.

Marquardt said that the DTM must not back off with its efforts to attract even more manufacturers just because it has managed to fill the void left by Mercedes.

"I don't know if they are the long-term saviour," said Marquardt of the R-Motorsport Aston Martin effort.

"They are a third manufacturer, but I think the target has to be on to put the championship on as many pillars as we can.

"Private teams are part of that as well - and private teams with the possibility to perform on the level of a works team, meaning they get exactly the right material, the same chances.

"I think the past has taught us that if you rely on very limited shoulders, stability is always a bit fragile.

"To put it on as many shoulders as you can is for sure the best way.

"With Gerhard [Berger, ITR chairman] the discussions are that Aston Martin is one step, or R-Motorsport or whatever you call it.

"For sure with Class One regulations, the target mid-term has to be to get even more manufacturers involved and more teams established, to get as much stability as you can." 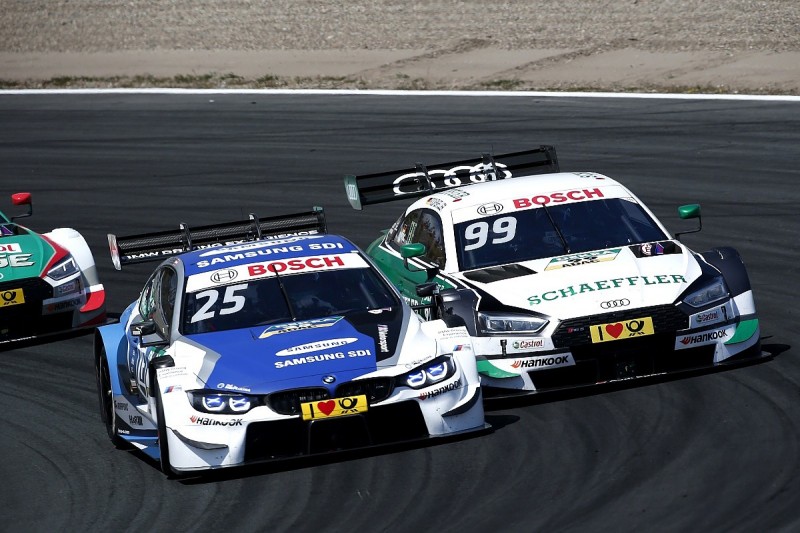 The R-Motorsport Aston Martin effort will not be factory-backed in a fashion akin to BMW and Audi, meaning the marketing impact is likely to be limited.

Marquardt says he is not concerned by this.

"That has been the aim and we'll continue with that.

"Obviously it [the DTM] gives you good activation opportunities, because you have cars that at least look like your production cars, you have close relationship to the brand, you can feature a lot of your product there.

"But I don't see it as necessary to be like that. The package has to be interesting for people to come and see.

"That needs to be recognised and that what's we need to work on.

"I think they [the fans] are more interested in teams and drivers than they are in huge manufacturer displays."

Marquardt added that BMW is still planning to run up to two customer cars in 2019 in a move that would mirror Audi's recent commitment to field a pair of extra cars via the customer WRT squad.