BMW could be prepared to send factory Class One cars to compete in the Super GT championship in future, says its motorsport boss Jens Marquardt.

Super GT and DTM agreed a deal to adopt a common ruleset earlier this year, as the German tin-top series ditches its normally-aspirated V8s in favour of new four-cylinder two-litre turbocharged engines.

The move creates an opportunity for a Japanese manufacturer to join the DTM in the future, and could also lead to Audi and BMW sending cars to race in Super GT.

Asked about that prospect by Autosport, Marquardt said: "It is for sure an option.

"But it would mean we would basically reduce the amount of cars we run in Europe.

"If we need to run six or eight cars in Europe, the chance to then put additional cars in the Japanese series is quite limited.

"Whereas in the future, if - with private teams and manufacturers - we could cut down to four factory cars, why not?

"Also [it becomes easier] if Super GT is expanding more to an Asian rather than purely focused on Japan, because a national championship is always less attractive than a regional one.

"This is also the reason why with the ITR we worked so hard on making the DTM a more European championship rather than a German championship, and being 50/50 [with races in Germany and the rest of Europe] is one of the first steps in that direction." 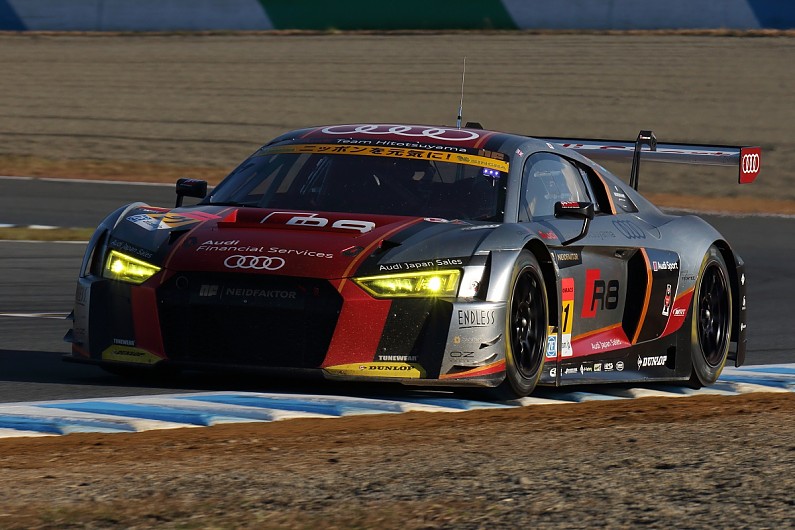 "It's possible, obviously," he said. "Currently we are not planning that for the near future. First of all, never say never.

"I was at Sugo two years ago and there is a Japanese team running [Audis] in GT300, Hitotsuyama, and they came to see me and they would be definitely interested to run cars.

"Currently one step after the other, we get the thing up and running and then we see if and how we can possibly expand."

Marquardt added he remains hopeful the move to Class One rules will entice one of Honda, Lexus and Nissan to consider a move to DTM in future.

"That was always the idea behind the Class One regulations, that we give the opportunities to all manufacturers in DTM and Super GT to have cars come across, if they feel the market and the platform is right for them," he said.

"Obviously there have been discussions, and the joint events [the two DTM/Super GT crossover races planned for 2019] are sort of a way to tease that and test it a little bit."