Stephane Peterhansel has extended his lead in the 2021 Dakar Rally with a dominant victory in Stage 9, as Nasser Al-Attiyah and Carlos Sainz Sr both hit trouble

What had been a six-minute gap between Peterhansel and Al-Attiyah was nearly tripled on Tuesday's stage as the X-raid Mini driver secured his first stage win of 2021, boosting his chances of securing a record-extending 14th Dakar title.

While Peterhansel was at his usual best, consistently running at the front, Toyota driver Al-Attiyah lost time with two punctures and navigation troubles on a day that could prove crucial to the outcome of the rally.

Al-Attiyah was fortunate to finish second in the stage, but now sits 17m50s down on the French driver in the overall standings.

Reigning champion Sainz also endured a difficult day, losing over 22 minutes after stopping to fix a brake problem on his Mini buggy.

Yazeed Al Rajhi was just another 25s adrift in the leading Overdrive entry, while Brian Baragwanath put the Century marque back inside the top 10 after a difficult marathon stage, finishing 13m51s down on Peterhansel in fifth.

With just three stages to run, Peterhansel is well clear of Al-Attiyah at the top of the overall standings, with Sainz now an hour down on his team-mate and likely out of the fight for victory.

Jakub Przygonski and Roma remain fourth and fifth respectively, while Al Qassimi has jumped Vladimir Vasilyev for sixth. Prokop is eighth but is less than four minutes ahead of De Villiers in ninth, with Optimus driver Christian Lavieille in 10th. 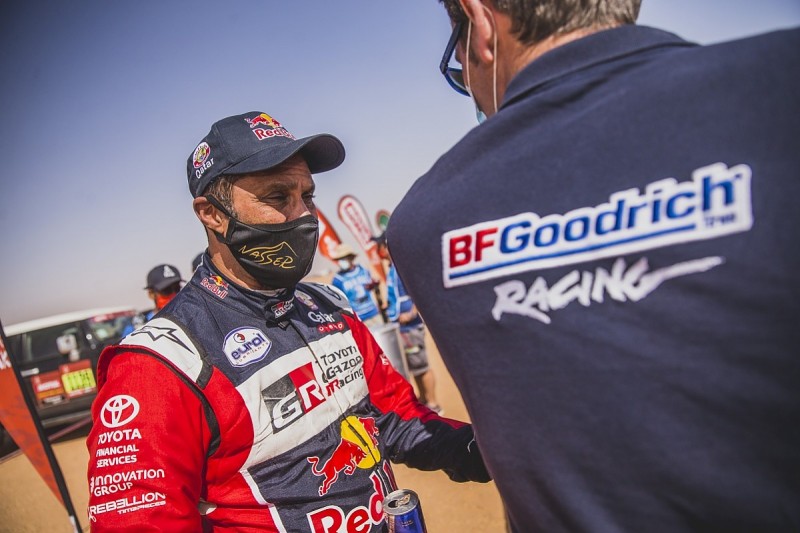