GCK Energy and Saudi-based solar energy firm Desert Technologies are ramping up its provisions for solar energy to power the Dakar bivouac and supply charging points for electric vehicles in preparation for its shift towards entries run on renewable power.

GCK Energy's demonstration at this year's Dakar is part of the ASO's plan to run an autonomous bivouac structure by 2024, while organisers aim for all race vehicles to be powered by green energy by 2030.

The set-up was showcased at this year's Neom bivouac, with 630 solar panels capable of producing up to 1.2 megawatts of energy per day, while GCK Energy's storage plans will allow the electricity to be stored and provide charging points throughout the area.

"Our vision is to create a bivouac powered by clean energy," Gilles Rocchia, founder of Socomec and GCK Energy, told Autosport.

"The energy stored during the day is used to power our facilities, our fully electrical GCK E-Blast 1 car and the press room and the video walls of the organisers. 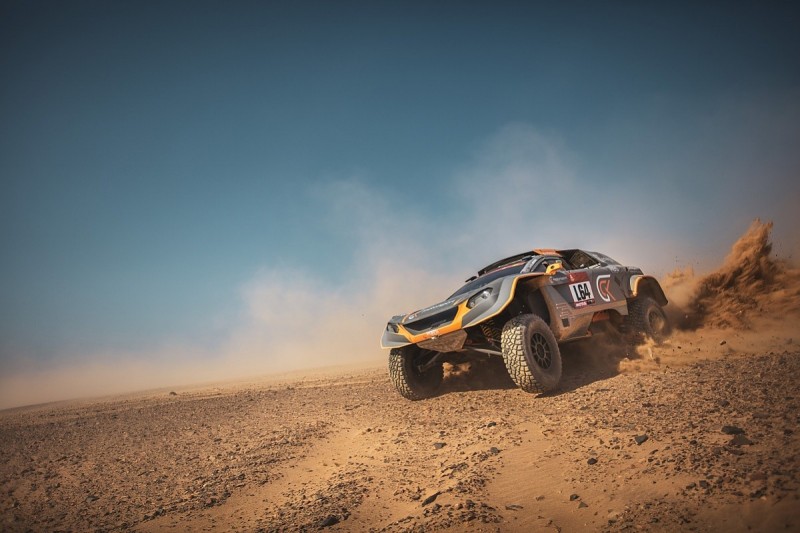 "The idea is to power all the facilities of the organisation on the bivouac with clean energy.

"We are ready to power the 2022 ASO facilities. We are speaking about three containers plus one for the storage, so the number are not astronomic.

"The set-up time is also very reasonable as it took only four hours for the current installations."

The move follows the planned shift to electric and hydrogen competition at the Dakar, with Audi set to enter a hybrid car for the 2022 event partly derived from its Class One-spec DTM engine.

"Renewable and clean energy is the trend that ASO has decided to embrace," Dakar rally director David Castera said.

"The announcement of Audi joining the rally with a hybrid model will be followed by other manufacturers and we had the demonstration of what GCK Motorsport can do." 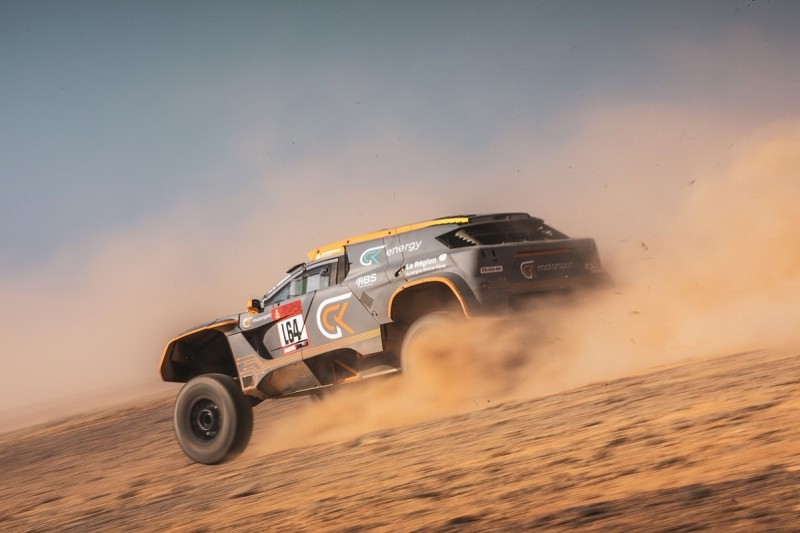 During a presentation at the Dakar, Castera revealed plans for an alternative energy category in 2022 for competitors racing in hybrid, electric or hydrogen-powered cars and trucks, with four projects presented.

In the car category, Sven Quandt, CEO of Q-Motorsport, aims to run cars for Audi with a project to produce a fully electric vehicle developed by Audi Sport.

Cyril Despres and Mike Horn presented a Gen-Z project targeting to be at the start of the 2023 Dakar with a hydrogen-powered car.