Alonso finished 13th during this month's Dakar in Saudi Arabia at the wheel of a factory Toyota Hilux 4x4, although the two-time Formula 1 champion showed strong pace for much of the rally and came close to winning a stage during the second week.

However, two major incidents - hitting a rock on stage two and suffering a double rollover over a high dune on stage 10 - likely cost him a place in the top 10 overall.

The Spaniard said in the aftermath of his finish that he has yet to make any decision on further attempts at the Dakar, but added that any return would be with the aim of winning.

Ickx - an eight-time grand prix winner who contested the Dakar with Citroen, Peugeot, Porsche and Lada - won the event in 1983 in a Mercedes (pictured above) and also finished runner-up in 1986 with Porsche (pictured below). 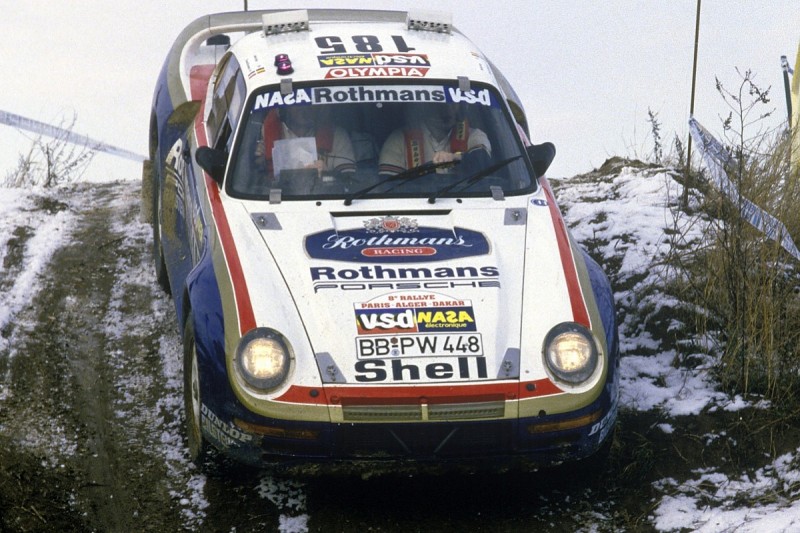 "The timing is very good because he is a breath of fresh air in terms of the credibility of the Dakar," Ickx told Autosport.

"Fernando's presence with the qualities and the results he has, with the years that he has been racing, the reputation that he has and the fighter that he is, it's very important for the race.

"Maybe we are expecting too much from him because off-road racing requires a lot of experience. I prepared for the Dakar in only six months.

"The advantage I had was I did a lot of off-road races before, so I knew how to read the terrain.

"But I still had a lot to learn and I made a lot of mistakes before I won. You learn one thing every day, and sometimes you avoid problems just by luck.

"I hope he repeats this experience because I am sure he has the talent to win it.

"But at the moment he lacks the experience.

"Even if you listen to everyone, you need to have dramatic experiences, like getting stuck, racing in the dust or hitting rocks before you can start to understand everything.

"But he has approached it with a lot of humility, in a positive way." 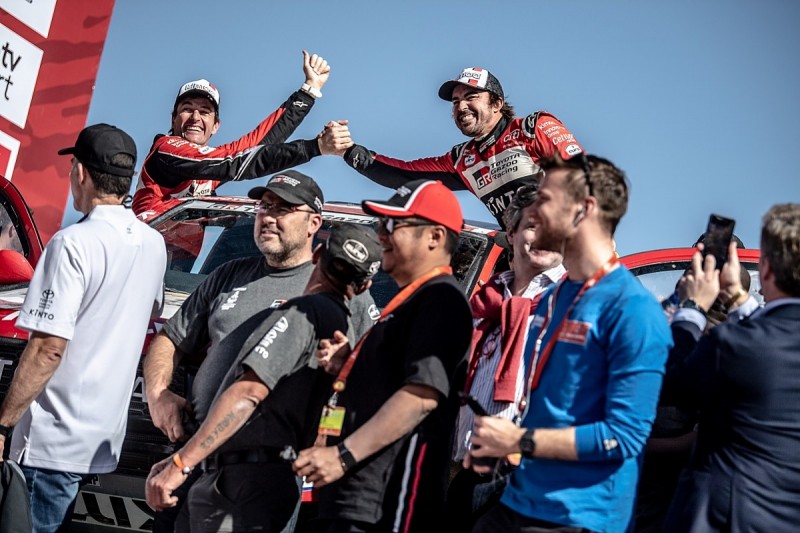 Alonso's first attempt on the Dakar was only his fourth rally-raid event, following a build-up comprising entries in the Lichtenburg 400, Morocco Rally and the Ula Neom Rally, in which he and co-driver Marc Coma finished third.

Coma said he was "proud" to have helped Alonso mature into a top-line rally-raid driver after being selected to work as his navigator.

"All this preparation has paid off," said the five-time Dakar bikes champion.

"If we look back to our level in August and where we are now, there has been an impressive leap.

"I am proud. I have tried to transmit all my experience, my way of understanding the race and reading the terrain, and he [Alonso] absorbed it very quickly.

"I'm glad Fernando has taken advantage of this to be competitive, to make it to the finish and with a pace very similar to the drivers ahead."