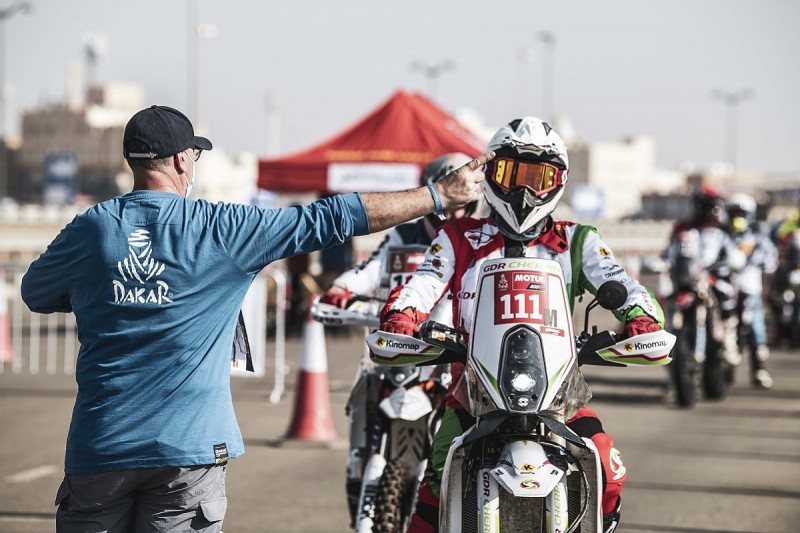 The Frenchman, competing in his fourth Dakar and first since 2015, crashed 178km into last Sunday's seventh Dakar stage.

After being found unconscious he was rushed to hospital in Sakaka for surgery before being placed in an induced coma.

The 52-year-old, who was riding a Husqvarna in the 'Original by Motul' category for riders running without external assistance, was then transferred to hospital in Jeddah ahead of the trip back to France, however he sadly passed away before arriving back in his homeland.

"During his transfer by medical plane from Jeddah to France, Pierre Cherpin died from the injuries caused by his fall during the seventh stage from Ha'il to Sakaka," read a statement from the event.

"The rider crashed at 178km, around 1:00 pm. Doctors found him unconscious when they reached him by helicopter. Taken to Sakaka's hospital, the medical report revealed a severe head trauma with loss of consciousness.

"Urgently operated in neurosurgery, he had since then been kept in an induced coma, his condition having remained stable over the past few days.

"He was airlifted from Sakaka to Jeddah's hospital from where he was going to be transferred to Lille's hospital."

The Dakar statement continued: "This 52-year-old entrepreneur and sailing enthusiast, had no other ambitions than to live an adventure, without really worrying about the podium: 'I am an amateur, I don't want to win but to discover landscapes that I would never have had the opportunity to see otherwise. Everything is exciting: riding the bike, living your passion, getting to know yourself'.

"The entire Dakar caravan would like to extend its sincere condolences to his family, relatives and friends."