Nasser Al-Attiyah secured a fifth stage win of the 2021 Dakar Rally on Thursday, but was unable to make a major dent in Stephane Peterhansel's lead ahead of Friday's showdown

While both Sainz and Al Qassimi enjoyed brief stints in the lead later on, Peterhansel remained predominantly at the top throughout the stage, arriving at the final waypoint with an advantage of 29s from Toyota rival Al-Attiyah.

However, the French driver lost more than two minutes in the last 26km section towards the finish line, allowing Al-Attiyah to come through and take the stage win by 1m56s.

Sainz finished another 30s adrift in third, losing nearly five minutes between checkpoints 3 and 5 shortly after ceding the lead to Peterhansel.

Overdrive Toyota driver Yazeed Al Rajhi finished four minutes off the lead in fourth, despite having to open the stage after claiming a second win of 2021 in Thursday's special.

Five-time bikes winner Cyril Despres (PH Sport) equalled his best finish of the 2021 Dakar so far in fifth, while Wei Han was a surprising sixth driving a SMG buggy.

Factory Toyota driver Giniel de Villiers narrowly beat the X-raid 4x4 of Vladimir Vasilyev to seventh, with Al Qassimi dropping to ninth in the final order after losing time in the final sections of the stage.

Ahead of Friday's 12th and final stage, Peterhansel heads the overall standings by 15m05s from Al-Attiyah, with a record 14th Dakar win in his sight.

Sainz sits well over an hour adrift in third following a troubled first week, with Przygonski and Bahrain Xtreme driver Nani Roma staying fourth and fifth respectively despite not featuring in the top 10 in Thursday's stage. 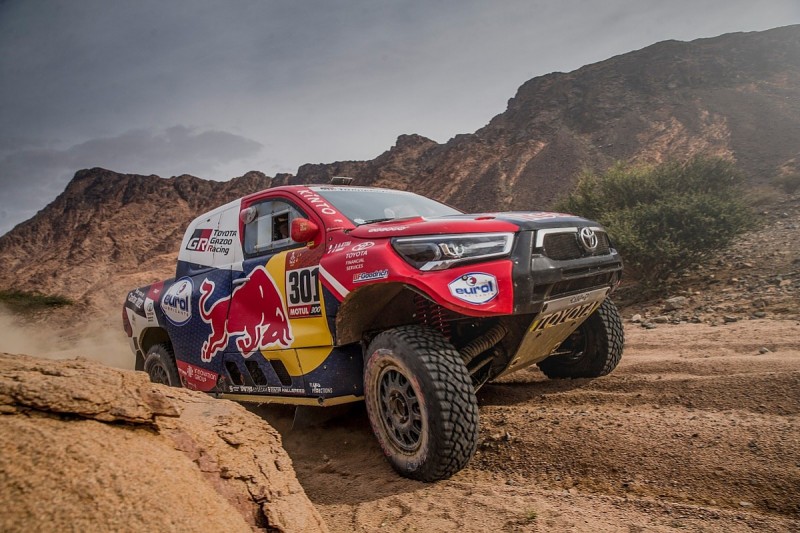