Both three-time Dakar winner Sainz and WRC champion Loeb lashed out at the roadbook over the course of the two-week marathon in Saudi Arabia in January, having lost heaps of time with unrelated navigational troubles.

X-Raid Mini driver Sainz said he was “fed up” after getting lost in the desert twice in the first three days, describing the event as a "gymkhana than a rally-raid”, while Loeb felt he could make little difference to the outcome in “a race of co-drivers and not drivers.”

The comments followed a major change this year, with roadbooks handed to each crew 15 minutes prior to the stage instead of the previous evening, leaving them with no time to add their own notes - although Dakar tried to compensate for this by supplying more detailed roadbooks.

Castera initially responded to Sainz and Loeb back in January by saying organiser ASO is not making the roadbook “difficult on purpose”, but has offered a more detailed answer in a presentation for the 2022 Dakar rally.

Castera, who took up the role as Dakar chief in March 2019, said he will ensure navigation will not play as big a role in next year’s event as it did in 2021 - but warned that he can’t “betray the discipline” and take away the navigational challenge altogether from Dakar.

"Well, the criticism came from one person out of 300 on a Dakar,” said Castera. “No, but it's true that it came from two who have done WRC, Sebastien Loeb and Carlos Sainz. 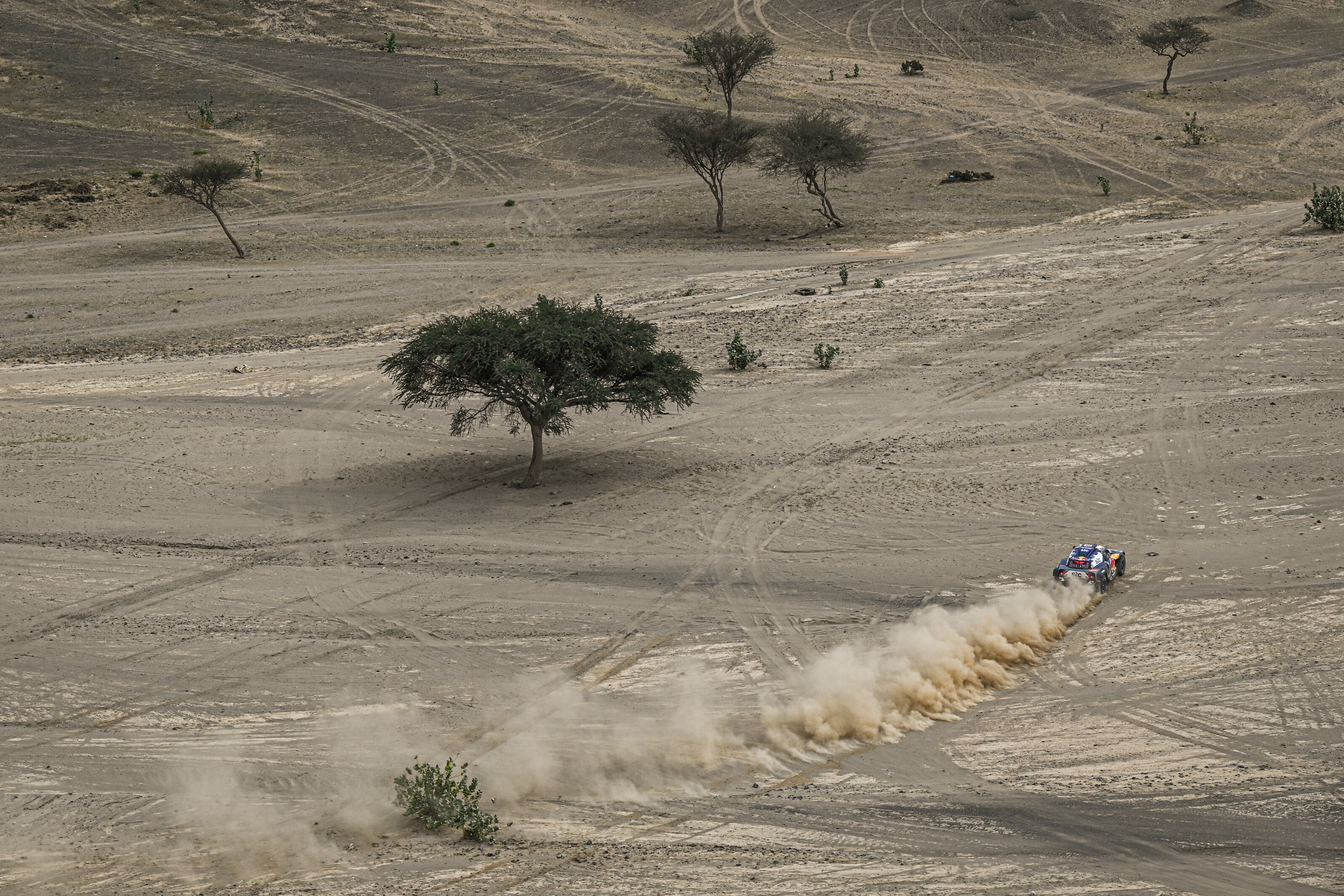 “For me, in French we say le Gardien du Temple, I am the guardian of the essences, who watches over the spirit of rally-raid: endurance, more adventure, more driving, more navigation.

“I am here to find a balance between these pillars of the rally-raid spirit. It's true that sometimes one can be more important than the other, as was the case last year with navigation.

"Next year I want to find a better balance, but what the drivers don't understand is that I'm not trying to make it extremely difficult.

“When we do the reconnaissance in October the roads are perfectly visible, but until the race takes place it rains, it's windy, a lot of people pass on a parallel road. So it can be much more difficult when the drivers complete the stages, but sometimes it can be easier too.

"It's very complicated to find this balance, but it's my job and I will try to adjust it, but I will never remove the navigation pillar, otherwise I betray this discipline. Loeb, Sainz and the others have to understand this very well, otherwise they have nothing to do on the Dakar".

Castera, who was Cyril Despres’ co-driver at Peugeot from 2016-18 and then Stephane Peterhansel’s navigator at X-raid in 2019, acknowledged that navigation has become more complex since the rally left South America in 2020 and that it is something the competitors must come to terms with and adapt to.

"It used to be very easy in South America, which I know because I organised 10 Dakars there and also did it as a co-driver: there was little navigation,” he said.

“But Carlos also has a very big problem. Those images in which he was seen going in one direction and in the other like a remote-controlled car, that can't be, nobody does that.

“I have done one Dakar with Peterhansel and three-four with Despres and when we had a problem, we stopped, talked and took a decision together..

"We won stages even if we stopped for a minute or two. That's something that Carlos and Sébastien also have to understand, that it's part of the race, that in Saudi Arabia it's very different from the previous philosophy and they have to change their mindset.

“Navigation is part of the Dakar and will remain so. What I understand very well is that it doesn't have to be a lottery and that's the job I have to do now.”