Sebastien Loeb has completed a hat-trick of 2023 Dakar Rally stage wins by triumphing on the 10th stage, as overall leader Nasser Al-Attiyah maintained his advantage without a fuss.

The Bahrain Raid Xtreme driver led from start to finish on the 114km Haradh to Shaybah stage, the shortest contest at this year’s Dakar Rally, eventually taking the win by 3m04s over Audi’s Mattias Ekstrom.

It marks Loeb’s fourth stage win at the Dakar Rally this year.

Stage nine was marred by drama due to Carlos Sainz’s retirement from the event due to car damage and tragedy following the death of a spectator, but the 10th stage was thankfully tame with no major incident hitting the frontrunners in effectively what was a sprint stage finished in under two hours.

Standout Dakar rookie Lucas Moraes chipped into Al-Attiyah’s overall lead by finishing in third place on stage 10, beating the defending champion in fourth, but only took minor 23s out of the Toyota driver’s overall lead.

It meant Al-Attiyah’s lead in the general classification has been fractionally slimmed to 1hr21m34s by Moraes, with Loeb still in third place overall, over 15 minutes behind the Brazilian. 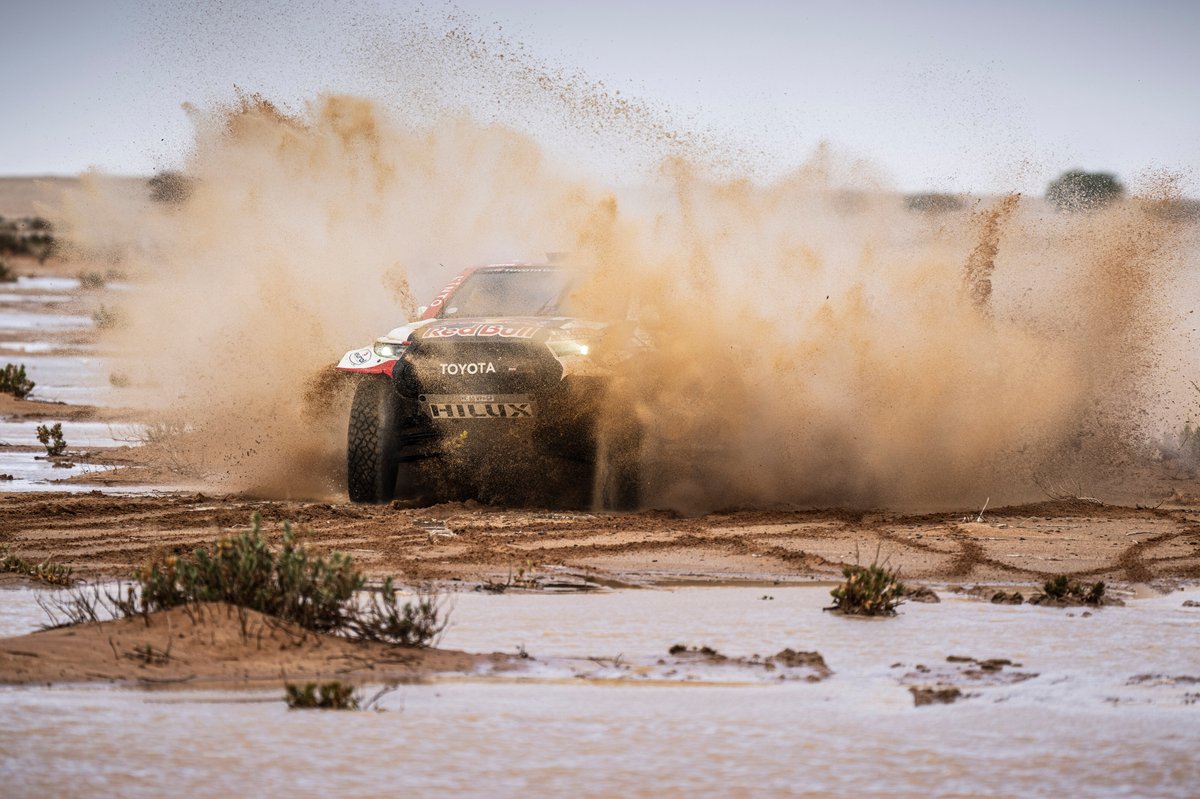 Toyota duo Henk Lategan and Giniel de Villiers both remain comfortably inside the top five, with Lategan in fourth and adding five minutes to his gap on de Villiers in fifth which now stands at close to 23 minutes.

Due to recent retirements the overall classification gaps have become stretched out, with Wei Han nearly 45 minutes off Baragwanath but still a comfortable ninth place for Hanwei Motorsport, with Juan Cruz Yacopini completing the current top 10 for Overdrive.

Ekstrom, Audi’s sole entrant left running in the Dakar due to retirements for Sainz and Stephane Peterhansel, can only target stage wins for the rest of the event given he is nearly seven hours behind leader Al-Attiyah overall and outside of the top 20.