Audi has confirmed Carlos Sainz has withdrawn from the 2023 Dakar Rally after a heavy accident in which he overturned on the ninth stage on Tuesday.

The bad news was confirmed as night closed in on the Dakar Rally bivouac, and Sainz dropped out for good after his major accident on the ninth stage - won by Sebastien Loeb - of the world's toughest race.

The Spanish driver received medical assistance for chest pains and even got into the medical helicopter, but returned to try to get his Audi RS Q e-tron E2 back to the bivouac after just five kilometres of the special stage.

However, Audi has confirmed Sainz and co-driver Lucas Cruz withdrew from the race in Saudi Arabia because the car had received structural damage to the carbon fibre monocoque chassis, making it impossible to repair before setting off on the next stage.

The German outfit had hoped not to have to report it, and beforehand, communicated through Audi director Rolf Michl that they would try to fix the problems and make a final decision on the night of Haradh.

"Fortunately, both Carlos [Sainz] and Lucas [Cruz] are completely safe, healthy, we have spoken to them and even though it was a strong impact, they are completely fit," Michi said.

"They've had a check-up, they've been to the physio and we hope they can sleep. 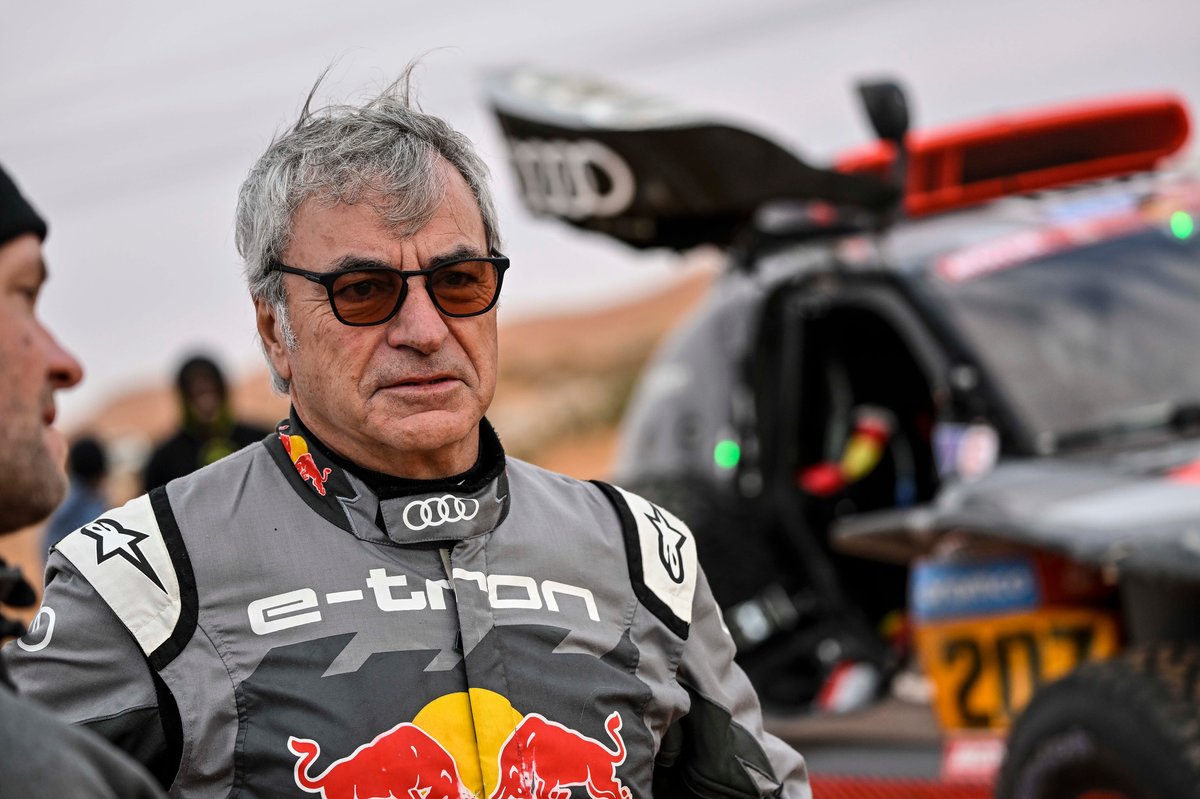 "Just to let you know, we've been analysing the car, and we're still [working] on it.

"Of course, it has been a severe impact, they [the mechanics] are trying to get it ready to run, but I can't confirm that now.

"The decision will be made at around 21:00 [Saudi Arabian] time tonight, and we will give you an update."

"For now, the main message is that Carlos and Lucas are fine. Lucas was very hungry, and Carlos too, of course, it has been a rollover, but the most important thing is that they are both safe, and we will talk afterwards.

The confirmation of Carlos Sainz and Lucas Cruz's withdrawal marks their seventh time out of the race since the Spaniard made his debut in 2006, and not since 2017, when he was with Peugeot.