Dakar has changed its roadbook philosophy in recent years, with the pacenotes handed out to crews just minutes before the start of each stage instead of the previous evening. This leaves co-drivers with no time to make their own additions to the roadbook, meaning they rely entirely on the information provided by the organiser.

While the change in the timing of roadbook handover has received unanimous support from competitors, who believe it helps in levelling up the field, some feel that the notes itself are not always up to the mark and can lead to navigational errors.

As Audi begins preparations for a second crack at the prestigious cross-country rally in Saudi Arabia, Sainz wants roadbooks to be compiled in such a way that they leave no room for interpretation.

“We don't have any problem having the digital roadbook given in the morning,” said three-time Dakar champion Sainz. “What is the problem is that there are no mistakes in the roadbook. What is important in my point of view is that the roadbooks are not done in a way that you don't need to interpret the roadbook.

“The roadbook has to be something that it is somehow possible to follow and not with tricky areas [that are] artificially made up [or] that [there] are easy to miss junctions.

“The effort to enter three cars that Audi is doing is huge. And if I am Audi I have a responsibility. I will not like it if I put a lot of effort and my drivers put a lot of effort to try to win a race and then just by roadbook that is not accurate enough and not good enough you lose a race.

“This is something completely artificial and I think this has to be avoided. 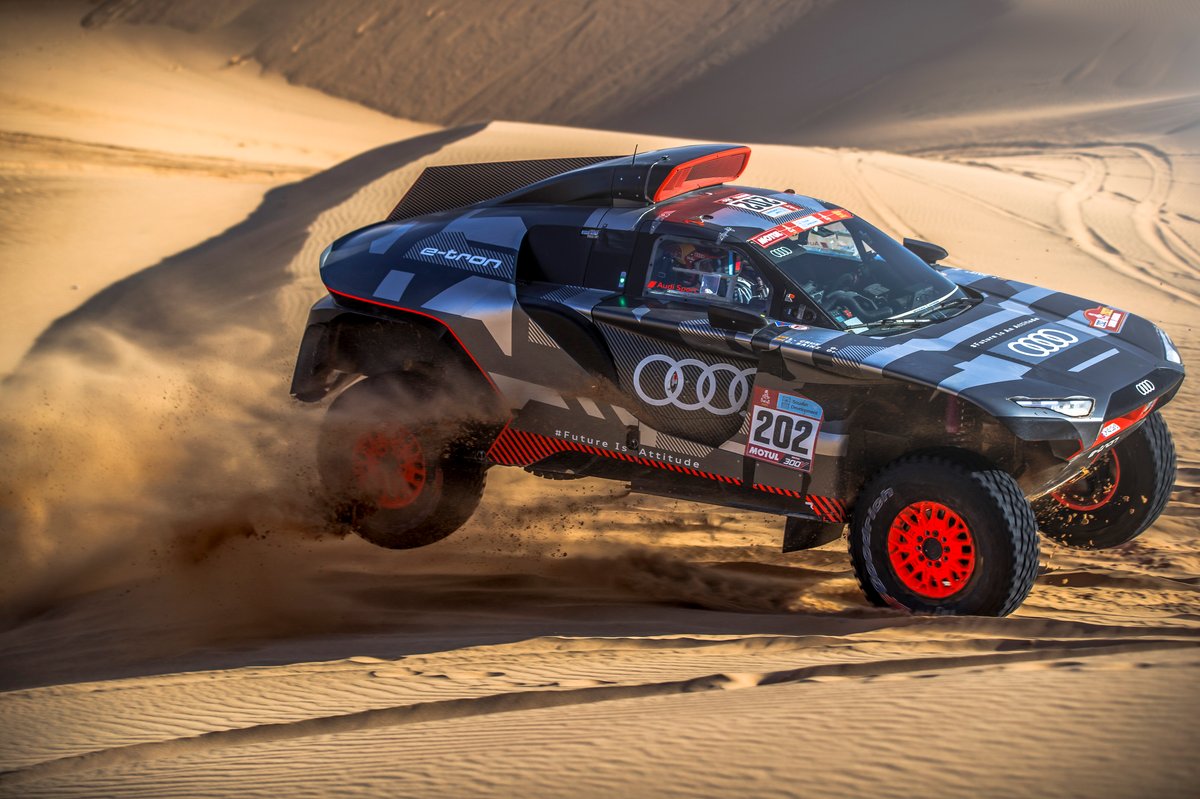 The opening stage of this year’s Dakar drew a lot of negative attention as several drivers lost their way trying to find a tricky waypoint, dealing a severe blow to their aspirations just hours into the start of the rally.

Sainz was one of the biggest losers that day as he dropped over two hours to the leaders, leaving him out of contention for victory on Audi’s debut outing, while team-mate Mattias Ekstrom was also caught out by the same waypoint.

Audi even considered lodging a protest against the roadbook having felt two of its three drivers had unfairly lost time due to an error on the part of the organiser, but ultimately decided not to go through with it as the regulations don’t allow teams to challenge the contents of the roadbook.

Sainz said while navigation should continue to play a major role in cross-country rallies, he doesn’t want the Dakar to become a ‘race of co-drivers’.

“I understand the race has to be won by the best driver, by the best team, by the best car and the quickest,” he said. “It cannot be a co-driver's race where depending upon how you interpret the roadbook you win or lose the race.

“It's not becoming a race depending upon the speed, it will be depending on something else which is not driving the car faster. It will depend [on] how you interpret a rulebook.

“The problem is to find some junctions, some small junctions that you cannot see and it can bring you far away and you lose a lot of time and then finding the right places is difficult.

“I'm prepared to lose some minutes like it always happens in all the cars that I've done. I've done the Dakar since 2006, I've done many many Dakars and lately, in the last few years the implementation of these hiding waypoints and things like that was not before.”

In the immediate aftermath of Stage 1, Dakar chief David Castera defended the roadbook prepared by his team at ASO, citing how eventual winner and Toyota driver Nasser Al-Attiyah was able to find the correct waypoint at first attempt. However, he did concede that it may not have been “clear enough”.