Audi Sport has offered insights into the powertrain it will employ in its electric Dakar Rally challenger that will make its debut next year.

The German manufacturer will make use of the technologies it has developed in both Formula E and the DTM, two championships it is incidentally pulling out of to return to off-road competition for the first time since 1987.

Audi has derived the MGU from its successful Formula E project, which has delivered multiple victories and a title for Lucas di Grassi in 2016-17.

The new MGU05 that Audi used in the 2020-21 Formula E season offers 250 kW of power (around 335bhp), but the brand with four rings has clarified that the power figures for the Dakar "will depend on the regulations that the FIA finally determines".

Audi's Class One engine, which put it out of reach of BMW in the last two DTM seasons, will be used to recharge the batteries - with electric vehicle technology not advanced enough to complete marathon stages in the Dakar.

The powertrain will also feature a gearbox and a differential, albeit with the necessary adaptations for rally raids. The high-voltage batteries will also be developed by the German brand.

The Ingolstadt-based marque expects to test its Dakar challenger for the first time in July, barring any delays in its development.

"The TFSI engine will not drive the car, but we need it, our highly efficient combustion engine, as stages are really long in the Dakar to reload the battery and to be successful to come over the stages," Andreas Roos, official project leader at Audi Sport explained in an interview with select media outlets including Autosport.

"The car itself will have a very similar appearance with the cars [you are] used to seeing in the Dakar.

"Our drivetrain will be fully electric, so the MGU that we have developed for Formula E for this year, what we are really proud of, will also be used in the Dakar project.

"Of course, we need some modifications because the desert is a bit different from the cities we are racing in Formula E, and [that] adds some specific challenges. We are trying to transfer everything that we have learned in Formula E and also in our time at Le Mans, when we raced there with the e-tron Quattro". 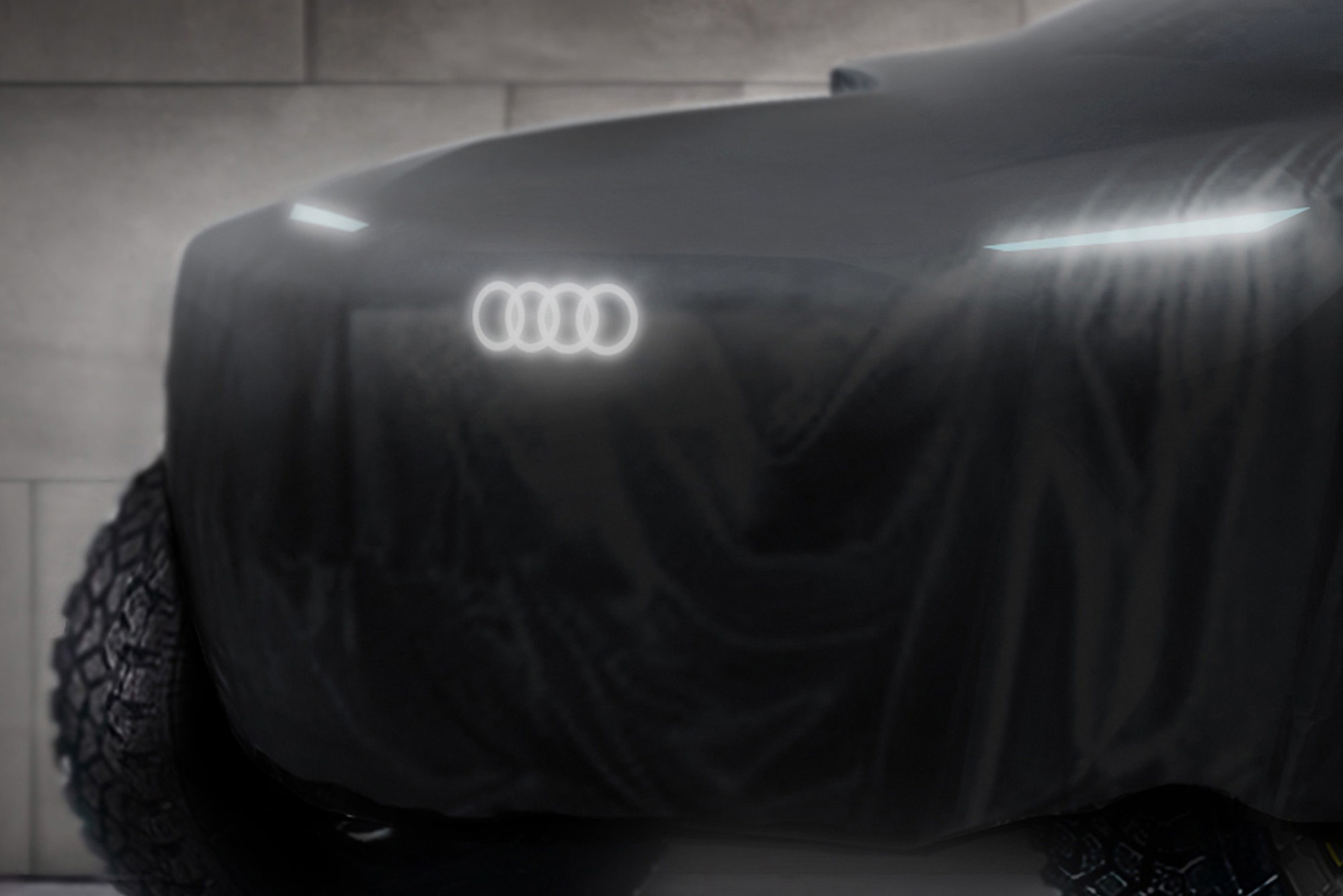 "This car will be a kind of e-tron Quattro but in a new form, definitely. We will use an MGU in each axle to have the electric Quattro drive, so the car will be fully electric driven.

"The third MGU will be used as a generator to charge the high voltage battery, which is needed because of the long distances. The last component will be our Energy Converter, which will be a conventional combustion engine.

"You know this engine from our very successful DTM years, especially the last ones, which will be the base for our Dakar engine. It's a very incredibly efficient engine regarding weight and also fuel consumption, it's a state of the art".

One of the challenges facing Audi is facing over the next few months is to continue developing the vehicle while waiting for the FIA to determine exactly what the regulations will be and how performance of its electric challenger will be balanced against the conventional T1 cars (Toyota Hilux, Mini buggy and 4x4, Century buggy etc).

"The FIA has not established the balance of performance so at the moment it will be too early to say something about output and performance because we will have to adapt it for what finally FIA will decide about this", said Sven Quandt, owner of the Q Motorsport outfit that has partnered with Audi for the Dakar project.

Roos has set a three-year timeline for Audi's maiden victory in the Dakar Rally, admitting that its first outing in the category will be a "learning year".

"The pressure is on, for sure, this is a very unique concept," Roos said. "And with this one is a big challenge for us.

"For sure, we want to be able to fight for the overall victory because we were successful in the past and we also want to be successful now, for sure. It's a very big challenge for us with this new electric drive frame we will bring to the Dakar.

"But I believe 2022 will be very much a learning year for us. We have respect, it's a big challenge for us but we will do then more steps for 2023, it's a deep learning curve and then hopefully for 2024 we can really fight for victories In the Dakar."

Audi's project leaders declined to specify how many cars it will field in the Dakar next year, but said the number will be "more than one and less than five".

Audi's chiefs did not discuss the marque's driver's line-up either, but according to sources it wants to build the project around three-time Dakar champion Carlos Sainz.

It would not be unreasonable to think that Stephane Peterhansel, a 14 time-winner of the event, could accompany the Spaniard should he decide to continue competing in cross-country rallying.