Caygill will take over the seat previously occupied by Glynn Geddie, and will partner Rory Butcher at Silverstone this weekend and Brands Hatch at the end of the month.

Former motorcycle racer Caygill, 29, has tin-top experience in the Volkswagen Racing Cup (pictured below) and the Audi Sport TT Cup before he swapped to the Blancpain Endurance Cup in 2017.

This season, he has raced a Team Parker Racing Bentley in the Blancpain Sprint Series alongside former BTCC man Aron Taylor-Smith and the pair took a win in the Silver Cup at Brands Hatch in May.

Caygill said: "The BTCC is a series that I have wanted to compete in for a long time but the right opportunity has never come along before. When this chance arrived, I grabbed it with both hands.

"Having had chance to sample the MG last week in a test, the car felt really nice, even though the rear end was a bit lively, and it was good to be back in front-wheel drive having spent the last few years in GT machinery.

"I'm open-minded about the weekend ahead and my only aim is to go out there and do my best. I want to enjoy myself and if we come away from Silverstone with a good result on the board, then I'll view it as a bonus at this stage." 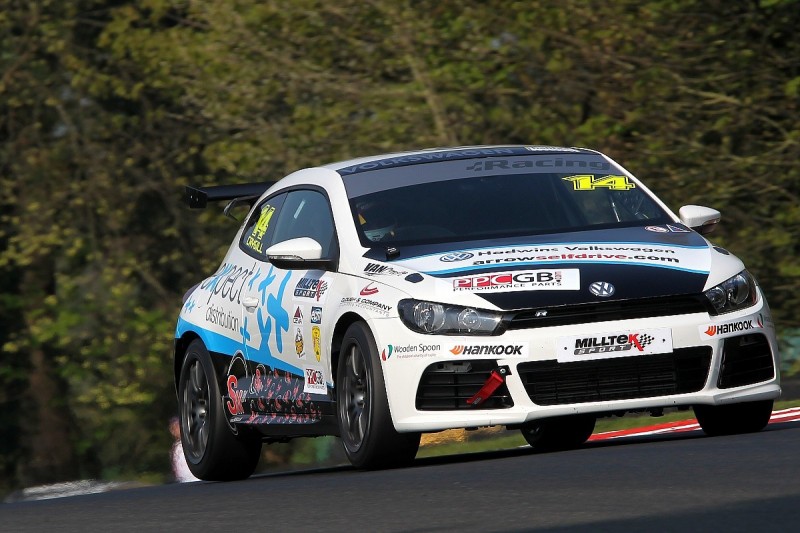 Caygill said that he was looking to a longer-term future in the BTCC.

Team boss Shaun Hollamby added: "We're delighted to welcome Josh into the team for the final two rounds of the year.

"He has shown himself to be a very capable driver in everything he has done in his career so far, and brings a wealth of experience having competed at a high level in Blancpain GT and on the DTM support bill.

"He drove very well in the test last week given that he was running on old tyres and it was his first time in the MG, and we certainly feel he is a driver who is capable of bringing home some solid results.

"The additional weight as a new driver [45kgs] will be a challenge this weekend, but all we are looking for from him is to stay out of trouble and learn as much as he can."