BTCC rookie Cammish was delighted to have set the best time of 1m56.581s, and was pleased that he had some testing ahead of the race meeting at the Norfolk venue on July 28/29.

"I have been going to circuits recently where I haven't tested, and that has really hurt me," said Cammish.

"I have been getting to tracks, going through all the bedding-in and scrubbing-in processes and that has left me with about five laps to try and be as fast as guys who have been in the BTCC and front-wheel-drive for years. It has been tough.

"That won't be the case here when we get to the meeting - and I am really confident with the car.

"I will go away and think about what we have learned and push again tomorrow. We have a great base car."

Goff's time, a 1m56.800s, was set in the morning running. He tried a longer race run in the afternoon, but he cut short his mileage when he felt a small vibration.

"We just wanted to be on the safe side, but I am please we are in the ballpark," said Goff. "We had a torrid last meeting at Croft, so this means we can move on from that."

Neal ran his newer-spec FK8 Honda Civic without ballast for his fastest time, which was a 1m 56.829s. 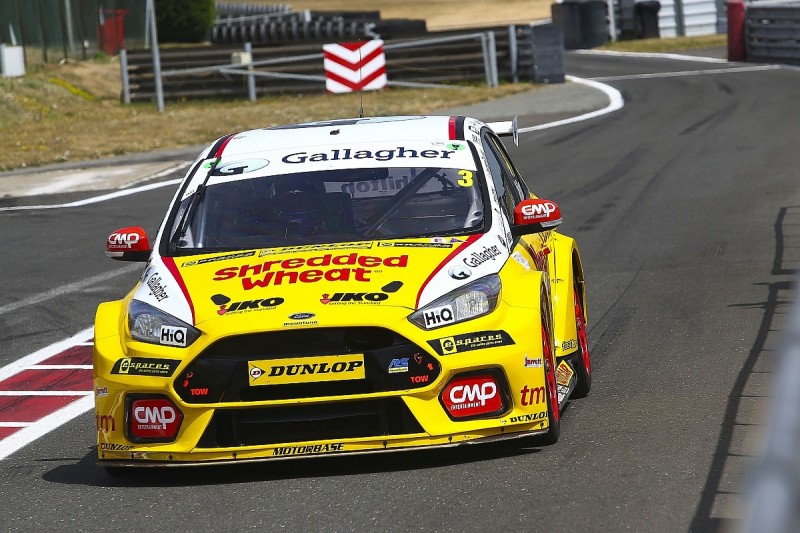 Tom Chilton's Ford Focus was fourth, and the Motorbase Performance driver said that he had been working through longer runs ahead of July 29's Double Diamond race, which will be twice the length of normal BTCC encounters.

"I was able to push way beyond what would have been a normal race distance, and there was hardly any drop off," he said. "And that was on the medium compound tyres. I am very encouraged by that."

Jake Hill, who announced his departure from Team Hard earlier in the day, drove and AmD Tuning MG in the afternoon session.