Tom Ingram emerged fastest overall across the free practice sessions for the British Touring Car Championship round at Snetterton in his Excelr8 Motorsport Hyundai i30 N Fastback.

Ingram set the quickest time in the early-morning period, which he topped by 0.336 seconds from the Laser Tools Racing Infiniti Q50 of Ash Sutton.

Despite a cloud cover shrouding the Norfolk circuit for the lunchtime session, few of the leading contenders improved their times – Gordon Shedden was one exception, and his Team Dynamics Honda Civic Type R emerged on top by 0.409s over Ingram.

Ingram is carrying 33kg of success ballast aboard the Hyundai, but set two times comfortably clear of the best anyone else could manage over the entire 80 minutes of practice.

“We knew that everyone was on the same [medium] tyre, and I was pleasantly surprised – the car felt there or thereabouts,” he told Autosport.

“I was pretty pleased, and I felt like I could just keep doing that time – there were another two laps which I didn’t complete that were about the same.”

Sutton, with 48kg of ballast on the Infiniti, was in the picture across both sessions – his morning time stood for second overall, while he was fourth in the lunchtime period.

Shedden improved to third overall with his second-session-topping time, the Scot carrying no excess weight after a crash in the opening race set him back severely in the first round at Thruxton. He set four times quicker than anyone else’s best in that period across two short runs.

Snetterton maestro Colin Turkington was third in the morning period, fourth overall, in a West Surrey Racing-run BMW 330i M Sport that has 27kg of ballast on board.

Turkington was outside the top 20 later on, and pulled the car off the track in the closing stages, unable to fire the engine up again. 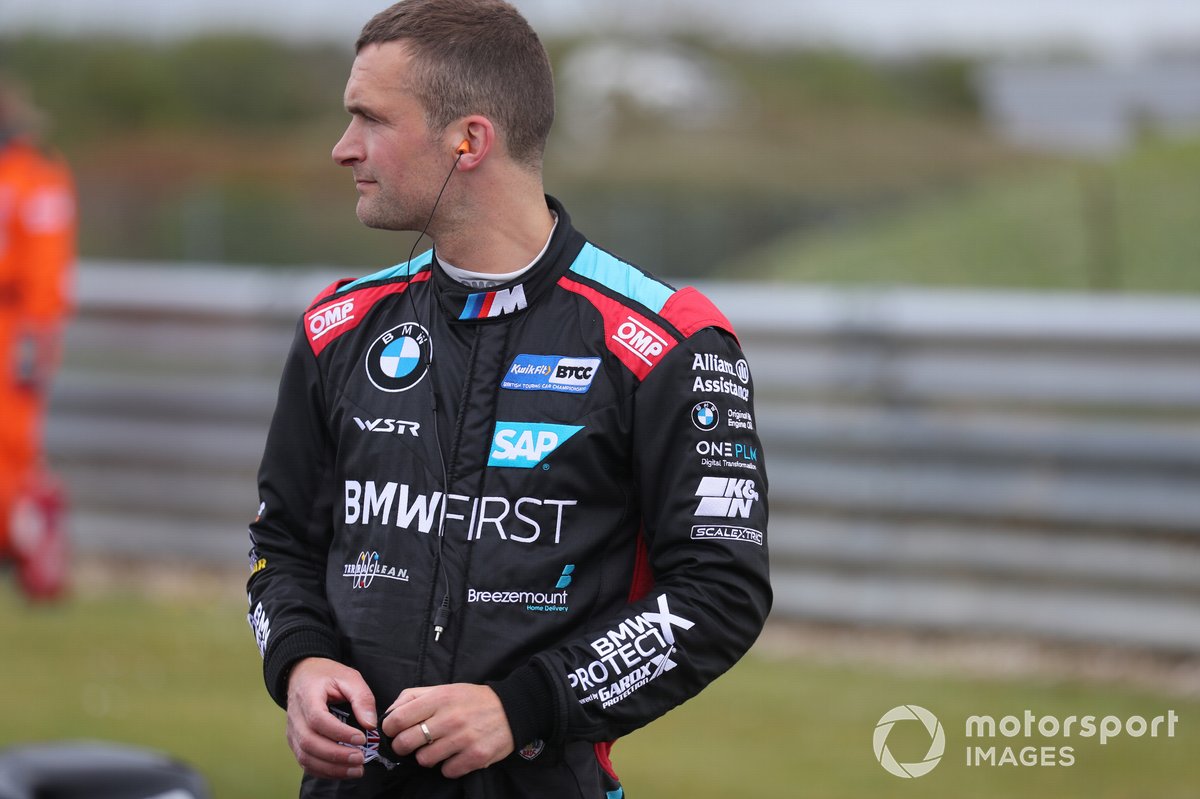 Stephen Jelley put in a strong performance to go fifth in his WSR BMW, ahead of the Power Maxed Racing Vauxhall Astra of Dan Lloyd.

Like Shedden, Jack Goff went quicker in the second session – he was third in his Team Hard Cupra Leon to go seventh overall, with 9kg of ballast on the new-build machine.

Ollie Jackson was next in the best of the Motorbase-run MB Motorsport Ford Focuses, split from his championship-leading team-mate Jake Hill by the Speedworks Motorsport-run Toyota Corolla of Rory Butcher.

Hill, running the full 75kg of ballast, lost more than half of the opening period because a wheelnut jammed on the hub, and the team could not remove the wheel until the break between sessions. “We’re doing a Bottas,” he joked, referencing the Mercedes Formula 1 driver's retirement from the Monaco Grand Prix.

Speedworks was mystified by its Toyotas being some way adrift of the rest of the field on the first-session speedtraps: things were better later on, but they were still close to the bottom on straight-line speed.

Josh Cook, winner of the first two races at Thruxton, ended up 13th overall in a BTC Racing Honda that is carrying 66kg of ballast, just ahead of third-in-the-points Jason Plato, on 57kg in his PMR Vauxhall.