Three-time British Touring Car champion Gordon Shedden has claimed pole position for Sunday’s second round of the 2021 season at Snetterton.

The Scot snatched the fastest time in the top 10 qualifying shootout away from Colin Turkington on the final lap of the 10-minute session to claim the top spot by 0.163 seconds.

Shedden is carrying no success ballast on his Team Dynamics Honda Civic Type R after a disastrous start to his comeback season at Thruxton, and his performance was partly the result of tyre strategy across the Snetterton Saturday.

Competitors used the hard-compound Goodyear throughout the Thruxton meeting, but in Norfolk it’s the medium, with the soft available as the option tyre for Sunday’s races.

“It’s a strange situation, because there are no carryover tyres, so we sat out quite a lot of FP2 [to save tyres] and give ourselves the best chance in qualifying, and wow, it’s paid off,” said Shedden.

“It was a last-lap job for me, and I managed to find about a quarter of a second.”

Turkington sat atop the times for most of the shootout, but didn’t quite have enough when it mattered, although is looking forward to the forecast hot conditions on Sunday which traditionally favour rear-wheel-drive cars such as the BMW.

Ingram, with 33kg of ballast on his Excelr8 Motorsport Hyundai i30 N, said he made a small mistake at the Wilson hairpin on his way to third fastest, although this did not account for the time chasm to the front-row men. 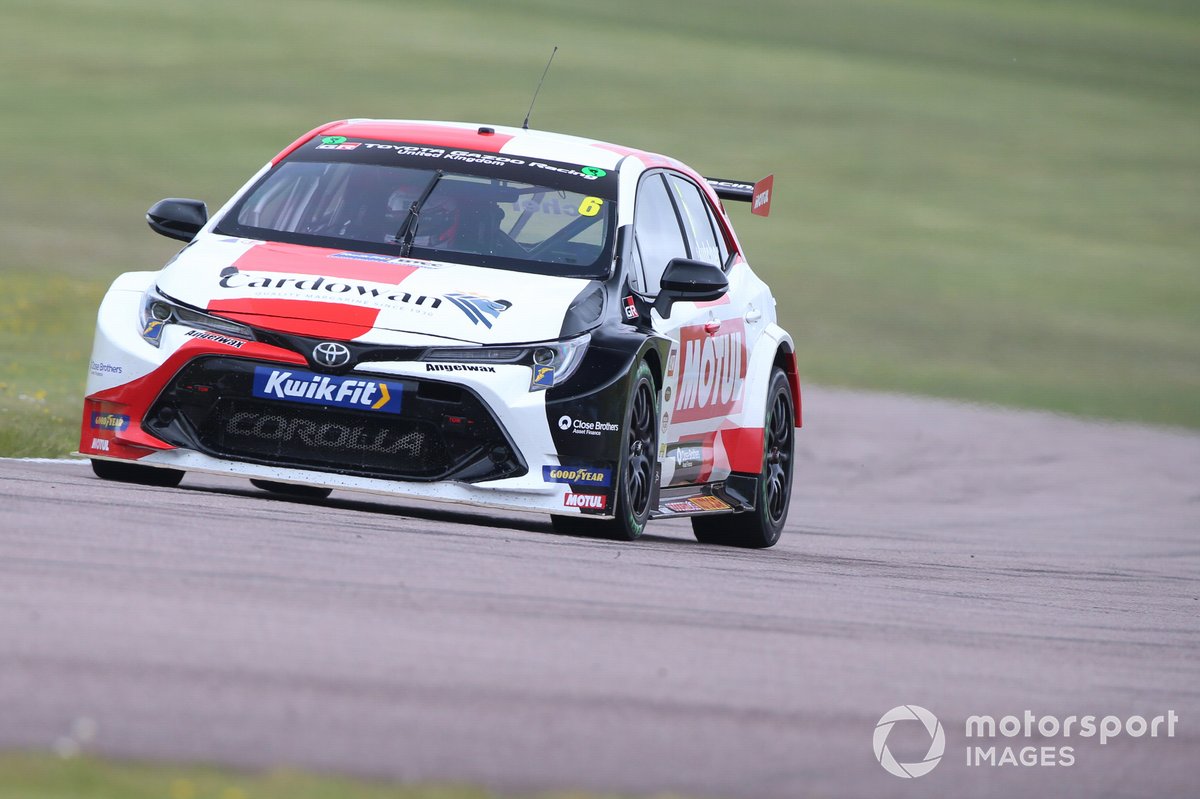 Rory Butcher was, in turn, some considerable distance behind Ingram in fourth place with his unballasted Speedworks Motorsport-run Toyota Corolla.

Butcher just squeaked into the shootout with a couple of minutes of regular qualifying remaining, having had his earlier times deleted due to track-limits infringements.

Eighth position is a very good effort for Hill, who is carrying the maximum 75kg of success ballast and whose three closest title challengers all failed to make the shootout by some margin.

Reigning champion Ash Sutton (48kg) placed his Laser Tools Racing Infiniti Q50 down in 16th position, although lost a lap that would have given him 11th to track limits.

The final two drivers in the top 10 were Dan Lloyd in his PMR Vauxhall and Tom Oliphant in the third of the WSR BMWs, although Oliphant lost a lap in the shootout that would have put him sixth, again due to track limits.