Michael Vergers had several dalliances with the West Surrey Racing-run Ford outfit in the British Touring Car Championship's mid-90s Super Touring pomp. Though the Mondeos of the period were uncompetitive, his test outings left him wanting more

Ford started and ended the 1990s on a high in the British Touring Car Championship. But in the middle, it suffered a two-year winless nadir that prompted team leader Paul Radisich to depart as it slumped to the foot of the 1996 manufacturers’ table.

For the man who was beaten to drive that year’s second Schubel-built Mondeo by Steve Robertson, was it a bullet dodged? Not at all says Dutch all-rounder Michael Vergers, a podium-finisher in three of the four races held thus far in the new-for-2021 GT2 European Series alongside Aurelijus Rusteika.

Hampered by budget, the 1990 British Formula Ford champion was still competing in the championship in 1995, and his impressive drives to finish third behind Bas Leinders and Kevin McGarrity had earned him the Motoring News ‘Ace of the Race’ Award. That came with a prize test in either Formula 3 or BTCC machinery, but without the budget to race in F3, Vergers pushed for a test in the tin-top run by the crack West Surrey Racing squad in its first foray into touring cars.

But despite acquitting himself well in what “was and wasn’t billed as a shootout”, Vergers was overlooked for the seat as 1994 Indy Lights champion Robertson and future BTCC race winner Warren Hughes – both with plenty of F3 experience under their belts, Robertson having finished third in the 1990 British championship – were picked for the final evaluation at Pembrey.

“I’d never done Formula 3 and obviously (WSR boss) Dick Bennetts is a Formula 3 person so he values that experience very highly,” says Vergers, the British GT championship’s driving standards adviser. “On the day I drove, I ended up quickest so I thought I had a bit of a chance, but it didn’t really have an impact.”

Robertson had a difficult season, getting off to the worst possible start at Donington when he spun on cold tyres at Redgate and was collected by an innocent Radisich. To make matters worse, with gravel in his engine, Robertson had to miss race two as well. He scored just two points all season to end the year 20th in the standings, seven places behind Radisich, and was replaced by Will Hoy for 1997. 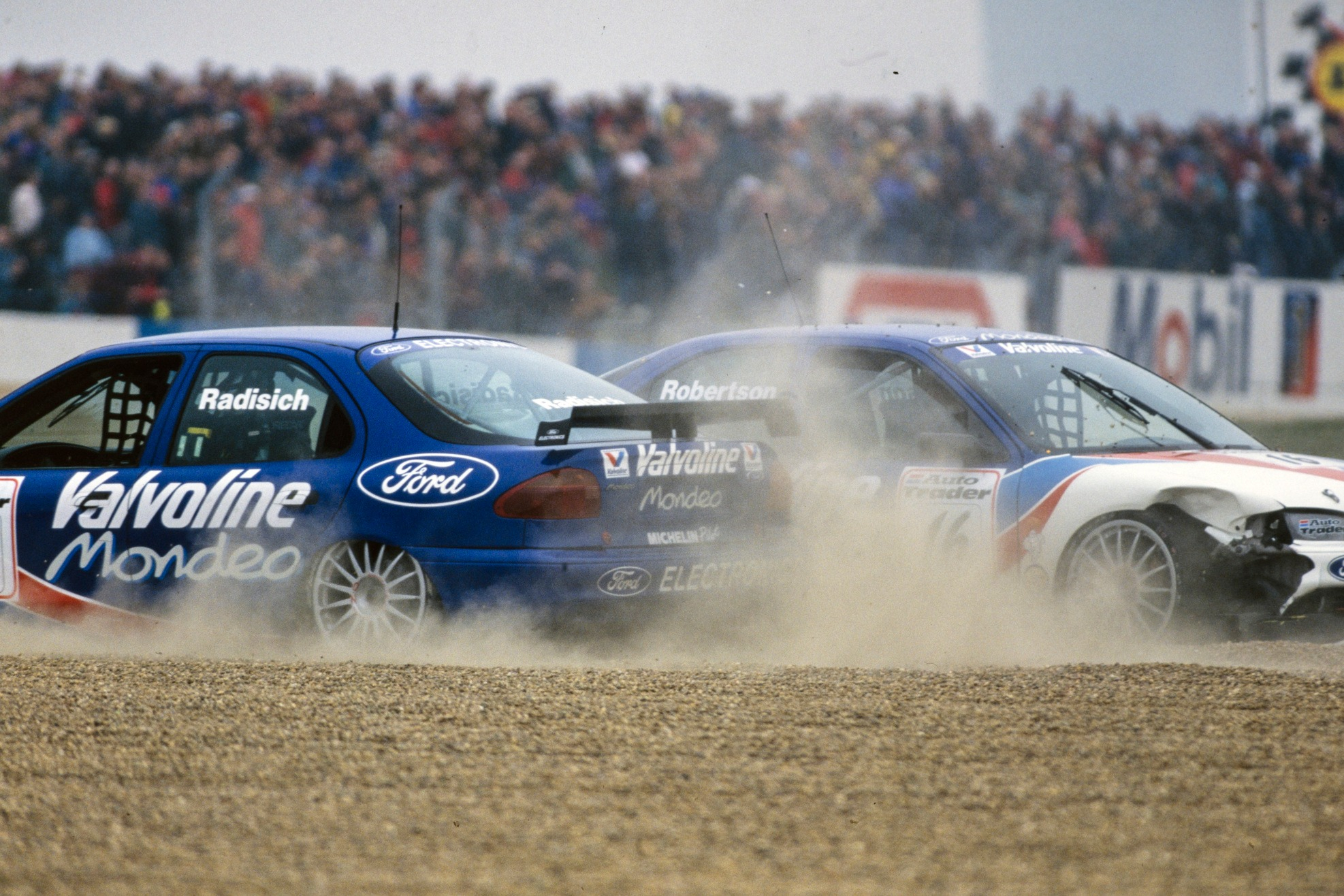 However, 1996 wasn’t the end of the road for Vergers’ BTCC aspirations. His strong links with Ford Motorsport boss Martin Whittaker from testing the Blue Oval’s historic fleet meant he was held in good regard by management, who saw to it that he was chosen to conduct test work at Croft in 1997. Unfortunately for Vergers, it was in “absolute monsoon weather, the track was literally covered in puddles, standing water everywhere - it was a survival exercise more than anything”.

A further opportunity came when Vergers deputised for Radisich at an official Brands Hatch test when the Kiwi returned home for a family matter.

On fresh tyres at the end of the day, Vergers’ hopes of pipping team-mate Hoy were dashed by red flags - although Bennetts told Autosport at the time that Vergers had been on course to beat the 1991 champion’s time. He ended up two tenths slower, but buoyed by the experience.

"Anything you do, if you show yourself once or twice and you get one or two good results, then that does open up a lot of opportunities going forward" Michael Vergers

“It was fantastic to be involved,” he recalls. “Dick and WSR have a tremendous history, when I was racing in Formula Ford they were the team one aspired to be racing for [in F3] so it was a great honour to drive and put myself out there.

“I didn’t make any mistakes, I didn’t go off and drove quite well. I was hoping Paul would stay [abroad] a little bit longer, but he came back.”

Hopes it might lead to an opportunity in the season-ending Tourist Trophy non-points race at Donington came to naught though, and WSR signed Craig Baird for the second seat alongside Hoy in 1998 as Radisich moved to Peugeot.

“I tried my hardest from my side,” he says, “and obviously the people that were involved in Ford who I was close to did as well. But the decision-maker at the end of the day was Dick. I don’t think it was a Ford Motorsport decision, because I know they pushed very hard for me.” 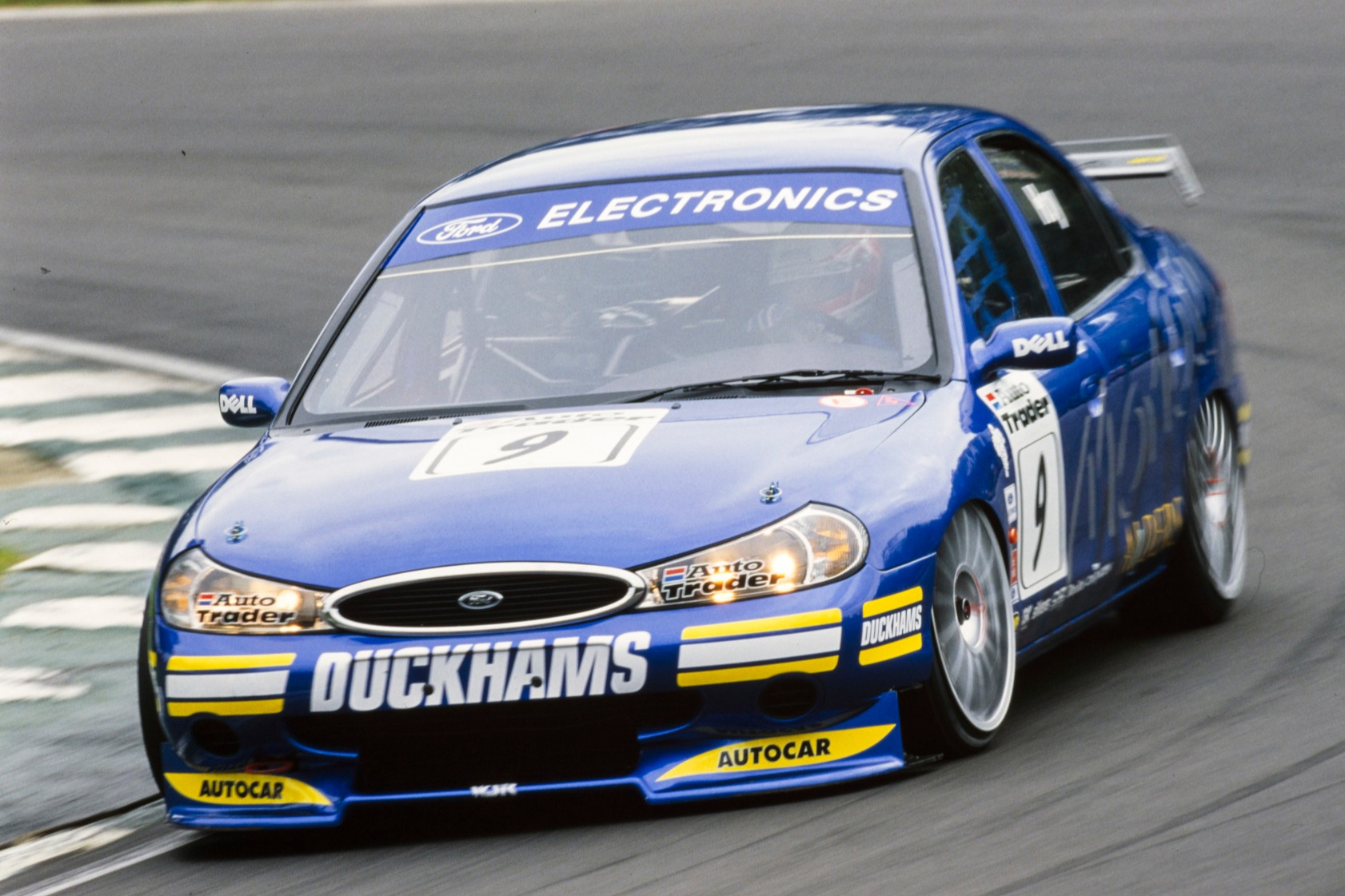 Although the Reynard-built 1997 Mondeo was “much better than ‘96, that’s for sure” and Hoy did manage to win in the wet at Silverstone in 1998, it wasn’t until Prodrive took over in 1999 – with WSR switching to run the Honda programme – that Ford became a powerhouse again, sweeping allcomers in the BTCC’s final year of Super Touring in 2000.

Vergers meanwhile continued to remind people of his ability in single-seaters, finishing fourth in the 2000 Formula Ford Festival won by Anthony Davidson, alongside fleeting appearances in sportscars before becoming a regular in the Rockingham-based ASCAR stock car series. After winning it in 2005, he returned to sportscars and won the 2006 Le Mans Series LMP2 title.

In recent years, Vergers has been a regular in the Dubai 24 Hours – placing second in 2019 and third in the rain-shortened 2020 race.

“It’s just opportunity,” he says. “Anything you do, if you show yourself once or twice and you get one or two good results, then that does open up a lot of opportunities going forward. That is something that I didn’t get out of [the BTCC tests], but I don’t have any regrets.” 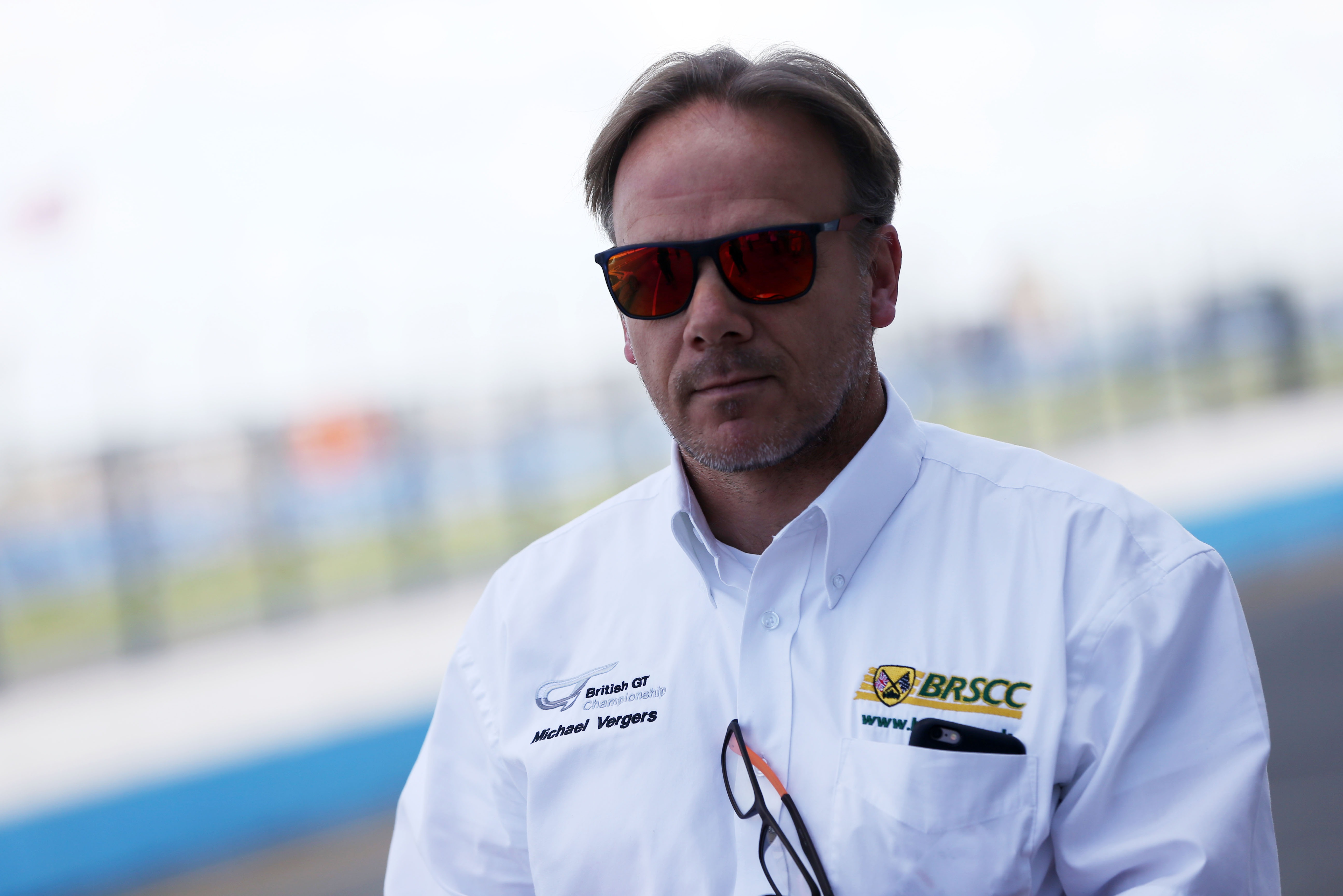