Chris Smiley led the way in free practice for the British Touring Car Championship round at Knockhill with a late effort just before the end of the lunchtime session.

Cook’s team-mate, Senna Proctor, sat on top of the times for most of what was the only dry session at the Scottish circuit.

But in the 39th minute of 40, Cook eclipsed the sister BTC Honda, only for Smiley to better him a matter of seconds afterwards.

While Smiley and Oulton Park winner Proctor are carrying no success ballast, Cook has 27kg aboard his Honda after a couple of disappointing weekends that have dropped him down the championship table.

Smiley’s lap came in a late four-lap performance run, Cook had a six-lap run, while Proctor was doing in-out laps when most of the top times were recorded.

Rory Butcher ended up best of the Scottish contingent in fourth place.

Butcher’s Speedworks Motorsport-run Toyota Corolla, which is on 21kg of ballast, suffered more power-steering problems in the opening wet session, but these was rectified in time for the dry running later on.

Colin Turkington, carrying an accustomed low success weight of 15kg on his West Surrey Racing-run BMW 330i M Sport, moved up to fifth place in the later stages of the session, with Jack Goff next up in his Team Hard Cupra Leon. 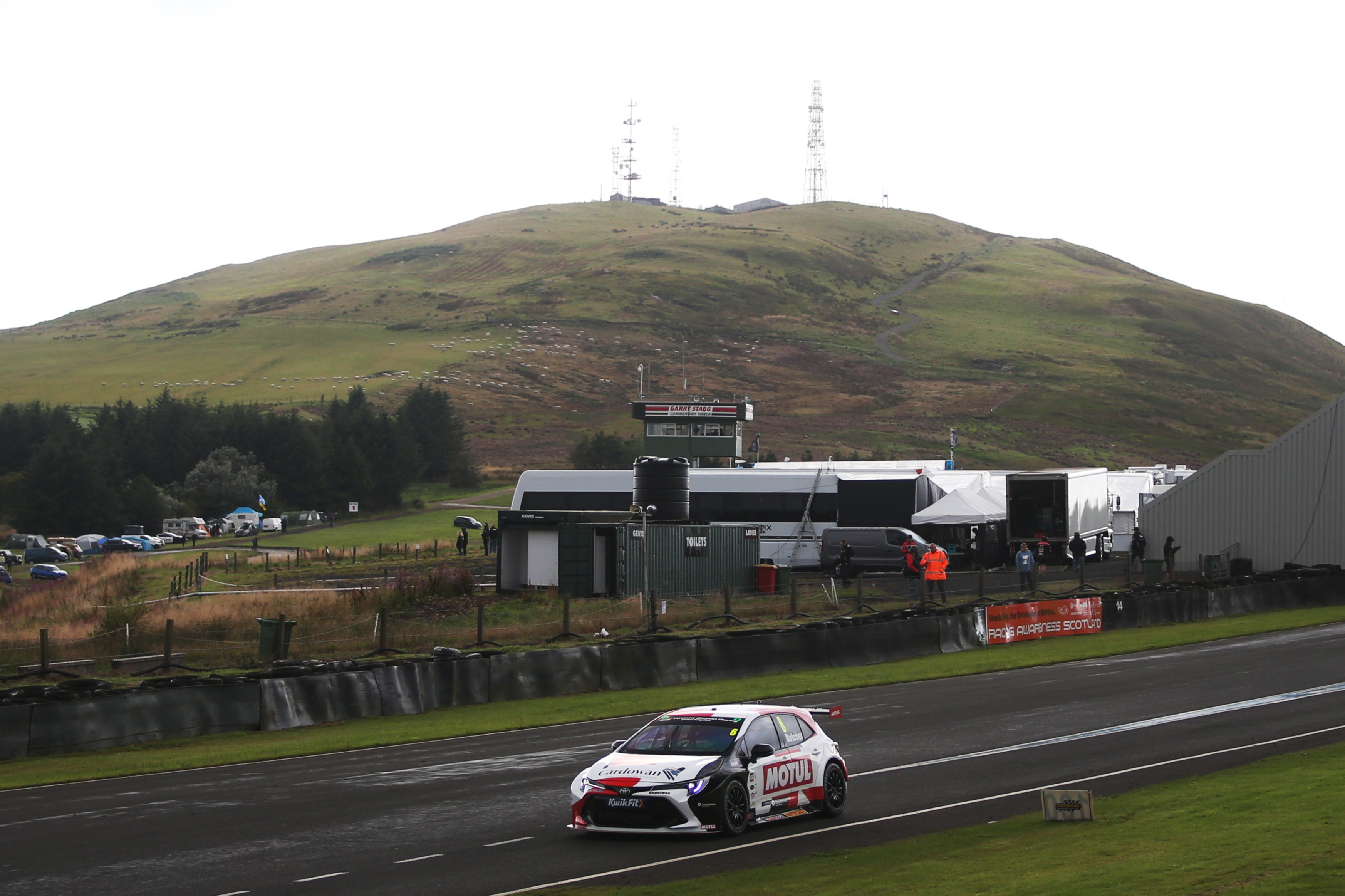 Butcher clocked the fourth-fastest time in the Speedworks Toyota

The second WSR BMW of Stephen Jelley, who is on 9kg of ballast, was seventh ahead of Jason Plato’s Power Maxed Racing Vauxhall Astra.

Jake Hill was best of those carrying significant ballast, ending up ninth on 48kg with his Motorbase-run MB Motorsport Ford Focus, while Aiden Moffat with his Laser Tools Racing Infiniti Q50 completed the top 10.

Smiley was quick in the earlier wet session too, and ended up second fastest in this one behind the Team Dynamics Honda Civic Type R of Gordon Shedden.

Shedden, on 33kg of ballast, was 14th in the dry, while championship leader Ash Sutton (75kg) was 11th in his Laser Tools Infiniti.

Tom Ingram, second in the points, was 16th in his Excelr8 Hyundai, while Oulton winner and third-in-points Dan Rowbottom was a lowly 27th with the other Dynamics Honda.

Both sessions featured one red flag, each of them caused by an off for the BTC Honda of Jade Edwards.