British Touring Car Championship star Tom Ingram has completed his first test since his switch to Hyundai machinery and says “the car felt brilliant from the start”.

Ingram, the 2018 series runner-up, has spent all seven of his BTCC seasons to date with Speedworks Motorsport’s Toyotas, but has switched for 2021 to Excelr8 Motorsport to race the Hyundai i30 Ns developed by the East Anglian squad one year ago.

The 27-year-old completed two days of running at Snetterton, while Wednesday and Thursday morning were wet, it dried out on the second afternoon and he recorded a lap quick enough to put himself on the front row for last October’s BTCC round.

“Over the eight sessions we had six wet, and two dry,” Ingram told Autosport, “and that was useful to get the combination of weather conditions.

“The car was really good, and I’m not just saying that from a PR point of view.

“In the wet we were able to get straight on with it, and I liked the balance of it straight off the bat.” 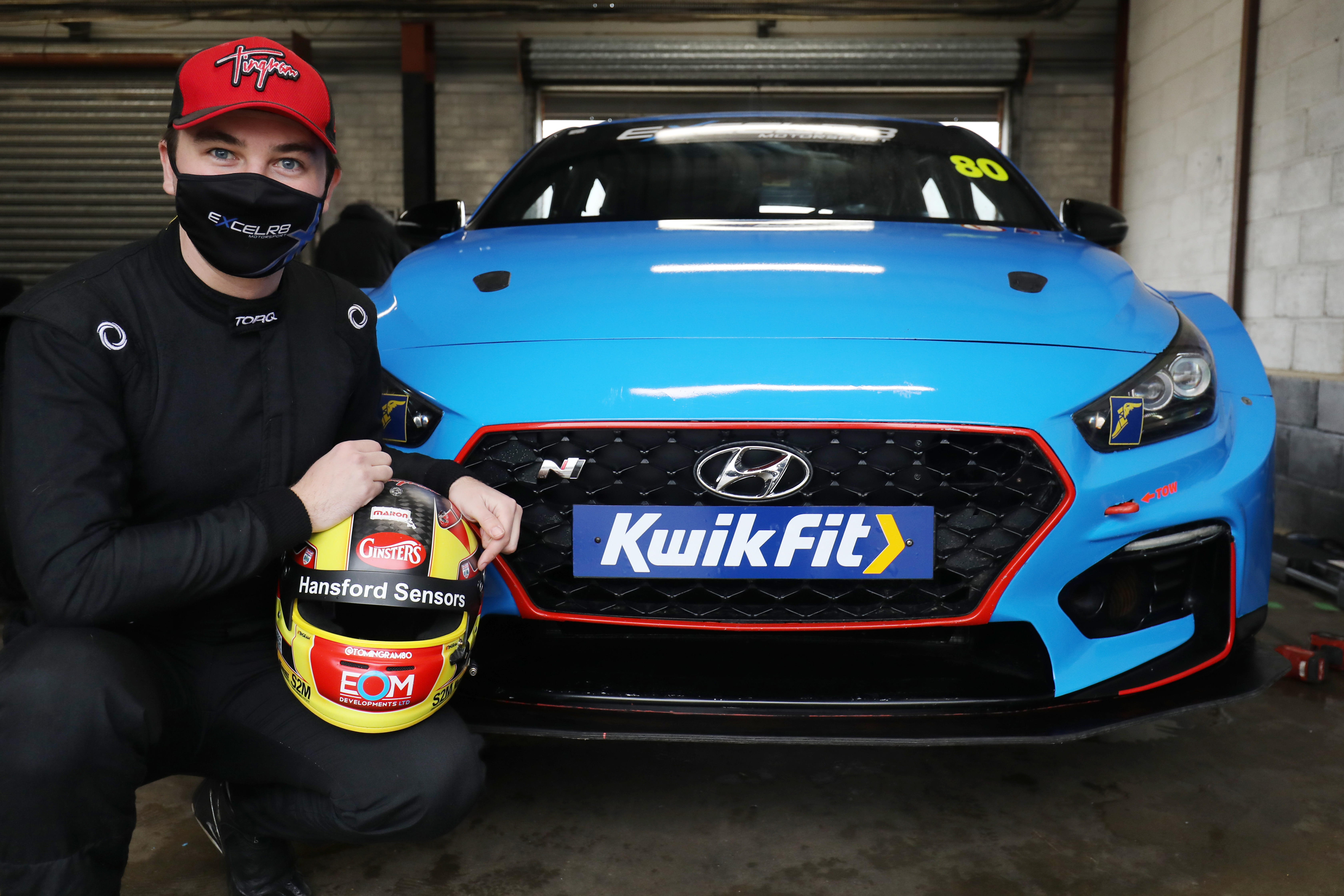 Ingram has taken his regular Speedworks engineer Spencer Aldridge, under whom the Toyota Corolla was developed prior to the 2019 campaign, along with him to Excelr8, with Speedworks recruiting veteran tin-top technician Paul Ridgway in his place.

“‘Spenny’ and myself have experience of the Corolla and the Avensis [which Ingram drove from 2014-18], so we both know where our starting point needs to be,” said Ingram.

“It was nice that the ideas ‘Spenny’ and I came up with have worked straight out of the box. It felt brilliant right from the start, which is encouraging.

“Pace-wise, in the dry we did a new-tyre run, almost a qualifying simulation, and it was good enough for the front row last year.

“The track was very similar to last year’s BTCC weekend, around 10C, and we’ve still got our 2021 upgrades to come, so there’s more performance in it.

“I was out in one of the 2020 cars, because mine is being built at the moment – it’s just back from paint now, and then it’ll be built up and ready for when we go testing again, probably at the start of April.”

Ingram believes that his relationship with Aldridge can help drive the whole Excelr8 team forward as the operation expands to four cars for 2021, with incumbent Chris Smiley also joined by Jack Butel and Rick Parfitt Jr – the last-named attended Ingram’s Snetterton run as an observer.

“Spencer is my best mate, and we were such a good team together at Speedworks Motorsport,” said Ingram.

“Excelr8 have got both of us together, and between us we can really do some special things rather than wait a few years to get back to what we had before.

“We know how to get the best out of each other, it’s really easy and it flows really well.”

The new Motorbase Performance/MB Motorsport alliance was also out testing at Snetterton, with Ollie Jackson, Sam Osborne and Andy Neate at the wheel of the teams’ Ford Focus machinery.

Meanwhile, four-time champion Colin Turkington hit the track for the first time in 2021 earlier in the week when he slipped behind the wheel of his West Surrey Racing BMW 330i M Sport at Silverstone.

Ciceley Motorsport, which will run WSR-built BMWs for the first time this year, has also been in action in recent weeks, with Adam Morgan and Tom Chilton getting back up to speed with rear-wheel drive in an older 125i.