British Touring Car Championship fan favourite Team Hard has confirmed its second driver for the 2021 season, just a few days after its first

Scot Glynn Geddie, who contested the final two rounds of the 2020 season with the squad, will join Jack Goff in the team's line-up of Cupra Leons.

The Cupras are the team's new project and are currently in the build process to replace the venerable Volkswagen CC, which Hard pensioned off at the end of this season.

Geddie, 30, made his name in the Porsche Carrera Cup GB and in the British GT Championship, before becoming a BTCC rookie in 2014 with the United Autosports Toyota Avensis squad.

But, after several points-scoring finishes, he parted ways with the team while awaiting trial for a drink-driving offence, for which he was subsequently convicted.

Geddie returned to the BTCC for two rounds in 2018 with an AmD Tuning MG6, before his cameo appearance this year in Hard's VW.

"I'm really looking forward to competing in the BTCC for a whole campaign for the first time in 2021," said Geddie.

"Joining up with Tony [Gilham, Hard boss] and the team at the back end of the 2020 season was a great experience, and it was nice to dip my toe back into some close, wheel-to-wheel racing after spending the last few seasons in the GT discipline.

"I surprised myself actually. I thought it would take me a bit longer to get back into the swing of extracting the maximum out of front-wheel-drive machinery, but testament to my team-mate and engineer who helped provide me with a stable platform to build on.

"To score points on my return to the series was a great result and one I'm extremely proud of. 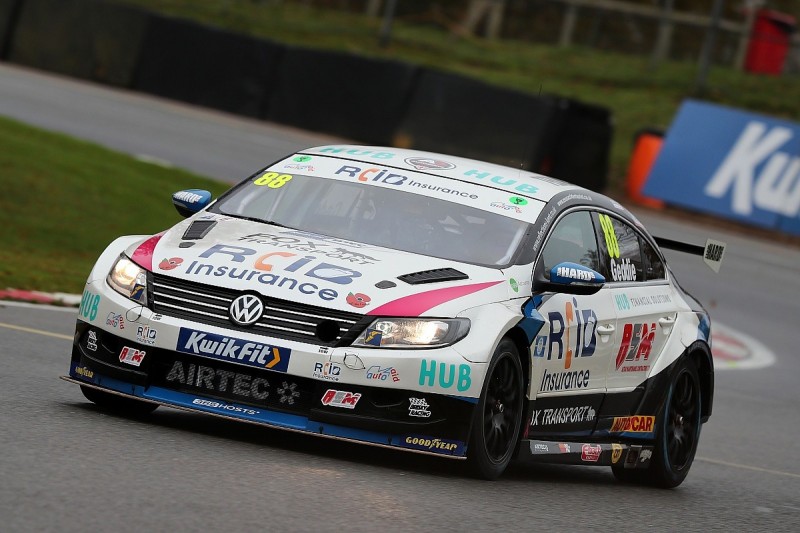 "When Tony spoke to me about the team's plans with the Cupra Leon it was impossible to not get excited and want to be involved.

"This team has big ambitions and I'm delighted to be on board to help develop not only their new car, but also the next chapter of their motorsport journey."

Gilham said: "Glynn was a brilliant asset to the team at the back end of the 2020 season and really gave Jack a run for his money, despite having not raced in a front-wheel-drive car for a few years.

"It's invaluable to have two drivers who are closely matched, which allows them to work together to move through the pack, and Glynn's pace out of the box was a major factor in our decision to offer him a drive in the all-new Cupra Leon for 2021.

"Both drivers will have an extensive testing plan before the season opener to allow us to provide them with a platform to extract the maximum from their new machinery from the get-go.

"I have full confidence in Glynn and I'm positive about his chances of securing the Jack Sears Trophy in 2021. Bring it on!"