The former short oval man raced for Speedworks Motorsport this term at the wheel of an ex-Gordon Shedden Team Dynamics Honda Civic Type R but will now switch across to the title-winning team.

Simpson was 15th in this season's Independent Trophy division. He will line up alongside champion Shedden and Matt Neal.

"This really is a dream come true," said Simpson. "Ever since I bought the Civic Type R from Dynamics at the end of 2015, everyone has been so helpful.

"Matt and Gordon have always been there for me to ask advice from, and they have helped me come on a lot. Joining the team just completes the circle." 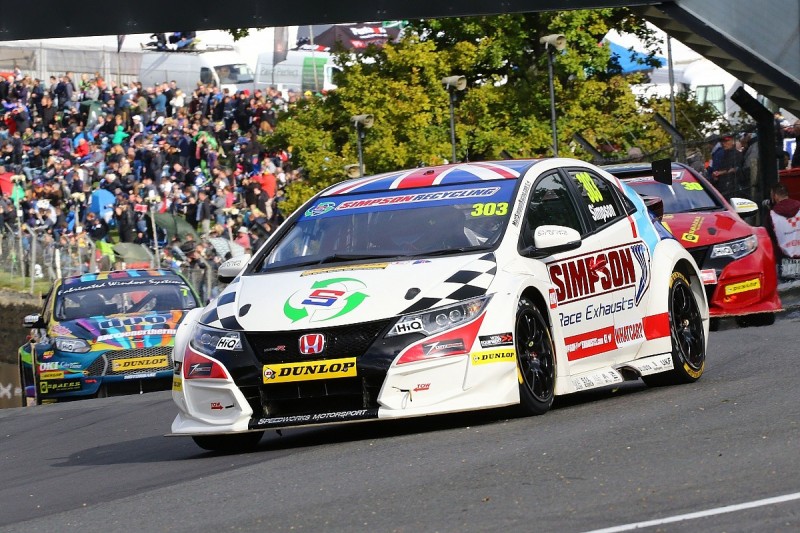 Simpson, whose car will run in his Simpson Race Exhausts livery, will benefit from a new-specification Honda engine. It is the same powerplant that was used by the factory car in 2016.

"There will be no excuses now, but I thrive under pressure," he added.

"I want to break into the top 10 on a regular basis and I will be looking for podiums towards the end of the season.

"That will represent a real step forward, but I am certainly in the best place to learn."