The Lichfield driver, who is aiming to graduate to the BTCC in 2017, drove the Ford Focus along with David Grady, the winner of the Mini Challenge, at Snetterton on Thursday.

Porsche Carrera Cup GB winner Dan Cammish was due to take part in the prize drive too but other commitments meant that he missed the chance.

The two-litre turbocharged Focus ran with a yellow livery in deference to tyre supplier Dunlop, which helped to organise the outings.

The team's regular BTCC driver Mat Jackson, who won five races on his way to third in the points this year, was also running in a sister car at Snetterton. 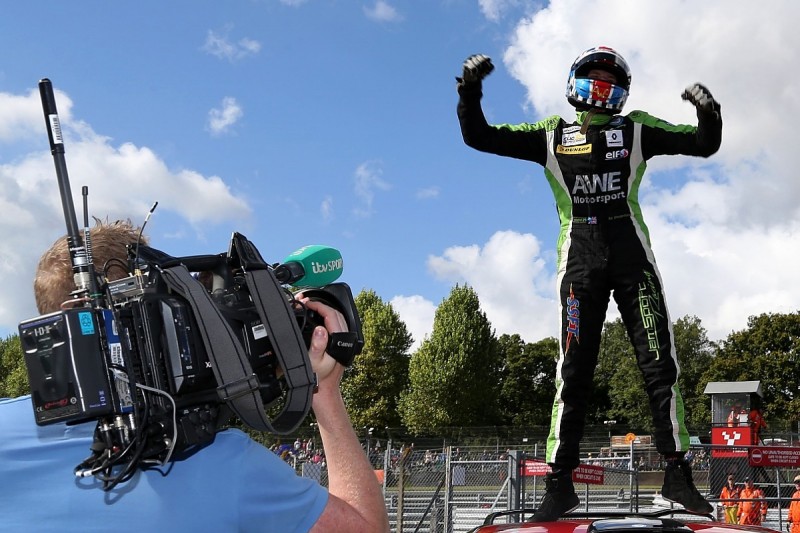 Whorton-Eales (pictured above after winning the Clio title) had previously tested a Team Hard Toyota Avensis at Snetterton in July and was delighted with the back up provided by Motorbase Performance.

"It is an amazing car - so sharp and responsive. I could tell it was a race winner straight away," said the 22-year-old.

"We only got a few laps before it started to drizzle a bit, so I was quote cautious to start with.

"The team has been amazing and we are able to contrast data with Mat Jackson and learn about the driving style.

"It wasn't a case of the team just sticking us in the car and letting us get on with it - Motorbase really wanted us to learn and benefit from the experience.

"Now I have had the initial run, we plan to do a full race simulation this afternoon so I can learn more. I hope the rain holds off."

Whorton-Eales added that he was working hard to secure a slot on the 2017 BTCC entry list, but nothing had been finalised yet.

"We have a way to go in terms of landing a deal, but being in the BTCC has to be the aim now I have won the Clio title," he said.