BTC Racing Honda driver Senna Proctor led the way at his home circuit as the British Touring Car Championship kicked off its Croft round with free practice.

Proctor looked a force all morning, carrying 9kg of success ballast aboard his Civic Type R to set the third fastest time in the opening session, which was topped by the Speedworks Motorsport-run Toyota Corolla of Rory Butcher.

Butcher’s time remained immune throughout most of the second period, only for Proctor to shade it by 0.023 seconds with five minutes remaining.

At the same time, the Team Dynamics Honda of Gordon Shedden popped up into second place in session, 0.025s adrift of Proctor’s best, and just 0.002s shy of his brother-in-law Butcher’s earlier effort.

“We seem to be in the sweet spot of the Honda at the moment,” said Yorkshireman Proctor, who was driving it with his usual hustling style.

“Josh [Cook, Proctor’s team-mate] has got weight [57kg ballast], and he’s not far behind.

“The car’s very strong, it’s my home track, so hopefully this goes on into qualifying.

“Croft’s a bit of a chassis circuit, and as we also know it’s a bit of a rear-wheel-drive circuit, so I’m a little bit surprised where we are at the moment – we expect others to come on strong in qualifying.”

Shedden, on 15kg ballast, also looked strong: the three-time champion was second in both sessions, and in the first that was with a time set at the end of a relatively long run of five push laps. 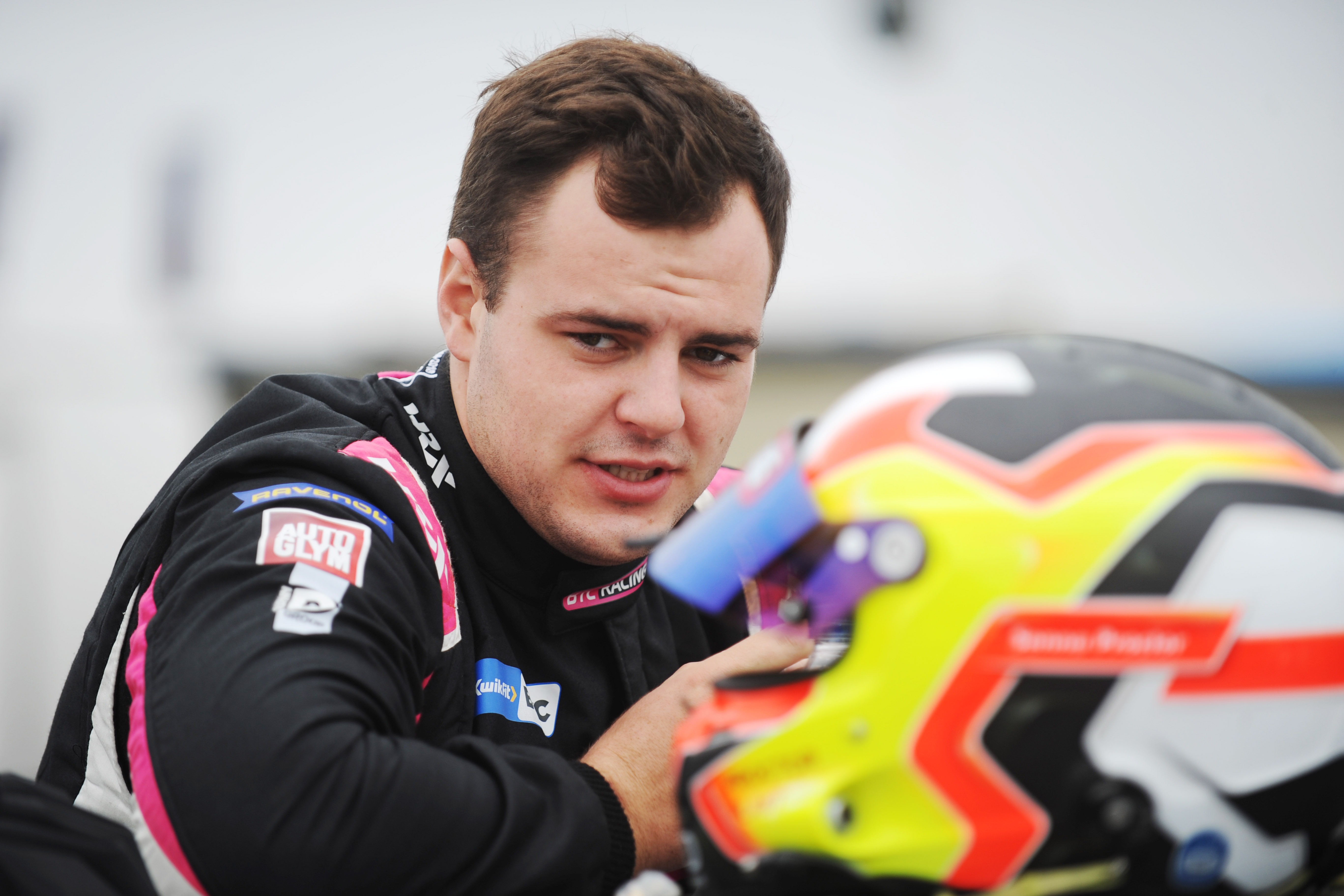 But it was Butcher who led the way in the opening period – the Toyota looks extremely strong on 27kg of ballast, and he headed Shedden at that point by 0.128s.

Butcher couldn’t quite put it together later on, when he placed third, but did set the theoretical best on combined sectors.

Fourth place in the second session was the reward for Chris Smiley’s usual press-on technique at the wheel of the Excelr8 Motorsport Hyundai i30 N.

While the Northern Irishman was right up there, the sister car of title-contending team-mate Tom Ingram, on 66kg of ballast, languished outside the top 20 in the second session.

Fifth was the second of the Team Dynamics Hondas of Dan Rowbottom, who is on 21kg of ballast.

Fastest of the heavyweights was once again Jake Hill – the Motorbase-run MB Motorsport Ford Focus is on 48kg of ballast, but Hill was fourth in the morning session, sixth overall.

PLUS: The increasingly varied CV behind a new BTCC title challenger

Underlining the potency of the Speedworks Toyota threat was the inexperienced Sam Smelt, who set the seventh best time overall and was comfortably in the top 10 in both sessions.

Smelt headed Cook, who was rapid in both sessions and looks strong with the heavy ballast aboard his BTC Honda.

The top 10 overall were rounded out by the West Surrey Racing-run BMW 330i M Sports of Stephen Jelley and Tom Oliphant. 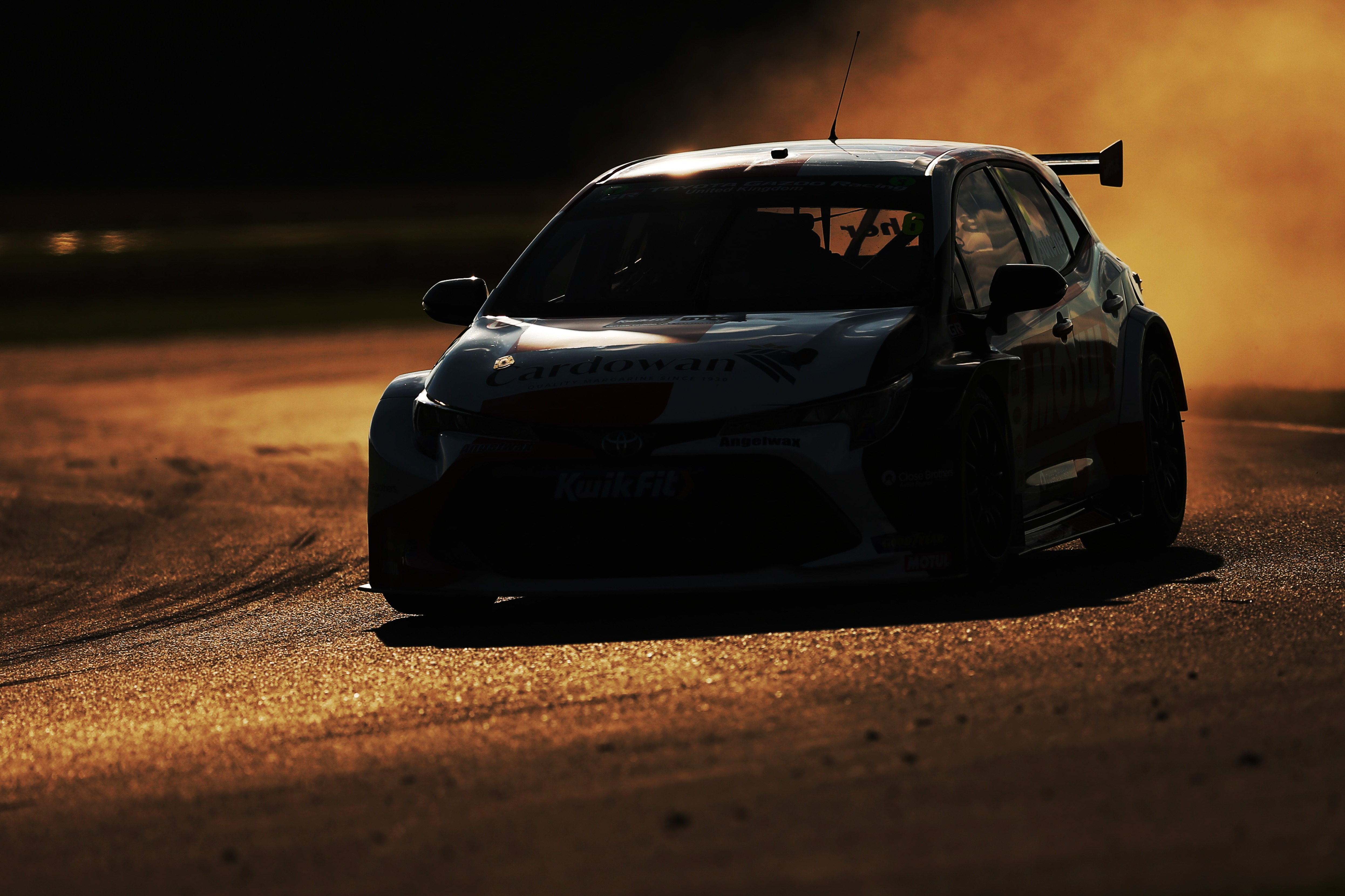 Butcher set the theoretical best sector times in his Corrolla

Oliphant had a wild moment with 10 minutes remaining in the second session with a spin that left rubber from a shredded rear tyre all over the track at Hawthorns; Oliphant parked the car at the chicane, and practice continued without a stoppage.

Ash Sutton, carrying the maximum 75kg of ballast aboard his Laser Tools Racing Infiniti Q50 as the championship leader, was in the top 10 in both sessions but outside it overall.

Four-time champion Colin Turkington was midfield with 39kg on his WSR BMW.

Apart from Oliphant, the other drama occurred in the first session when Jade Edwards took her BTC Honda back to the pits after power-steering failure.