Butcher and his Speedworks Motorsport Toyota Corolla GR Sport led from start to finish, but Hill was breathing down his neck throughout the 10 laps of green-flag racing following a mid-race safety-car interlude.

The crisp conditions allowed Butcher to make his escape during the early laps, while Hill and Adam Morgan, second and third on the grid, toiled to warm up the tyres on their rear-wheel-drive BMW 330e M Sports.

Butcher was over a second to the good by the end of the opening lap, and had extended that to 2.4s the following time around owing to a massive scrap behind.

Tom Ingram had squeezed his Excelr8 Motorsport Hyundai i30 N ahead of Ciceley Motorsport man Morgan on the opening lap, and then chiselled an opening on Hill on the inside of Luffield on the following tour.

But Hill just clung on to the position at Copse Corner, and this allowed Butcher to stretch his advantage to over 3s.

Furthermore, the concertina effect on the pack behind led to contact from Dan Cammish on Ingram at Luffield that sent the Hyundai sideways and down to sixth position.

Further back, championship leader Colin Turkington, running 10th in his WSR BMW, was nudged into a spin by contact from the BTC Racing Honda Civic Type R of Josh Cook and dropped to the back of the field. 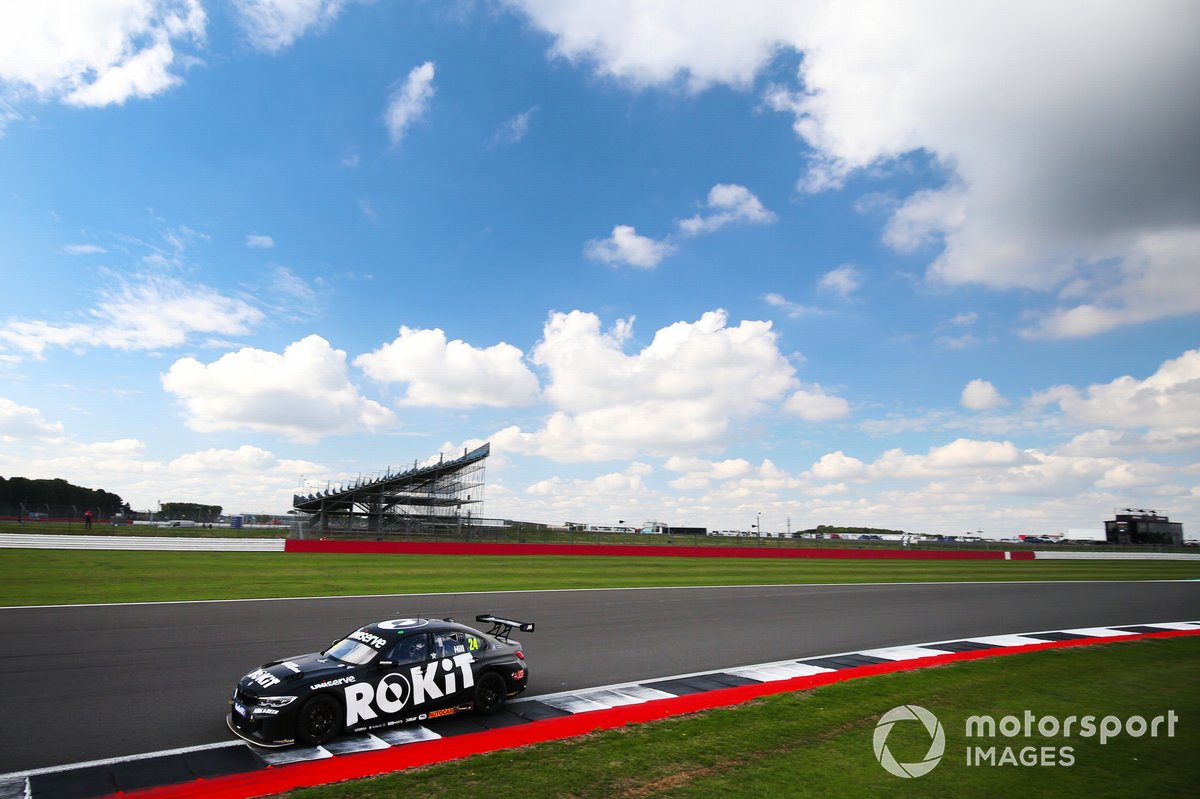 Now free of Ingram’s challenge, Hill began to erode the gap to Butcher from lap six onwards. By the end of the 11th lap it was under a second, and then out came the safety car after Ash Hand’s Vauxhall was pushed into the gravel at Becketts.

Hill went with Butcher at the restart, while Morgan completed a three-car train that ran in close formation to the finish.

Hill feinted to the outside into Brooklands on the 16th lap of 24, but the Toyota clung on in front.

The Kentishman then tried to the inside at Brooklands with three laps remaining, but Butcher remained resolute to win by 0.299s, with Morgan just 0.2s further adrift at the chequered flag.

“Oh man, I thought I’d checked out there,” said Butcher.

“I was trying to regen the hybrid, but Jake just made so much inroads.

“The safety car equalised everything and I had to do 10 qualifying laps! I’ve been waiting so long for another win and it’s great to do it for everyone and finally repay them.” 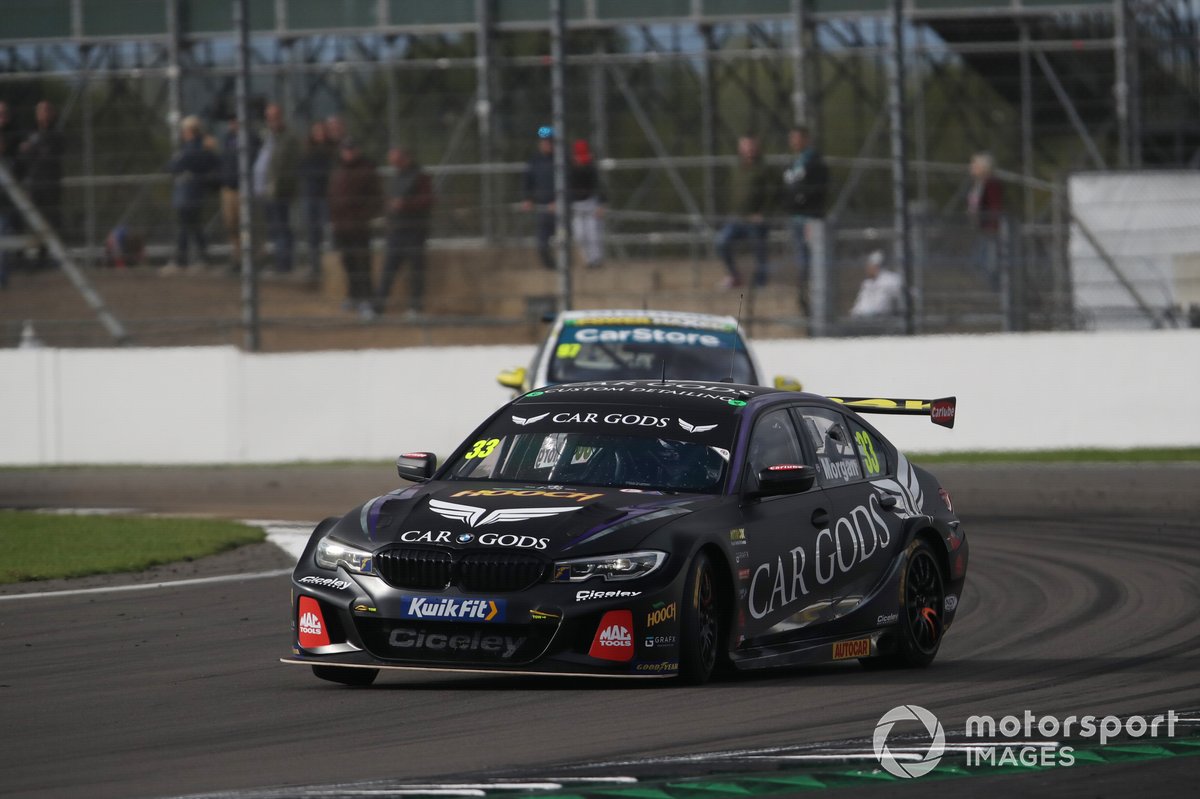 Behind the leading trio, Gordon Shedden moved his Team Dynamics Honda up to fourth when he passed Cammish at Luffield on the sixth lap.

Ingram, who claimed fastest lap and the point that goes with it, then further demoted Cammish at Brooklands two tours later, but found it impossible to make further progress and pass Shedden for fourth.

Cammish dutifully moved aside on the final lap to allow the sister Motorbase Performance Ford Focus of Sutton into sixth, and the reigning three-time champion has now moved back into the points lead ahead of Turkington.

Turkington had made his way up to 25th when he was collateral damage as a result of a clash between Aiden Moffat and Jack Butel at Becketts.

The Northern Irishman pitted with two broken toe plates on the left-front corner and continued to finish nine laps down, giving him 27th on the grid for the second race.

He is now four points behind Sutton, and only six ahead of Hill and Ingram, who are tied for third.