Butcher set the time 10 minutes into the session – he picked up a tow from Ash Hand in the middle sector, but then lost time behind the Vauxhall in the final portion of the lap, and they both had to pass a slower car at Luffield.

Despite this, it was enough for the Scot to beat Jake Hill’s West Surrey Racing-run BMW 330e M Sport to pole by 0.037 seconds.

“I didn’t know whether pole was going to happen in that session,” said Butcher, who was allowed 7.5 seconds of the maximum possible 15s hybrid boost per lap.

“Last year I didn’t receive a tow, but today I did – I had to be quite strategic.

“The car was amazing – it reminded me of last year. I’ve had a whole season of no pole positions, but we’re back.” 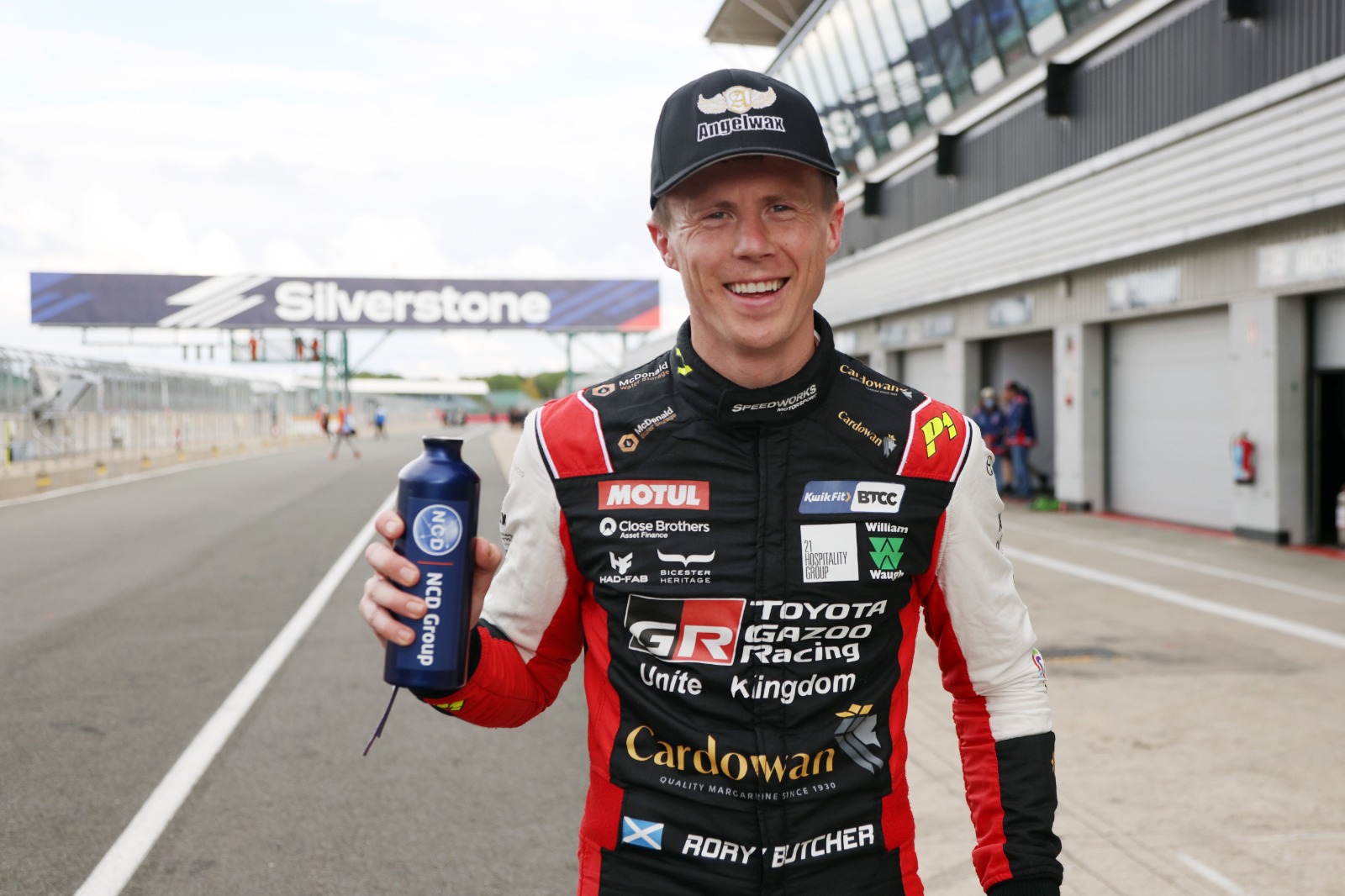 Hill was part of a WSR drafting troupe in the first half of the session with team-mates Colin Turkington and Stephen Jelley.

There was a mid-session red flag to retrieve the stranded Ciceley Motorsport BMW of the luckless George Gamble, who had parked by the bridge on the Wellington Straight.

Hill went it alone after this and, on 4.5s of hybrid, he improved his previous best, but not by enough to improve upon his second place.

Similarly, free practice topper Adam Morgan was third at the break in his Ciceley BMW, then improved his time, but remained in the same position, on the full 15s boost.

Morgan recorded no fewer than seven laps within 0.2s of Butcher’s pole time, suggesting he is in good shape for Sunday’s races.

Tom Ingram was fourth at the time of the red flag at the wheel of his Excelr8 Motorsport Hyundai i30 N (3s of hybrid).

After the session restarted, Ingram lost that position to Dan Cammish’s Motorbase Performance Ford Focus, only to snatch it back with three minutes remaining.

Cammish, who scored a breakthrough Ford win at Thruxton last time out, ended up fifth, while Ricky Collard continued his strong day in the second Speedworks Toyota to qualify sixth.

Cammish played the team game to tow around team-mate Ash Sutton, who had 1.5s of hybrid per lap, and ended up seventh. The reigning champion will share the fourth row with the Team Dynamics Honda Civic Type R of fellow three-time title winner Gordon Shedden.

Dan Lloyd improved to ninth late on in his Excelr8 Hyundai, knocking championship leader Turkington – who had no hybrid use allowed – down to 10th.