The Scottish circuit, with its uphill exit from a tight hairpin, has always been renowned for favouring rear-wheel drive cars, and Hill capitalised to perfection in his West Surrey Racing-run machine.

Reigning and three-time champion Ash Sutton was the only non-BMW interloper among the leading sextet with his Motorbase Performance Ford Focus, and on his second run he trimmed the gap to Hill’s previous best to within 0.1 seconds.

But Hill’s next run moved the goalposts once again, and the Kentishman ended the session 0.206s clear of second-placed Sutton with three laps quicker than the best anyone else could manage.

“It reminds me a bit of 2020, when Ash pipped me to pole here, so I’m returning the favour,” joked Hill, who had six seconds of hybrid usage per lap.

“It’s really nice to drive the BMW around Knockhill – and I’m happy with everything to do with the car and the team, and to be two tenths clear is something to be proud of.”

Sutton, who has yet to win a race since his switch to the Motorbase Ford squad for 2022, was happy with his effort – with 4.5s of hybrid – to line up alongside Hill on the front row.

Following a late red flag due to Nic Hamilton’s Team Hard Cupra visiting the gravel trap at the hairpin, Sutton went on a last-ditch effort, but his left-rear skimmed the gravel exiting the chicane, and then he got the whole of the left side of the car into the gravel out of the hairpin, costing him any chance of improving.

Adam Morgan sat in third place in his Ciceley Motorsport BMW (with 12s of hybrid boost) at the stoppage, but a last-ditch attack from Colin Turkington (3s hybrid) elevated WSR’s four-time champion to the position at the chequered flag.

Similarly, the third WSR car of Stephen Jelley flashed past the flag to improve to fifth, displacing the Ciceley BMW of George Gamble, who had tucked in behind Sutton on his late flier to move up the order. Both these third-row qualifiers had the full 15s of hybrid use. 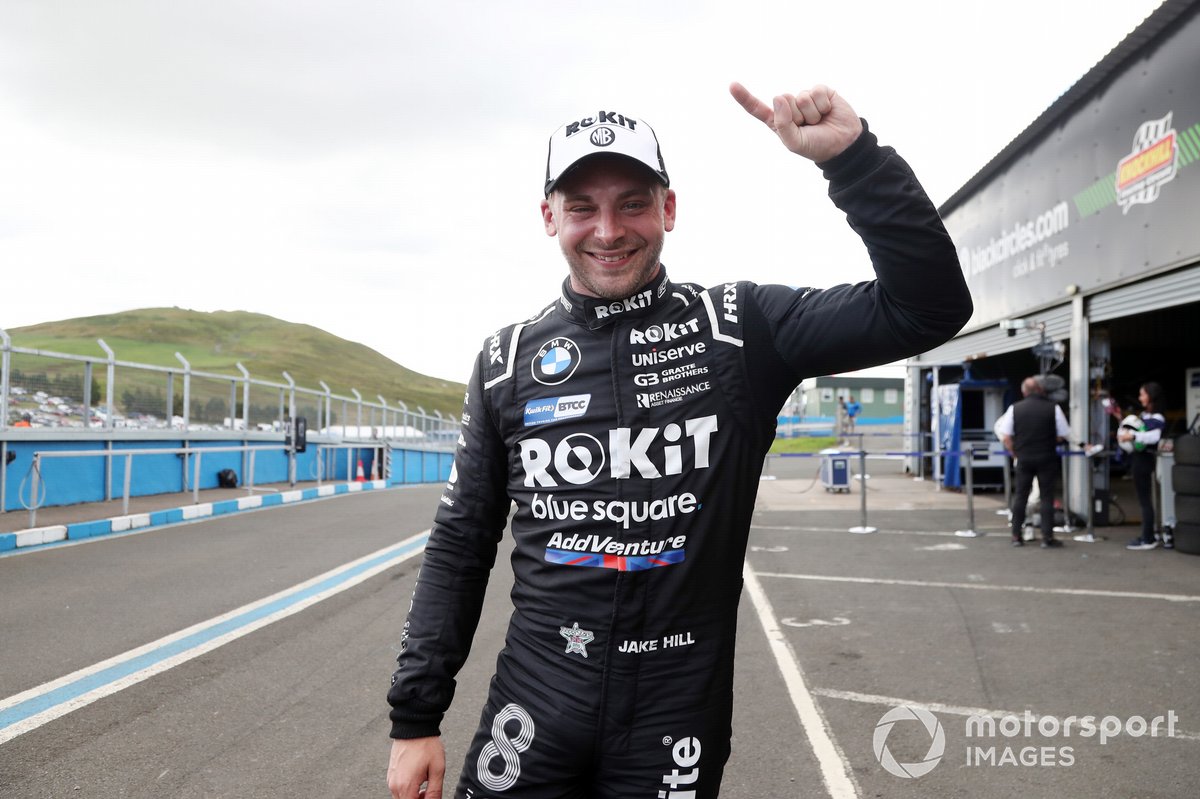 Rory Butcher was in the mix for most of the session with the lead Speedworks Motorsport Toyota Corolla at the circuit owned and run by his family – and where he holds the BTCC qualifying lap record. He ended up seventh on 7.5s of hybrid.

Tom Ingram, allowed no hybrid at all as the championship leader in his Excelr8 Motorsport Hyundai i30 N, will line up in eighth position after surviving a lairy moment exiting the chicane in the first half of the session.

The top 10 was completed by yet another rear-wheel-drive car – the Laser Tools Racing Infiniti Q50 of Aiden Moffat – and the second Motorbase Ford of Dan Cammish.

The expected contenders in Honda Civic Type Rs struggled, with Dan Rowbottom (Team Dynamics) the best in 11th, while team-mate Gordon Shedden and BTC Racing’s current series runner-up Josh Cook, who was still languishing in the speed traps, are on the seventh row.