Ingram, who goes into the weekend sitting fourth in the standings, led the way during the opening 40 minutes of track action at the North Yorkshire circuit with a lap of 1m24.600 seconds that would remain unbeaten during the second session.

Ingram left his best lap until the closing seconds of the first session and was able to prevent Rob Austin from topping the times in first practice for the second meeting in succession.

The pair would end up split by just 0.074s and would fail to better their times in the second session, which was truncated by two red flag stoppages for debris on circuit.

Ingram may well have repeated the feat in the second session had it not been for a yellow flag in the second sector on his final lap caused by the Honda of Dan Cammish, which forced him to back off having gone purple in sector one.

That second session was instead headed by defending champion Ashley Sutton, with his fastest lap being good enough for third on the combined timesheets. 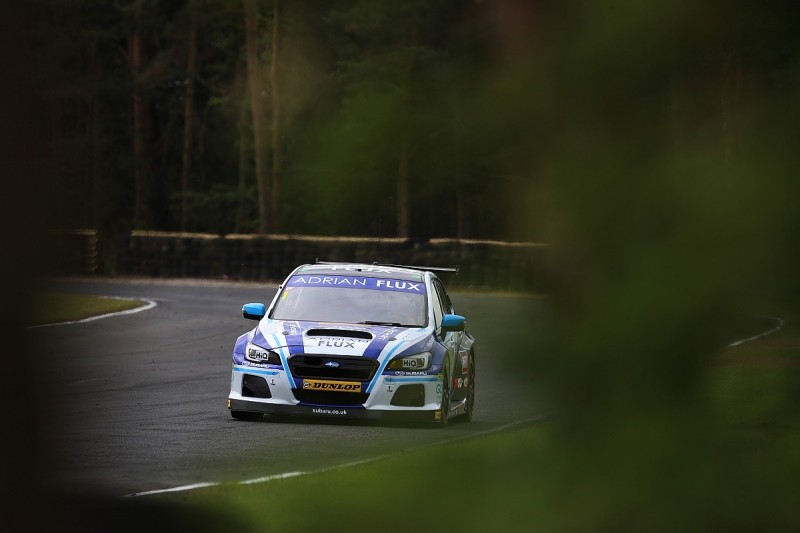 Sutton had also run up front for much of the first practice before late laps from both Ingram and Austin.

It was the most competitive showing from Sutton's BMR team this year, although he was keen to not get too carried away ahead of qualifying.

"It's been a tough start to the year, although that's a bit better," Sutton said. "I wouldn't read too much into it though as we know this is a rear-wheel drive track and with no ballast, we should be right up there.

"The front-wheel drive cars are quite close as well and there are sure to be improvements but we're in a better position than we have been."

Sutton's margin out front in the second session would be even tighter than that seen earlier in the morning, with the Motorbase Ford Focus of Sam Tordoff just 0.009s behind and Josh Cook's Vauxhall Astra also within a tenth of the quickest time.

Rob Collard's BMW was sixth quickest on the combined times.

There was the also strongest performance of the year so far for Jason Plato, who posted the seventh best time with a fine late lap in FP1 - where he was restricted to just five laps due to an electrical issue.