Rowbottom, in just his second BTCC season, moved to the top of the times with six minutes remaining, and a couple of minutes later the sister Civic Type R of three-time champion Gordon Shedden joined him on the front row, just 0.005 seconds adrift.

While Rowbottom is running without success ballast, the performance looks extremely impressive in light of established star Shedden carrying just 9kg into Brands.

“It doesn’t seem real; the team have done a great job and we’ve worked through the day,” said the modest Rowbottom.

“The lap felt really messy, but sometimes they do, right? I think it was more luck than judgement – we managed to do the right things at the right time.”

Jake Hill sat at the top of the leaderboard until the Hondas moved to the fore, with his Motorbase-run MB Motorsport Ford Focus vastly improved from free practice.

Along with all the Fords, Hill, who has 39kg of success ballast, was struggling through Clearways – the most important corner on the Indy circuit – but credited his engineer Craig Pawley with “sort of reinventing the wheel” in time for qualifying.

The late form of the Hondas also knocked Tom Oliphant, carrying no ballast on his West Surrey Racing-run BMW 330i M Sport, off the front row.

The newly engaged Cheshire racer still led the BMW charge, with four-time champion Colin Turkington struggling to 14th on the grid with 57kg of weight on board his car. 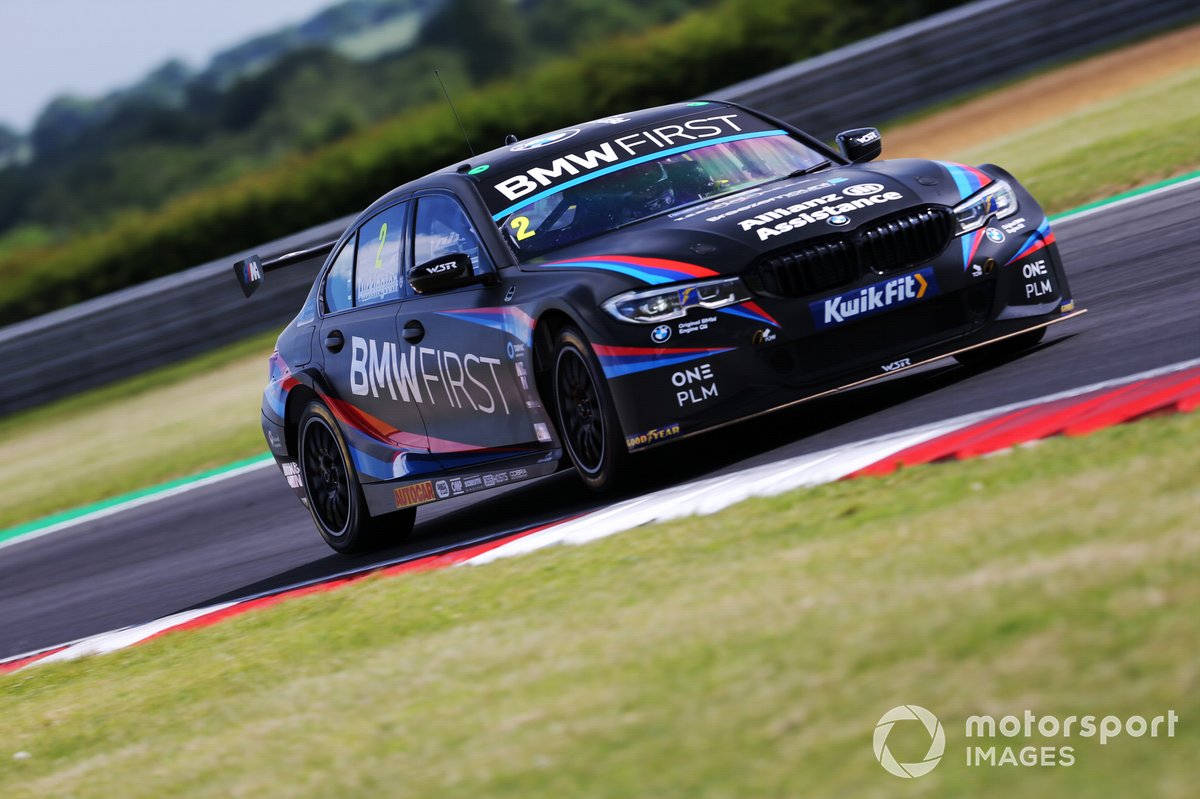 Aiden Moffat put in a strong qualifying performance to plant his Laser Tools Racing Infiniti Q50 in fifth place, while team-mate and reigning champion Ash Sutton emerged in seventh place with the full 75kg ballast on board, justifying his realism after topping free practice.

In between them in sixth place was the Excelr8 Motorsport Hyundai i30 N of Tom Ingram, going nicely with 66kg of weight. Ingram survived a gravelly moment at Paddock Hill Bend but had already set his best time at this point.

Chris Smiley made it two Excelr8 Hyundais in the top eight, while Josh Cook ended up ninth, with 48kg of ballast aboard his BTC Racing Honda.

Completing the top 10 is Stephen Jelley in his WSR BMW, which is carrying 27kg of ballast.