The 2013 title winner left the family-run Eurotech Racing team at the end of 2014 to join the Triple Eight-factory MG squad last year.

He failed to win a race during the campaign and is now desperate to reignite his career.

The 26-year-old sealed his deal with Motorbase last week, and will begin an extensive testing programme during November.

"I am looking at this as more than a one-year deal, and the title has simply got to be the target," Jordan told Motorsport News.

"Going into a new team is going to take a bit of getting used to, but we will certainly be challenging for wins straight away and I am sure we will go to the final round with a chance of winning the championship in 2016.

"We will have the potential to be a championship contender - and why couldn't we win it?"

"One of the things that's important is understanding what is needed to win the title," Bartrum explained.

"We think we understand but we don't know that we do, because we have never won it.

"There is a hunger, a desire, an ability and an understanding of what it takes to get there.

"That is what we get by signing up Andrew Jordan."

The EcoBoost-powered Ford Focus was developed over the first part of 2015 and drivers Mat Jackson and James Cole only joined the campaign halfway through.

Despite the late arrival, Jackson won four races and finished 12th in the drivers' standings.

The identity of Jordan's team-mate is yet to be revealed.

Bartrum said he had applied for a third TOCA BTCC Licence (TBL) and was looking at the option of running three cars next season.

"I know there is a big queue of people who want another licence, but we have a lot of things in place and it would work really well for us. We are in talks at the moment," said Bartrum. 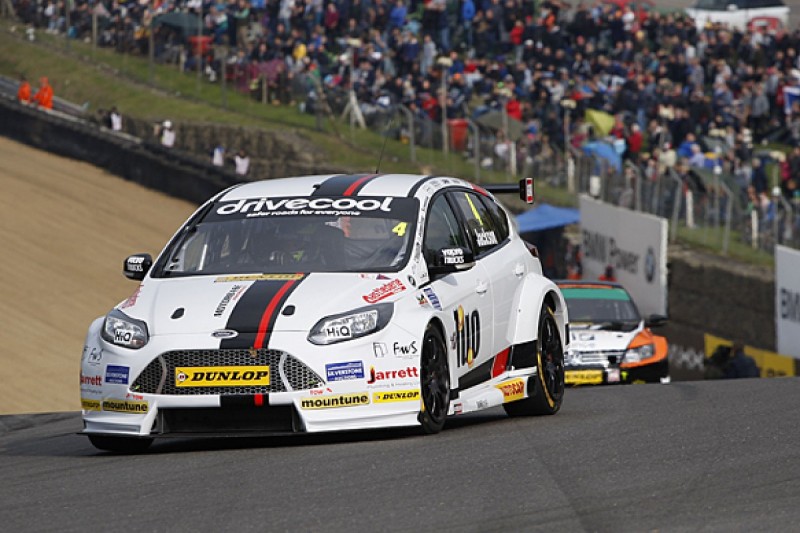