It's become expected of the British Touring Car Championship to produce breathless racing. But out of the 18 races so far this season, 10 have been won by the polesitter.

That number has been skewed by the introduction of the BMW 330i M Sport, responsible for seven of the light-to-flag victories. But, throughout the pack, the racing so far in 2019 hasn't been vintage.

Combined with the narrow Snetterton 300 circuit, which doesn't often lend itself to thrill-a-minute action, series organiser TOCA introduced a joker for the sixth round of the season.

After a double-length race at the venue last season in recognition of the BTCC's 60th anniversary, this time around drivers had to use all three of the dry Dunlop tyre compounds across the races.

Rather than the usual scenario - where the prime tyre is used twice and the option is fitted once - in each race last weekend drivers lined up on a different compound.

What's more, teams didn't have to nominate in advance what rubber would be used and when. Instead, they could chop and change right up until the car left for the grid.

After the final race, most notable for the battle between hard-shod Jason Plato and his former BMR Racing team-mate Ash Sutton - running on the softest compound - general consensus among the drivers was that the shake-up had been a success. 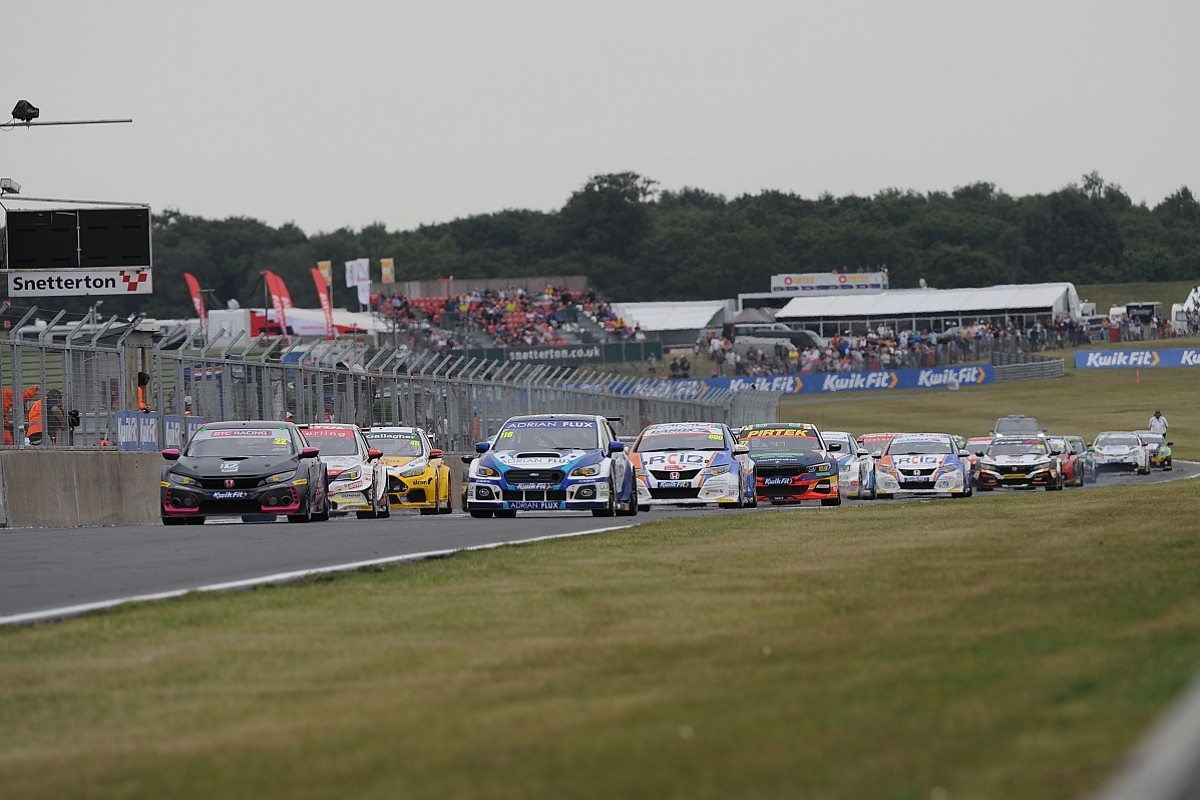 AMD Tuning driver Sam Tordoff said: "I think it's made for exciting racing. It's mixed it up.

"Race three was a climax of everyone being on different strategies all coming together at the end of the day."

Others were more emphatic, calling for the three-tyre rule to be brought in for the entire season.

Sutton, the 2017 champion, told Autosport: "I would [bring it back] actually.

"We planned our whole day around race three to be in that position.

"Having that freedom with the tyre meant we could do that.

"I'm 100% up for doing that at every single round so long as the tracks allow it."

"I wasn't quite involved in what were probably the best bits, but everybody seems to be jumping up and down about it.

"Sometimes Snetterton can be a bit dull racing-wise, so if [the shuffled tyres] produced a stormer in race three then why not have it at every round?"

Is there a case to be heard? BTCC chief executive Alan Gow hasn't dismissed the possibility entirely, but the circumstances at Snetterton somewhat flatter the extent to which the variable tyre strategies contributed to the heated finale. 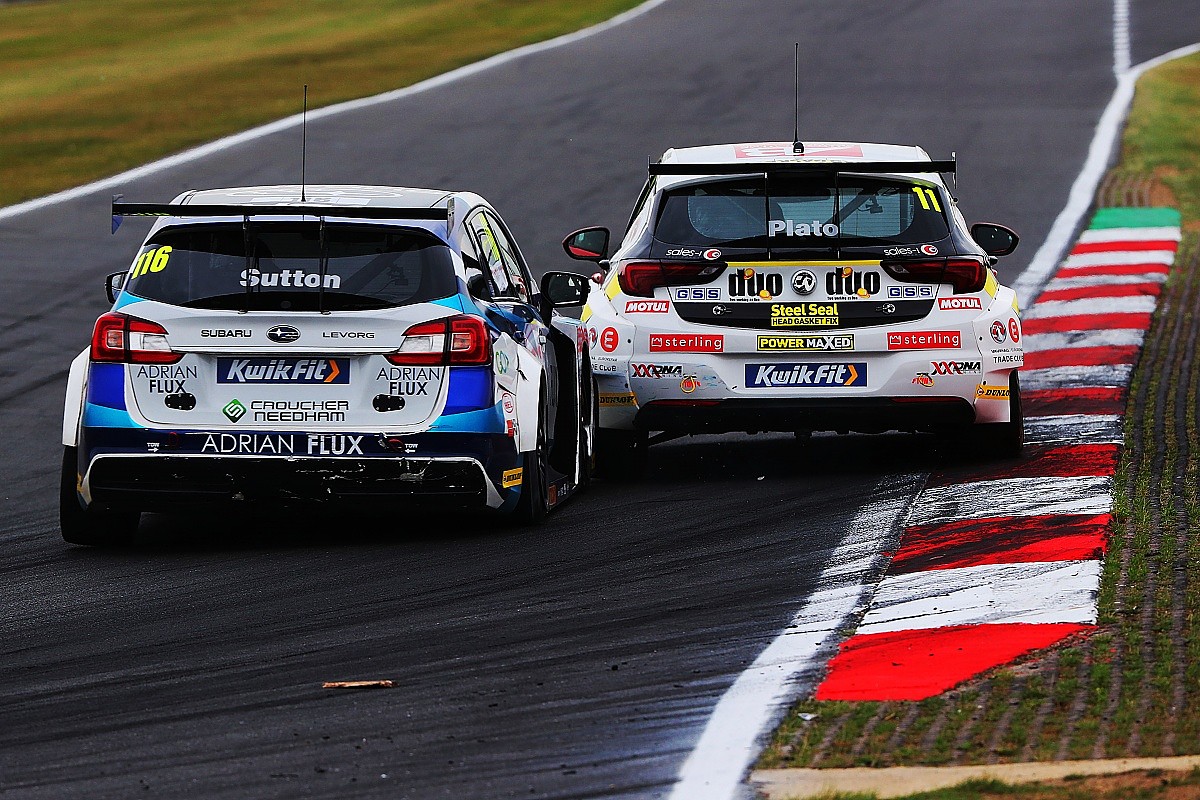 It shouldn't be underestimated how much the history between Plato and Sutton played a part in their thrilling, but ultimately wasteful, battle.

After only two victories in three years - as Sutton lifted the series crown, and as the behind-closed-doors politics boiled over - Plato's memories of his time with the Subaru Levorg are not kind.

The needle between the two stretched beyond a simple in-race rivalry, as both seek to return to the top step of the podium.

Thruxton needs considering also. The debut of the Silverstone International circuit on the 2020 calendar means the Hampshire track will only feature once, but it remains an outlier. The high-speed nature and very abrasive asphalt limits Thruxton to the use of the hard Dunlop only. For the time being, the three-tyre format would be off limits there.

The BTCC is an entertaining spectacle with the series not afraid to introduce success ballast and alter turbo boost levels to ensure the racing is, for the most part, frenetic and close.

It's not a purist's dream, but there's still a case to be made that the variation between each car made the racing harder to follow.

The soft tyres have a green sidewall, there's yellow for the prime medium tyre, and a silver sidewall for the hards. But from the circuit banks, or on TV, for the avid fan it becomes a more laborious task to work out the specifics of each driver. Granted, one might argue that's not the spectators' biggest concern.

But away from the headline race three dice, it's not as if overtaking was in abundance. That's also taking into account an amendment to performance levels that boosted all non-BMW engines, which should've brought the field closer.

Several big-name drivers might have enjoyed the changes to the tyre rules, and even want to see it become a near-permanent feature, but in this instance advancing with caution is key. 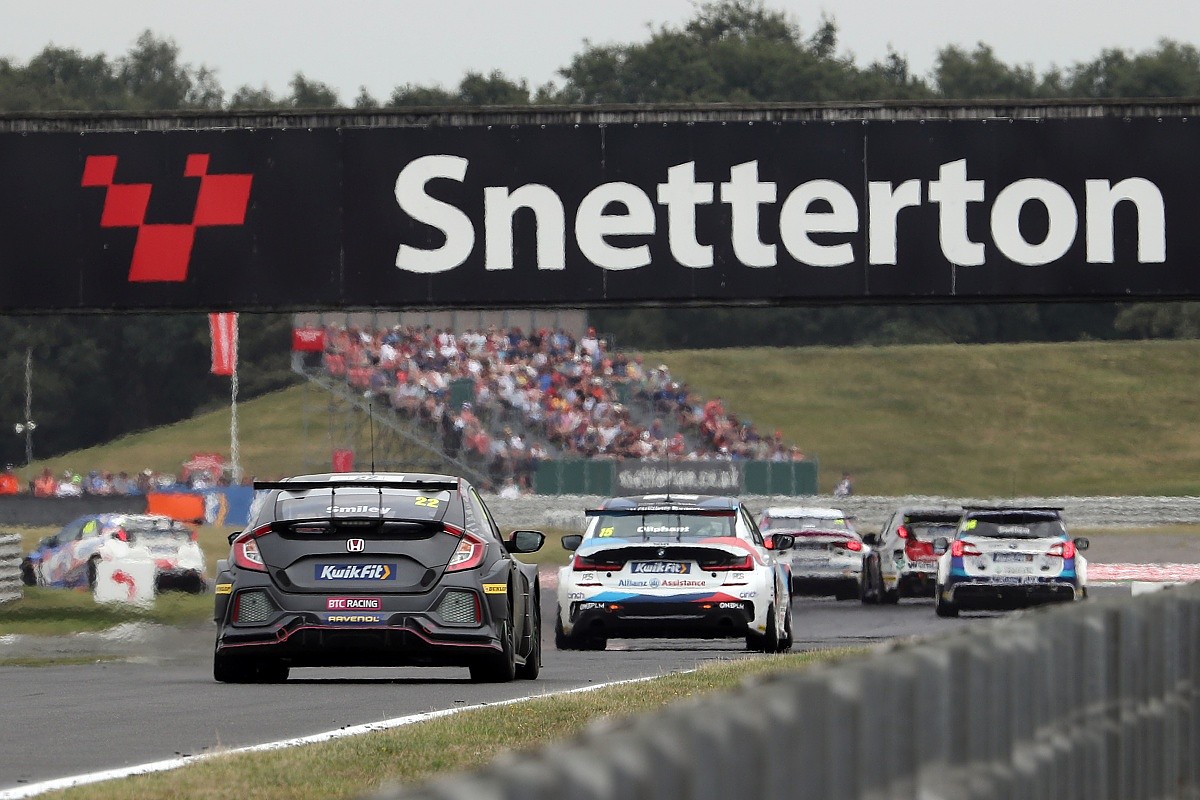