Spaniard Azcona, 26, became champion at the end of the Q2 session when Munnich Motorsport’s Nestor Girolami, the only driver with a hope of beating him to the title, slumped to the 12th fastest time - missing out on the points on offer in qualifying in order to remain mathematically in the title hunt for Sunday's two races.

The new champion and his BRC Hyundai N Squadra Corse team celebrated over the radio, before refocusing on the Q3 shootout. He set the third-best time of the five drivers, as Berthon knocked BRC Hyundai’s Norbert Michelisz off the top spot as the last to run.

“Incredible, unbelievable,” said a delighted Azcona. “I worked all my life for this, a very hard four last years here in WTCR to win the championship. Basically this is my life’s work starting with my family, my parents. Now we are world champions.”

Berthon was also overjoyed having always missed out on pole this season, despite his strong record of making it through to the Q3 shootouts.

“Finally, pole position at the last race,” said the Frenchman. “It’s better than ever, eh? I am very happy. We have worked so hard to have this. We still have a job to do tomorrow and get some points.” 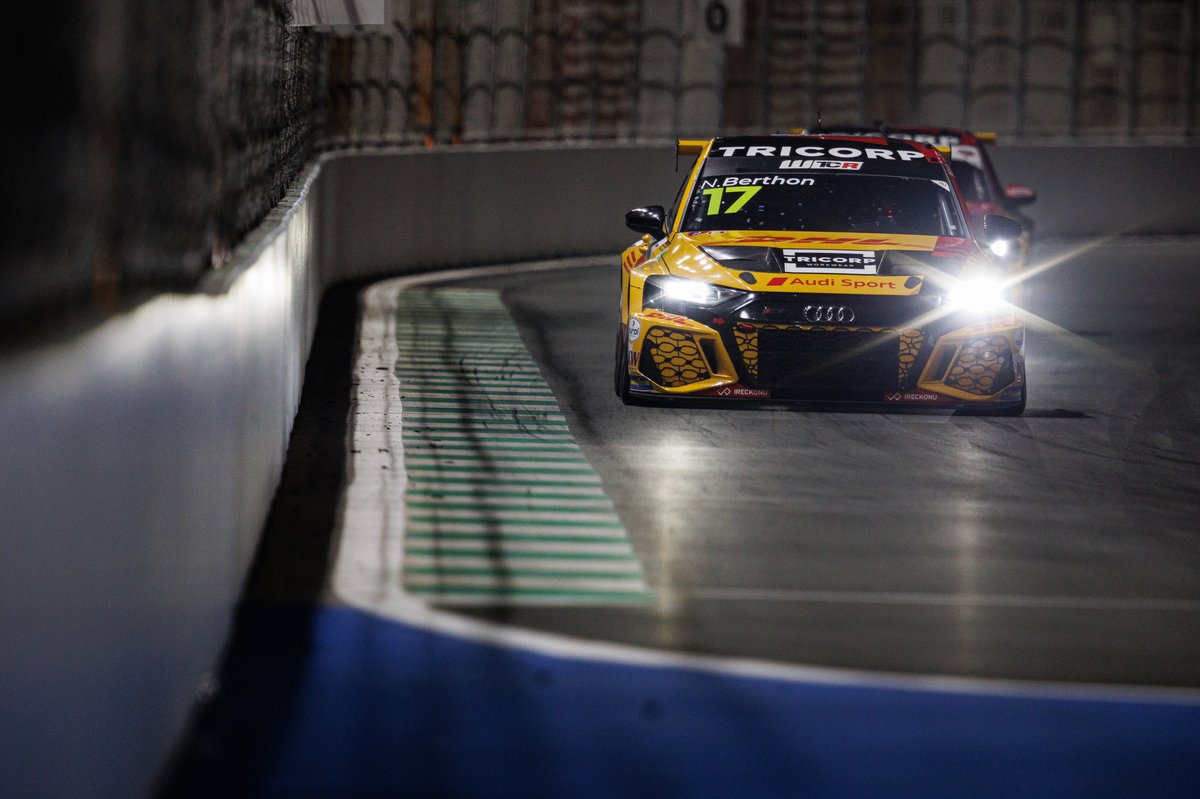 On a shortened 2.1-mile layout of the Saudi Arabia Grand Prix circuit, the Hyundai and Audi drivers used tows from their team-mates through Q1 and Q2. But Girolami in his Honda always lacked the pace he required to keep his title hopes alive ahead of the two races on Sunday. He only progressed to Q2 with the 10th best time in Q1 and then was slowest of all in Q2.

Michelisz will join Berthon on the front row for race one on Sunday, with Azcona and Audi’s Tom Coronel on row two. Gilles Magnus was the slowest in the shootout and will line up fifth, with Franco Girolami – brother of Nestor – sixth in his Audi.

Attila Tassi qualified 10th in his Engstler Honda, which means the Hungarian will start the partially reversed-grid race two from pole position.