Rob Huff put his troubled return to the World Touring Car Cup behind him by scoring a shock pole position at the Hungaroring to send Zengo Motorsport into rapture at the team’s home race.

The 41-year-old hadn’t qualified his new Cupra Leon higher than 15th in the previous three rounds, but made it through the opening Q1 session in fourth, set a new qualifying lap record in Q2, then got the better of Santiago Urrutia’s Lynk & Co and home hero Norbert Michelisz in Q3 to take pole by an impressive 0.297s.

“It’s been tough, so first a huge congratulations to the Zengo team,” said a delighted Huff, who was left without a drive in the WTCR last year after Volkswagen pulled out of the series. “They’ve worked so hard to get in this position for their home race. We’ve really struggled this year, it’s no secret. But I managed the lap of my life in Q2 to get into Q3 and to get this result is just fantastic. It’s a dream come true for the team.”

Behind Urrutia and Michelisz, Nestor Girolami was fourth fastest in the shootout in his Munnich Motorsport Honda Civic Type R, with Thed Bjork fifth in his Lynk & Co.

The biggest surprise of the day was Jean-Karl Vernay’s poor session, the WTCR points leader failing to progress beyond Q1 after only managing to qualify in 16th. Michelisz was the only one of the four Hyundais to make it through to Q2.

“We simply had a lack of improvements,” Vernay, who is also racing in the Pure ETCR races at the Hungaroring this weekend, said. “Norbi on home soil and is looking to achieve something great, but we couldn’t. The car was great, but it lacked performance. We have a lot of compensation weight, but we’re definitely not where we want to be.” 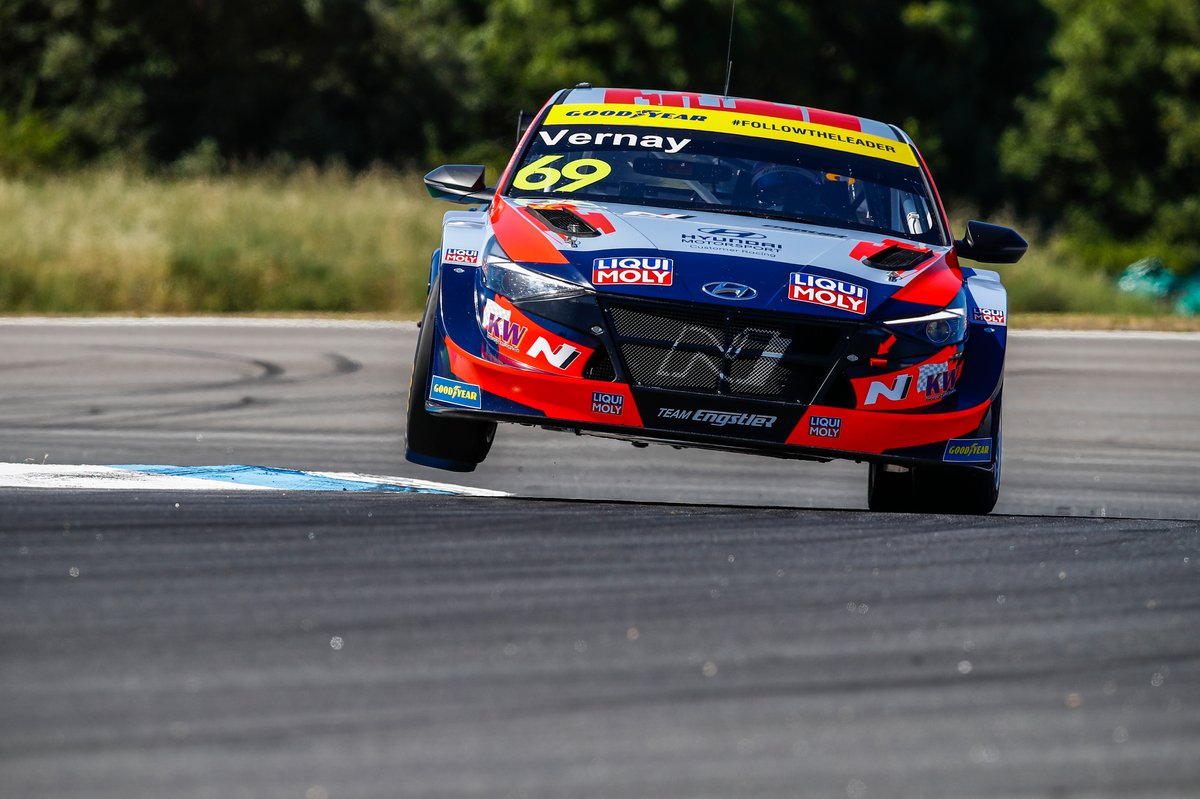 In contrast, Michelisz made progress through the session, to the delight of the partisan crowd that has been allowed to return to the Hungaroring this weekend after the WTCR raced behind closed doors in 2020.

“I’m very happy and proud,” he said. “We improved the car run by run and made a big step from Q1 to Q2, raising the bar every time. I’m sad for the team because we struggled today and it’s been tough in general. But I’m sure we can find a solution for tomorrow.”

Belgian Gilles Magnus will start the partially reversed-grid race one from pole position after setting the 10th best time in Q2 in his Comtoyou Audi RS 3 LMS. He will be joined on the front row by Aragon race winner and team-mate Frederic Vervisch.