The World Touring Car Cup deserved better than to bow out under a safety car at its Jeddah finale on Sunday, but that’s the hand that was dealt to a series that just couldn’t catch a break in 2022. A growing accumulation of bad luck, thorny problems without obvious answers and manufacturer apathy led to the WTCR’s demise, as French-based promoter Discovery Sports Events pulled the plug early on its deal with the FIA after five years running to the TCR rulebook, from what grew out of its old World Touring Car Championship.

As a certain other World Cup rumbled on over the border in Qatar, the first international tin-top races to be held in Saudi Arabia were marked by a mix of emotions: joy for deserving new champion Mikel Azcona, whose title was confirmed in the middle of qualifying on Saturday; frustration for hero to zero race one winner Nathanael Berthon, his stranded Audi the cause of the anti-climactic race-two safety car following the Frenchman’s collision with the returning Rob Huff; and sadness that a decent, highly competitive series has ended.

The Goodyear tyre failures that triggered embarrassing race cancellations at the Nurburgring Nordschleife in May were a serious blow, especially when further trouble at a sweltering Vallelunga provided a get-out clause for Cyan Racing to pull its five Lynk & Cos, including that of double champion Yann Ehrlacher and his uncle Yvan Muller. Organisers put on a brave face, then eventually admitted defeat.

But this failure was about more than tyres and petulant teams. As series chief Francois Ribeiro explained, plans to introduce an e-fuel proved too optimistic.

“Unfortunately, it has become apparent that 100 per cent fossil-free fuel is not yet compatible with the production engines used in the TCR category because it puts too great a demand on mechanical components,” he said.

“With more corporate sponsors not wishing to be associated with a category that does not use fossil-free fuel, we have very real concerns that this will have a negative impact on WTCR grid numbers next season, which have already been compromised by the global health pandemic, the war in Ukraine and weakened economic outlook.” 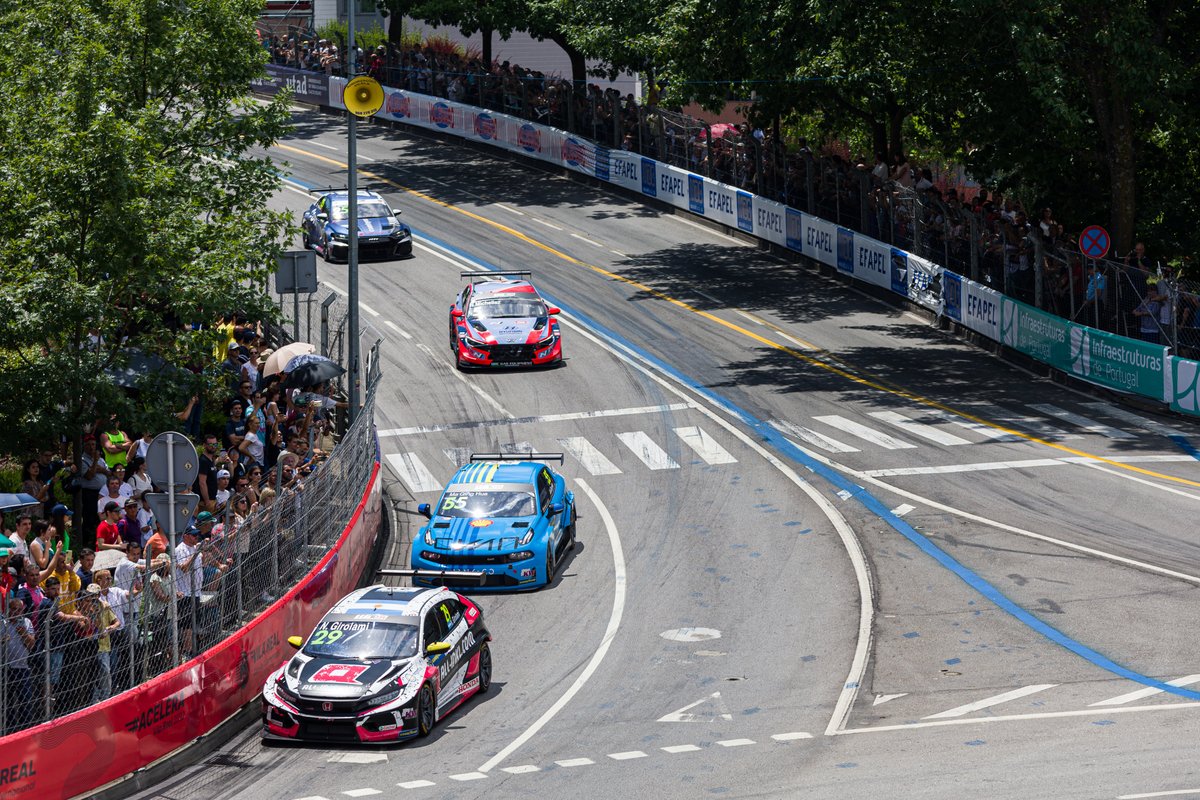 WTCR floundered despite involvement from Honda, Lynk & Co, Hyundai, Audi and Cupra - although the second of those pulled out after Vallelunga

That explanation indirectly adds further vindication to a major development in another series this year. In the context of fossil fuel’s increasing toxicity far beyond physical emissions, it really is just as well the British Touring Car Championship switched to hybrid power in 2022. The many fans of the UK series would say it’s long been the case anyway, but in the wake of the WTCR’s demise and the DTM having morphed into just another GT3 series, the BTCC is now unequivocally Europe’s premier touring car series.

As a formula, TCR is a huge success story, given how the number of cars built and sold has long surpassed four figures, mostly for use in national series as well as the low-key European championship. There’s no reason that story can’t continue despite the sinking of the flagship.

But the loss of the WTCR does leave a gaping hole on the international scene, which is only partly filled by the short-format eTouring Car World Cup, also promoted by Discovery. So what’s next? There’s no answer, yet. The FIA says it is undertaking a review.

“There is a need to identify and assess what is the best and most sustainable future for top-flight touring car racing as part of the FIA portfolio,” said the FIA’s Touring Car Commission president Alan Gow, also captain of the good ship BTCC, of course.

A one-off World Cup, like those that brought together star-studded grids from the national Super Touring series back in the 1990s, would be fun. But one weekend per year – and probably not until 2024 – is surely not enough to justify commitments from heavy-hitting manufacturer-backed customer teams

“Our goal would be to maintain a world title for conventionally powered touring cars and ensure the competition is strong and prestigious. Throughout its history, world touring car racing used different formats, with titles decided either through a series or at a single event. Currently we are considering all the possibilities.”

A one-off World Cup, like those that brought together star-studded grids from the national Super Touring series back in the 1990s, would be fun. How about holding it at Macau? But one weekend per year – and probably not until 2024 – is surely not enough to justify commitments from heavy-hitting manufacturer-backed customer teams such as BRC Hyundai, Munnich Motorsport Honda, Comtoyou Audi or indeed Cyan Lynk & Co.

As for Azcona, the new world champion is left with a crown he might never defend. Not that he seemed too bothered in Jeddah.

“At the moment I’m not really thinking about the future,” he told us. “I want to enjoy winning the championship and celebrate a fantastic season. I would love to continue with Hyundai because if you are around such people good things can come. But we don’t know what the picture will look like. At the moment I cannot tell you where I will be.” 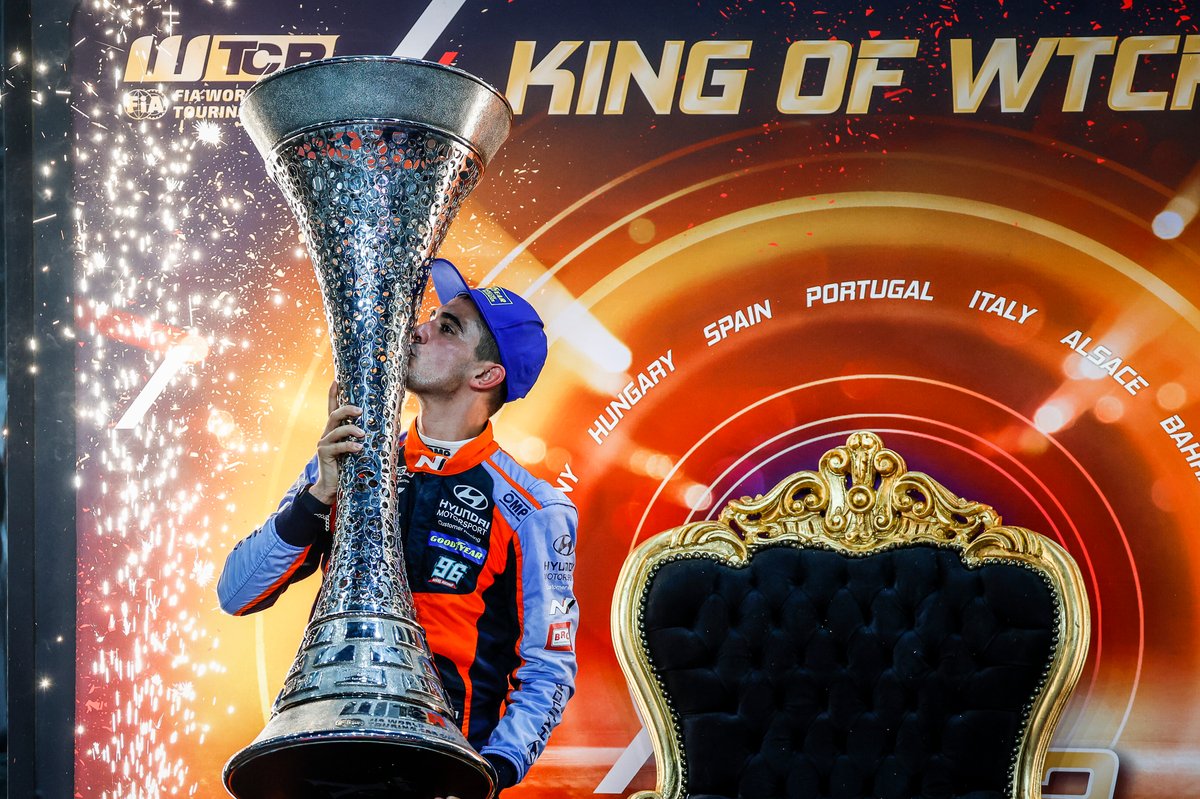 Azcona was crowned champion as the series bowed out

More ETCR seems likely, and doubling up with that title next year would complete a set. But Azcona told us back in the summer he has an eye on Le Mans too. As a world champion, momentum is with him and now is the time to strike while he’s hot.

Insight: How Azcona put himself on the brink of the title

Oh, and quite rightly he couldn’t care less that Cyan and Ehrlacher didn’t stick around to be beaten. His title shouldn’t be cheapened by their absence.

“As a driver you want to fight until the last moment, but that’s not something in your hands,” he said. “You cannot control what they decide, and even without them the championship was very tough, with Honda, with Bebo [runner-up Nestor Girolami], the Audi drivers and Rob Huff as well, who was very quick in some rounds. I really enjoyed the season and we have to be proud. The level of competition was incredible.”

It was. But now it’s gone up in smoke. What a pity. 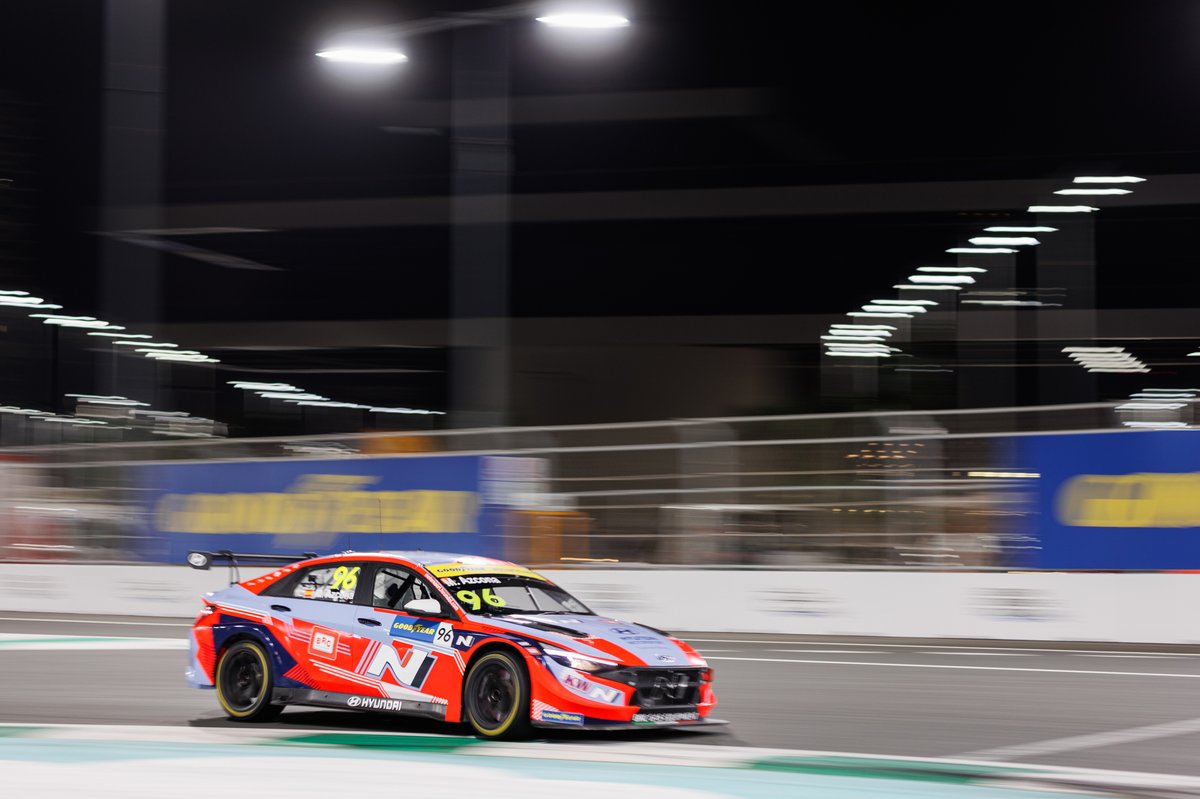