Michelisz posted a time of 1m59.498s in his BRC Racing Hyundai i30 N TCR to end up nearly three-tenths of a second ahead of team-mate Augusto Farfus.

Yann Ehrlacher was the best of the Cyan Racing Lynk & Cos in third, a further tenth behind Farfus, with Rob Huff fourth in the Sebastien Loeb Racing Volkswagen Golf GTI.

While two BRC Hyundais topped the times, the other two of defending champion Gabriele Tarquini and Nicky Catsburg had an up-and-down session.

Tarquini was the first to bring out the full course yellow when he clipped the tyre barrier on the exit of the Turn 12 chicane.

At that point, Tarquini had not set a representative lap-time and had suffered damage to the front right corner of his i30 N.

He lost his fastest time as a result, but fought back to end the session 11th.

Catsburg lost his best time as punishment for bringing out the second full-course yellow with 14 minutes of the session remaining.

Catsburg held on to another two-wheeled moment at the same corner to end up seventh fastest.

Michelisz had set the initial benchmark time of 2m00.177s but was pipped by Huff by a margin of little over a tenth of a second approaching the halfway point of the session.

The pair traded fastest sector times thereafter but Michelisz eventually set his quickest time on his ninth lap to go half a second quicker than Huff. 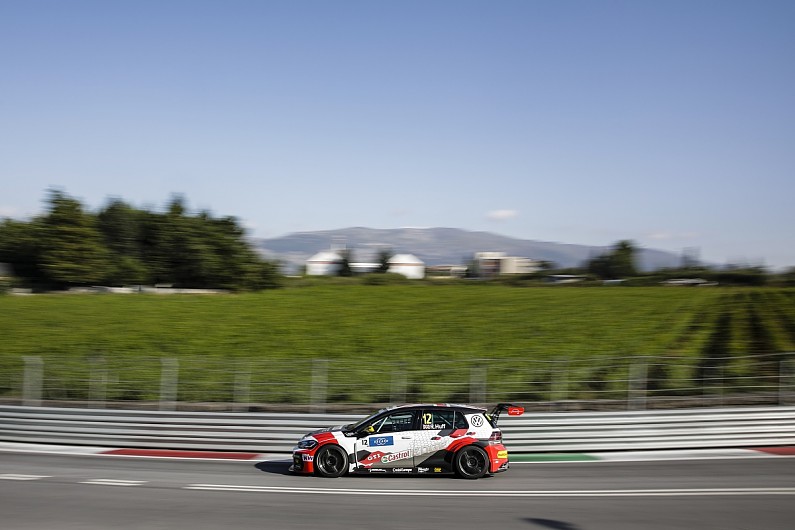 Outside the leading quartet of Michelisz, Farfus, Ehrlacher and Huff, the Team Mulsanne Alfa Romeo of Ma Qing Hua set the fifth-fastest time.

Just over a tenth of a second separated Catsburg in sixth and the second Lynk & Cos of Thed Bjork in ninth.

Between the pair was the Comtoyou Cupra of Aurelien Panis, who had run as high as fifth at one point, with FP2 pacesetter Johan Kristoffersson in eighth.

Championship leader Esteban Guerrieri had a disappointing session and ended up 19th fastest after struggling to find a clear lap early on.

The Munnich Motorsport Honda Civic driver set a personal best time of 2m01.130s, which was some 1.632s off the pace.

Team-mate Nestor Girolami did not fare much better in the second of the Hondas and was 14th ahead of home favourite Tiago Monteiro.

Kevin Ceccon was one of three drivers to receive a grid drop penalty, dropping 10 places after picking up his third reprimand of the year during practice.

Attila Tassi and Mehdi Bennani will also start from the back after changing their Honda and VW engines respectively since the last round at the Nurburgring.