The new World Touring Car Cup has revealed the majority of its calendar for the 2018 season, with nine of its scheduled 10 rounds confirmed

So far, seven of the initial nine announced events were on this year's WTCC schedule.

WTCR will assume the place of the WTCC on the Nurburgring 24 Hours undercard on May 10-12, with the 2018 event due to take place a fortnight earlier than this year's corresponding fixture on the Nordschleife.

The series will also visit Zandvoort, which will host World Touring Cars for the first time in more than a decade.

A three-day event, alongside the TCR Benelux and Europe series, is set to take place at the Dutch circuit and finish on Monday May 21.

Ningbo continues as host of the China round and a Japanese event remains on the schedule but will take place at Suzuka instead of Motegi.

The bill at Suzuka will be shared with the Super Formula season finale.

The gap between the Chinese and Japanese events has been increased from two weeks to four for 2018 - this year's Motegi event had to be altered as storms in the area delayed the shipment of cars - although an unnamed venue is in talks to host a round a week after the Ningbo visit in early October. 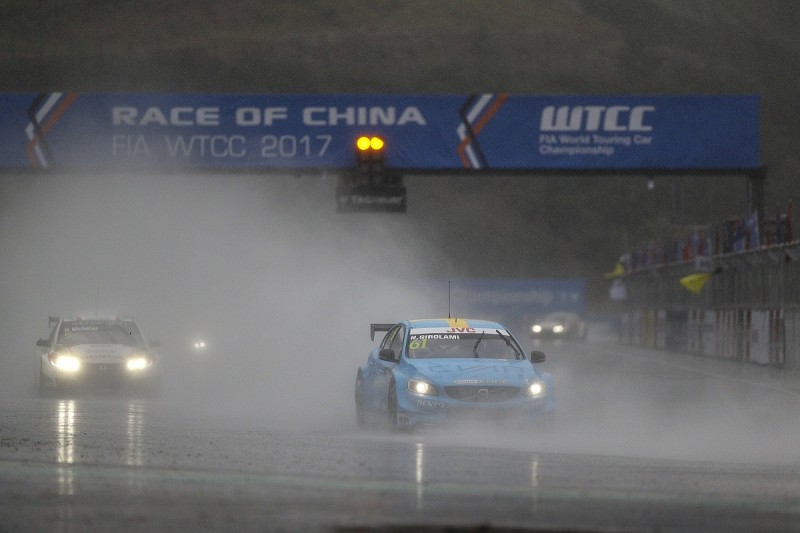 Another undisclosed circuit is also in the running for the final place on the calendar and would slot in between the Vila Real and Termas de Rio Hondo rounds on the July 21-22 weekend.

Ribeiro said Eurosport had not worked with either prospective circuit before.

The WTCC returned to Macau for the first time since 2014 this year and the street circuit is set to host the new world cup's '18 season finale in November, two years after a row erupted between TCR International Series officials and Macau Grand Prix organisers.

The campaign will begin as the 2017 WTCC season did on the Moulay El Hassan street circuit in Marrakech, while teams will then head to the Hungaroring three weeks later.

Portugal's Vila Real street circuit and Termas de Rio Hondo in Argentina both keep their mid-season slots carried over from the WTCC calendar.

Neither Monza - which returned to the WTCC calendar for the first time in four years in 2017 - or this year's season finale host, Qatar's Losail circuit, were announced on the provisional WTCR calendar.